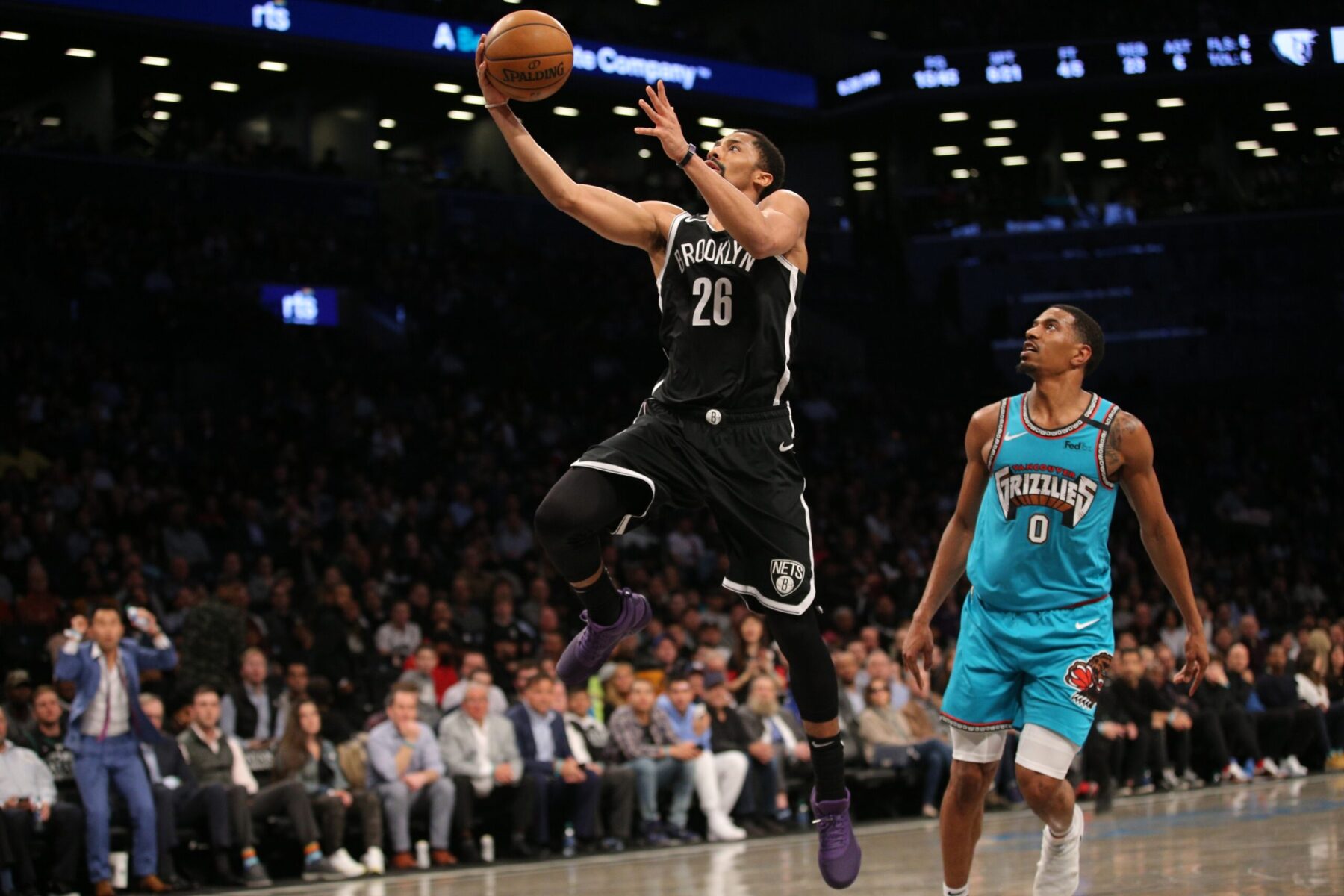 The Brooklyn Nets lost guard Spencer Dinwiddie for the season after he suffered a partially torn ACL in his right knee.

Even with Dinwiddie done for the year, ESPN’s Zach Lowe revealed that the injury does not “make or break” Brooklyn’s ability to trade for Houston Rockets superstar James Harden.

“Spencer Dinwiddie’s health did not make or break the Nets’ ability to get James Harden,” said Lowe on his podcast. “It’s unclear to me, frankly, if those teams have had anything resembling a serious conversation about James Harden. Let’s make that clear. I don’t sense that there’s been hardly any traction there at all. And maybe the way the Nets started had them thinking ‘Why are we messing with this?'”

While Dinwiddie would have been a valuable piece, the Nets still have other players that they could include in a deal for Harden such as Caris LeVert and Jarrett Allen.

Dinwiddie could be a free agent at the end of this season, so there would be no incentive for the Rockets to trade for him unless they planned on signing him to a contract extension.

Harden reportedly has the Nets as one of the teams he would like to be traded to.

While nothing substantial has developed, the Nets could pair Harden with Kyrie Irving and Kevin Durant if they do decide to make a trade.

Harden is one of the best scorers in the NBA, but it would be interesting to see if that trio would be able to play together.