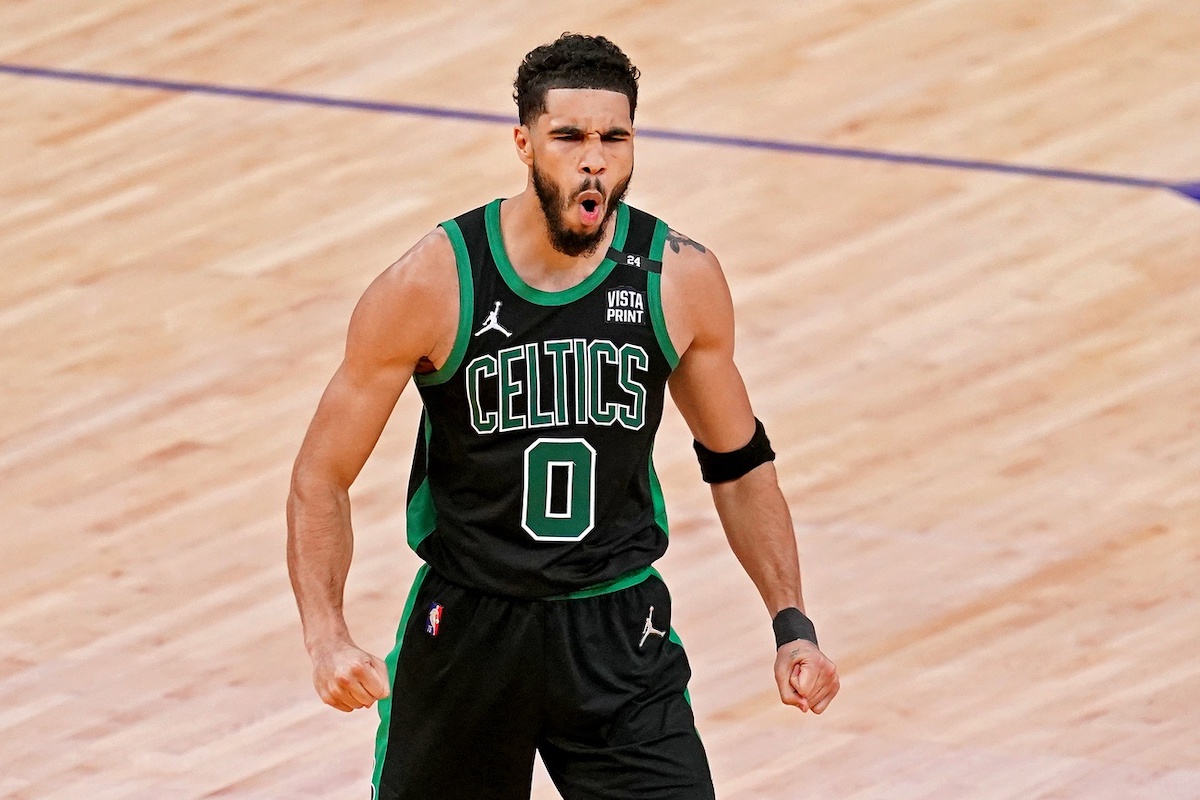 Recently, the 2021-22 All-NBA teams were released, and some fans were perplexed by the fact that Philadelphia 76ers superstar big man Joel Embiid did not take home All-NBA First Team honors.

As many NBA fans know, Embiid finished second in the MVP race. For that reason, the 28-year-old being relegated to the All-NBA Second Team came as something of a surprise to some fans.

One individual who expressed confusion on the issue was Boston Celtics star Jayson Tatum. Tatum, who is currently leading his team in a heated battle in the Eastern Conference Finals against the Miami Heat, took some time to speak out against the league’s All-NBA voting criteria.

"Joel Embiid was second in MVP voting and made second team. Doesn't really make too much sense."

Jayson Tatum speaks out on the voting criteria for the All-NBA team pic.twitter.com/F0StOVEbfM

Without a doubt, Embiid had a miraculous campaign during the 2021-22 regular season. He finished with averages of 30.6 points, 11.7 rebounds and 4.2 assists per game. He was the heart and soul of his team.

As for Tatum, he was awarded All-NBA First Team honors. He’s certainly backed up that recognition in the playoffs. Of all the players remaining in the postseason, Tatum has been one of the best playoff performers.

Though Tatum took the time to express his dissatisfaction with the All-NBA voting process, he is likely far more concerned with the task at hand for his team. In a matter of hours, he and the Celtics will play in a pivotal Game 5 in South Florida.

The winner of Wednesday’s game will take a one-game lead in Eastern Conference Finals and be just one win away from booking a ticket to the 2022 NBA Finals.