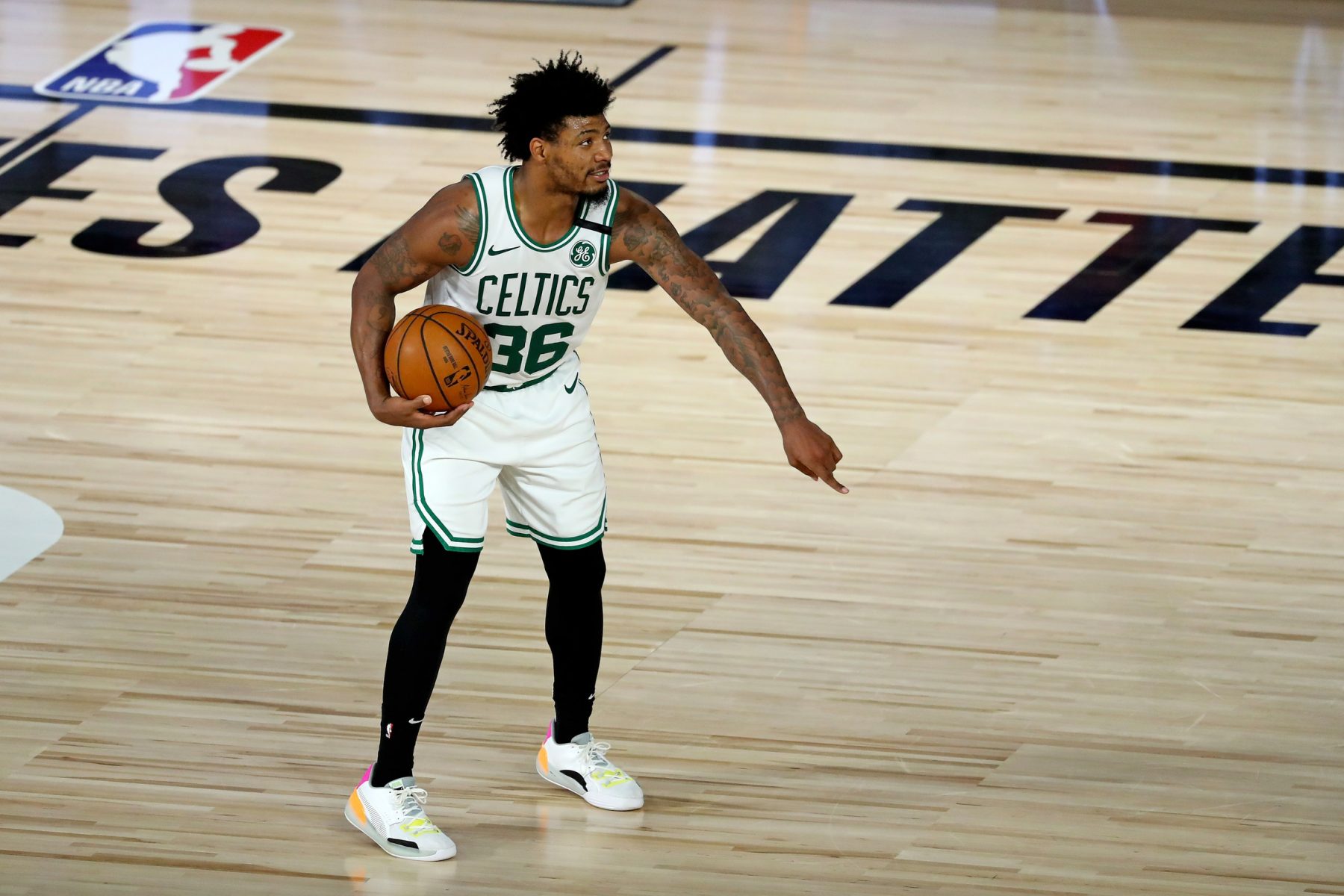 Boston Celtics guard Marcus Smart revealed that NBA players are thinking of boycotting and not playing the rest of the season.

Smart’s comments come after the brutal police shooting of Jacob Blake over the weekend.

Marcus Smart was asked if thinks a potential boycott is warranted to get the players heard: "Definitely. Something has to be done, and right now our focus should not be on basketball."

Marcus Smart if anyone is thinking of not playing: "It's been talked. I don't know. It's something in the back of our mind. There's more important things than basketball right now."

Smart isn’t the first NBA player to speak out following yet another act of police brutality.

In addition, Milwaukee Bucks guard George Hill called for change and lamented his decision to go to the NBA’s Orlando, Fla. bubble.

Ever since the death of George Floyd, another unarmed Black man wrongly killed by police officers, NBA players have been taking a stand against police brutality.

It will be interesting to see if the idea of a boycott catches on during the playoffs.