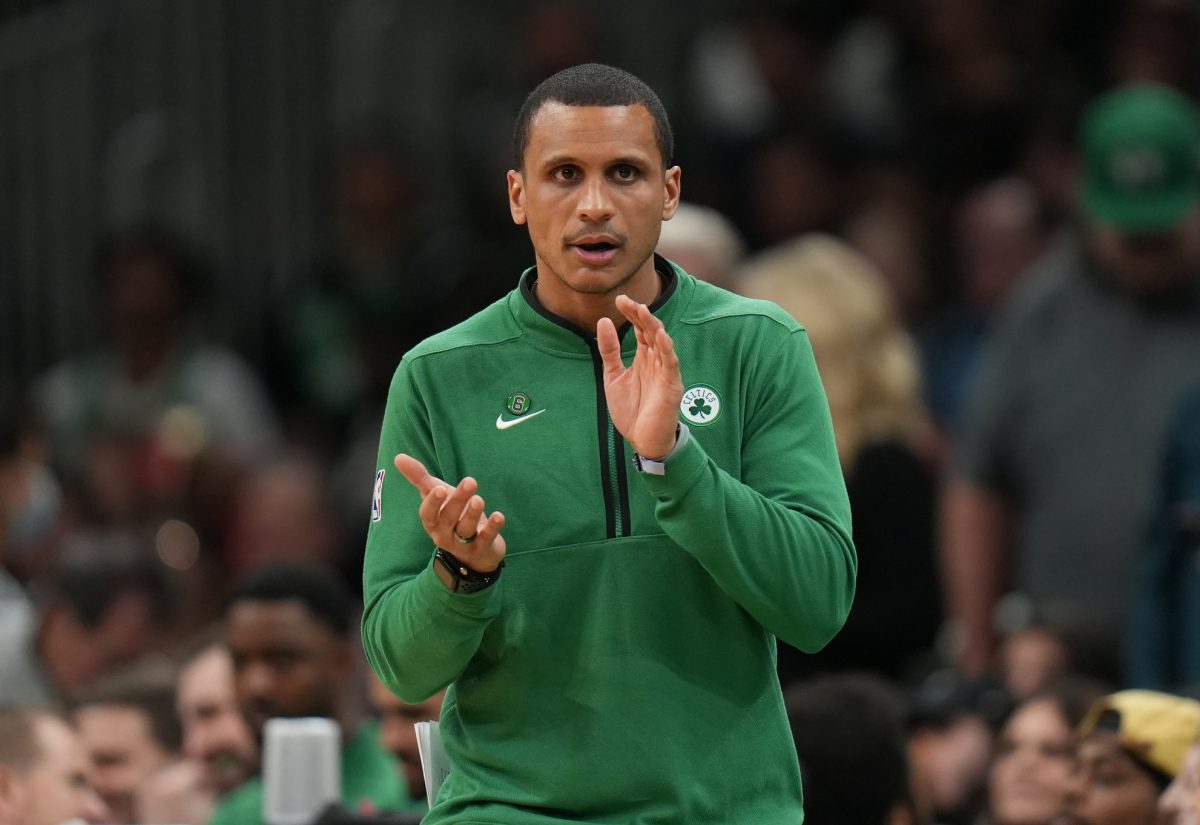 Despite the success enjoyed by the Boston Celtics this season, the team reportedly has no plans to remove the interim status of current head coach Joe Mazzulla.

Adam Himmelsbach of the Boston Globe noted the Celtics’ stance and recalled how the Utah Jazz considered hiring Mazzulla as the team’s head coach during the offseason.

“Speaking of Mazzulla, a league source said the Celtics still have no plans to remove the interim tag from his title before season’s end,” Himmelsbach wrote. “Mazzulla is well aware of the situation and understands that he’ll be coaching this entire year regardless.”

The Jazz ultimately hired another Celtics assistant, Will Hardy, as the team’s head coach. Mazzulla was then unexpectedly elevated to head coach of the Celtics after the team issued a season-long suspension to Ime Udoka in connection with an inappropriate relationship.

With Udoka leading the Celtics last season, the team won the Eastern Conference title for the first time in 12 years. However, in the 2022 NBA Finals, the Celtics fell in six games to the Golden State Warriors.

Udoka’s suspension began just before the start of training camp in September. That situation put intense pressure on Mazzulla to continue the success the team enjoyed last season and get past the off-the-court drama.

Mazzulla has managed to weather that storm and has led the Celtics to the best record in the NBA at 24-10 entering the team’s Tuesday night home game against the Houston Rockets.

The Celtics are coming off an impressive 139-118 Christmas Day victory over the Milwaukee Bucks. That was their second win in a row following a bumpy stretch in which the team dropped five of six games.

When Udoka was suspended by the Celtics, there was a strong belief that the team would not bring him back when the ban ended.

Last month, Udoka was reportedly under consideration to be hired as head coach of the Brooklyn Nets, with the Nets eventually choosing Jacque Vaughn to replace Steve Nash. One report indicated that Udoka was bypassed due to his controversy with the Celtics.

Given the reluctance of the Celtics to remove Mazzulla’s interim tag, that could be a sign that the team still plans to bring back Udoka next season. That would return Mazzulla to the role of assistant, though it’s clear that he’s zeroed in on becoming an NBA head coach.

For now, Mazzulla will focus his energy on getting the Celtics back to the finals and hopefully emerge with a different result than last season. That could change the Celtics’ mind and will certainly make him a strong candidate elsewhere.