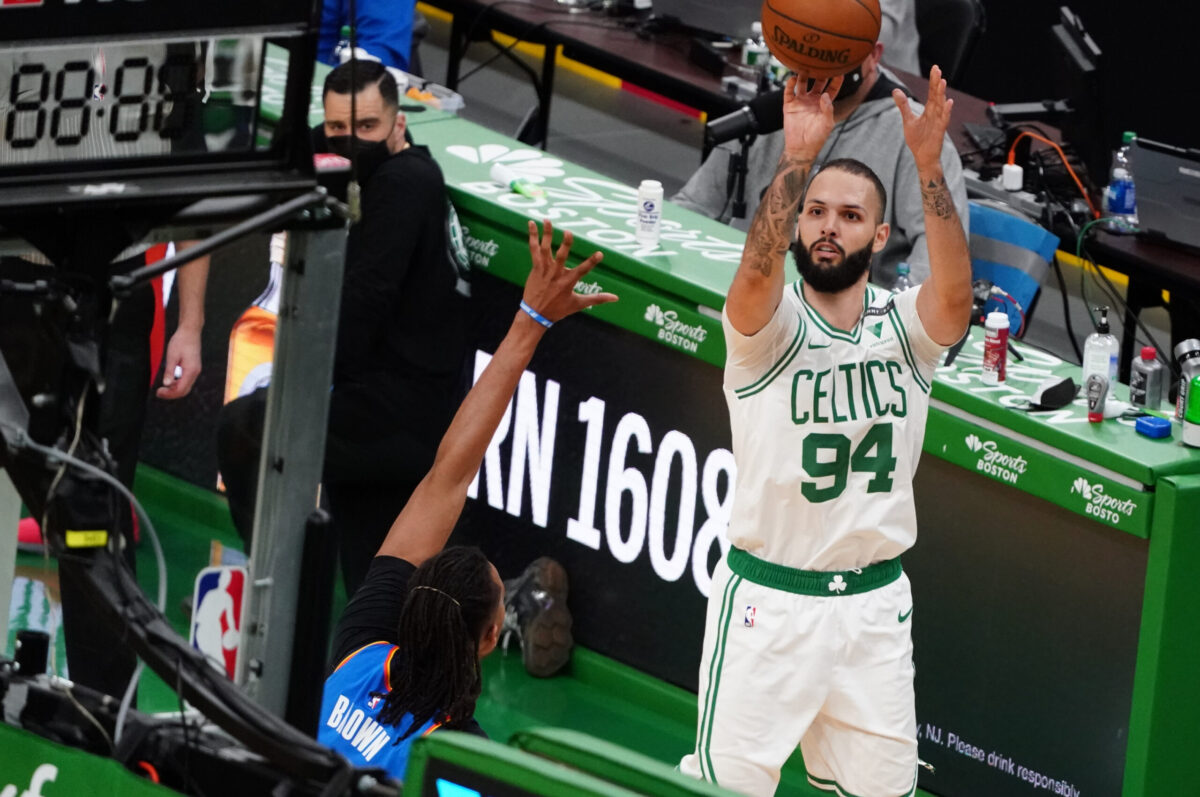 The Boston Celtics reportedly are losing confidence in their chances of re-signing wing Evan Fournier this offseason.

Fournier, who was acquired at the trade deadline last season, is an unrestricted free agent, but the Celtics have his Bird Rights, which means they can go over the salary cap to sign him.

“According to a league source, the team is losing confidence in its ability to re-sign veteran wing Evan Fournier,” the Boston Globe’s Adam Himmelsbach wrote. “The Celtics acquired Fournier from the [Orlando] Magic in exchange for two second-round picks in March. The move was completed to bolster Boston’s playoff push, and because it would give the Celtics the ability to sign Fournier to a long-term deal this summer despite being over the salary cap since they would hold his Bird Rights.”

The Celtics made a couple of acquisitions following the 2021 NBA Draft, as they agreed to trade for both Kris Dunn and Josh Richardson.

Fournier certainly would have a role in Boston, but if the Celtics are unwilling to meet his asking price, there’s a good chance he will find another suitor in free agency.