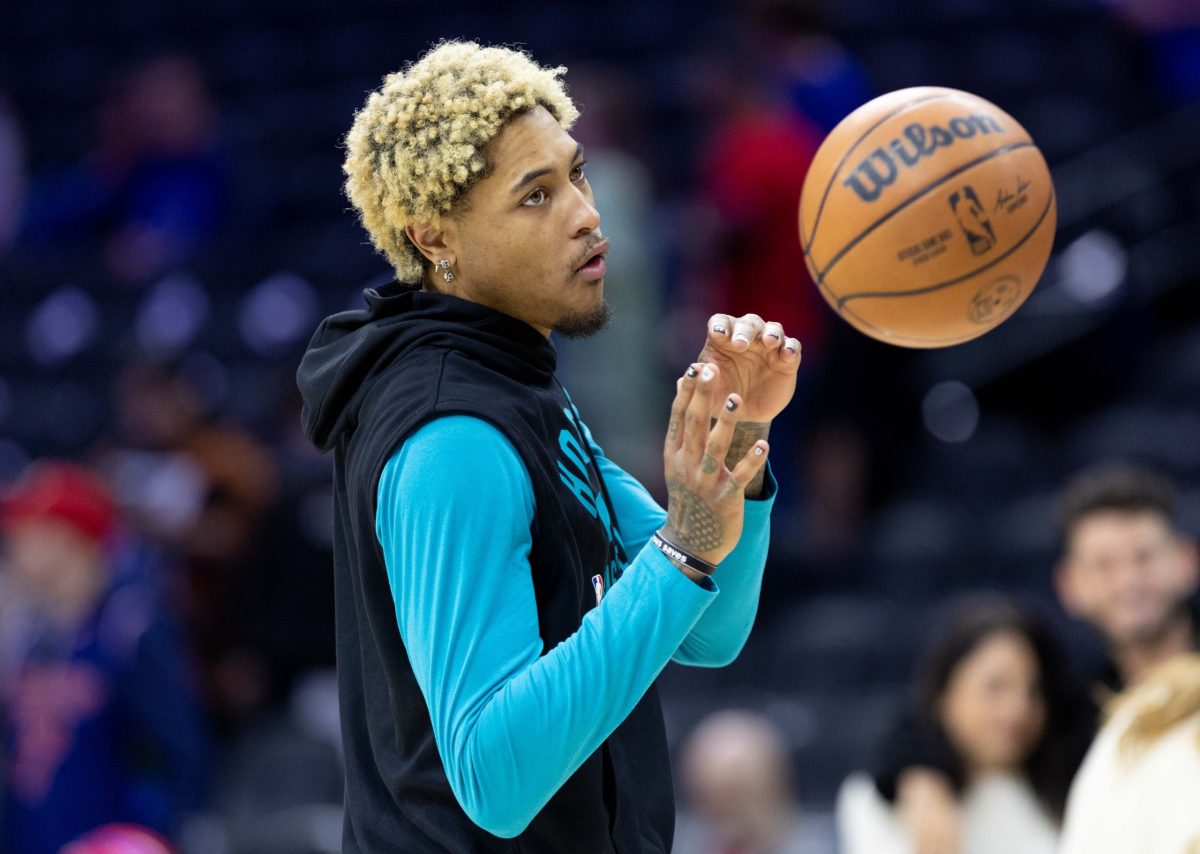 The Charlotte Hornets were dealt horrible news earlier this offseason when Miles Bridges was accused of serious domestic violence charges.

The news is not only highly disturbing, but it also has somewhat derailed the team’s ongoing rebuild.

Though the latest news out of Charlotte may not be directly related, it is interesting to note that Hornets forward Kelly Oubre Jr. is reportedly a name to keep an eye on in trade rumors.

“According to an anonymous Eastern Conference executive who spoke with Sean Deveney of Heavy.com, the Charlotte Hornets could look to trade former Warrior Kelly Oubre Jr. during the upcoming season,” Jack Simone wrote. “He was mentioned as a potential trade target for the Chicago Bulls.”

The anonymous executive weighed in.

“Charlotte is one other team that has looked for a big guy but they’re not desperate to do it,” the executive said. “If you’re Chicago and you could get Gordon Hayward in a deal like that, I think you give that a go even with the injury stuff. But more likely, you’re looking at Mason Plumlee and someone like Kelly Oubre. The Bulls gave up two picks for Vuc (Nikola Vucevic), they’re going to want something in return if they trade him. They would much rather just bring him back, maybe even extend him, then see if he plays better.”

At 26 years old, Oubre is already an established veteran in the NBA while still having a lot of basketball left to play in his career. He has spent time with the Hornets, Washington Wizards, Phoenix Suns and Golden State Warriors.

With the Hornets, however, he was relegated to a bench role and started in just 13 of the 76 games he suited up for last season.

Still, he managed to average 15.0 points and 4.0 rebounds per game last season.

Based on the report, it appears as though the Hornets are in the market for a big man to add to their frontcourt. However, it also sounds like “they’re not desperate to do it.”

For that reason, fans in Charlotte should not expect a trade to take place in the immediate future. Instead, it appears that Oubre’s name is simply one to keep an eye on as things continue.