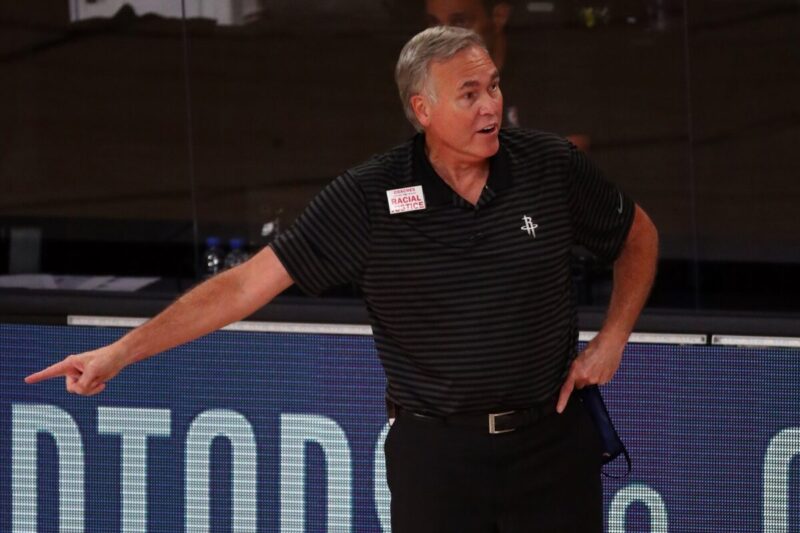 The Brooklyn Nets recently hired Hall of Famer Steve Nash to be their new head coach. Now Nash is trying to fill out his coaching staff with some familiar names.

One of those familiar names is his former Phoenix Suns and Los Angeles Lakers head coach Mike D’Antoni.

Mike D’Antoni and Phil Handy are both potential candidates to join Steve Nash’s coaching staff in Brooklyn, according to a source.

Before Doc Rivers was hired as the new head coach of the Philadelphia 76ers following his dismal by the Los Angeles Clippers, D’Antoni was arguably the leading candidate to replace Brett Brown in Philadelphia.

Ever since Rivers took the job, D’Antoni has been left in limbo. Tyronn Lue and Jeff Van Gundy have become prominent names in coaching searches around the league, with D’Antoni seemingly taking a backseat.

Fortunately for the former Houston Rockets head coach, Nash might be willing to bring him on in Brooklyn. However, it remains uncertain whether D’Antoni would be willing to take an assistant position.

As for Phil Handy, the longtime NBA assistant coach could be on the move once again. Handy is coming off his third title after helping lead the Lakers to victory in the NBA bubble.

Handy won a title with the Toronto Raptors last year and lifted the Larry O’Brien Trophy with LeBron James back in 2016 as a member of the Cleveland Cavaliers coaching staff. He has ties to Kyrie Irving, which makes him an intriguing candidate for Nash.