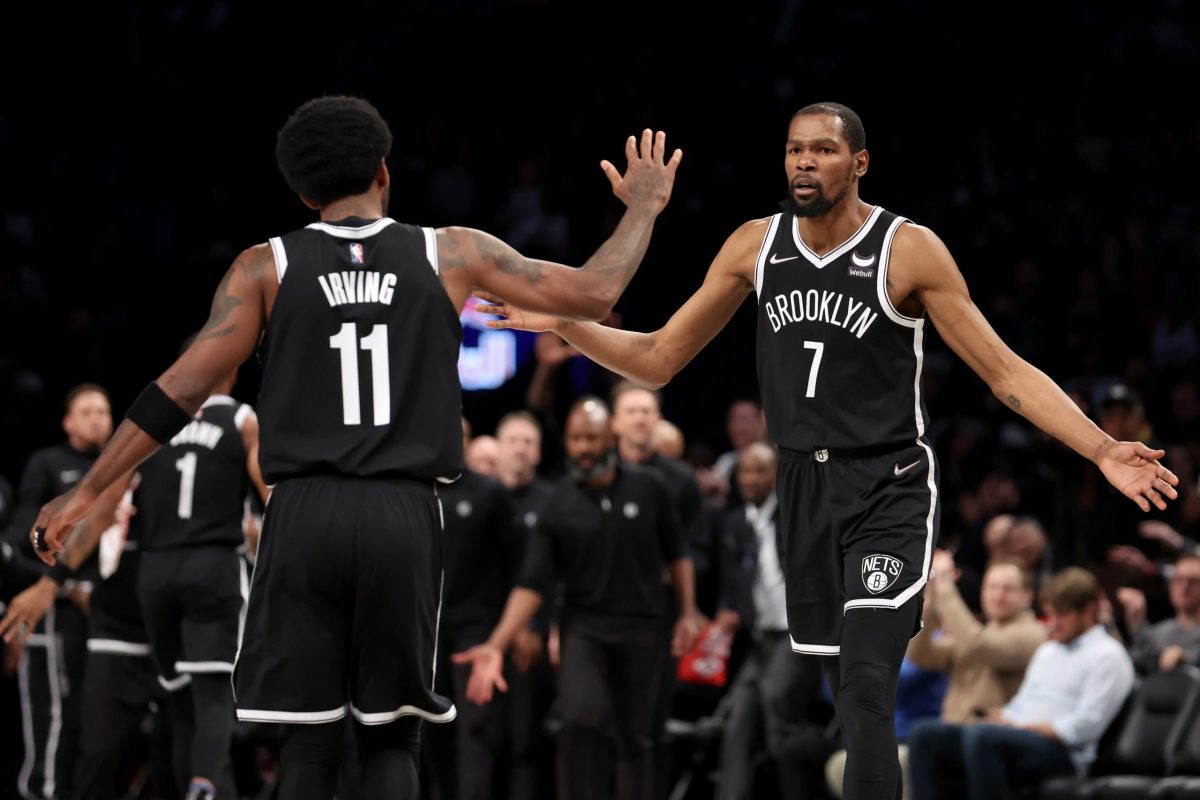 Over the last few months, the complete implosion of the Brooklyn Nets seemed all but assured. Star point guard Kyrie Irving was in trade rumors, and superstar Kevin Durant requested a trade from the team.

However, a lot has now changed in a short amount of time. Durant has rescinded his trade request, and the rumors revolving around Irving have all but dried up.

Beyond that, Ben Simmons seems on track to finally log his first game with the Nets after being traded to the team last season.

According to sports pundit Mike Greenberg, the fact that all three players are on the Nets and motivated to perform at a high level in the upcoming NBA season should strike fear in the hearts of players all over the league.

“This is your worst nightmare happening here,” he said during a recent television appearance. “Kevin Durant, Kyrie Irving and Ben Simmons are each individually highly motivated.”

For opposing players and teams, there are a lot of reasons to be afraid of the Nets on paper. After all, the previously mentioned players make up what is arguably the most talented star trio in the league right now. At the top of their games, all of them can single-handedly dominate a game and get their team a victory.

Moreover, both Durant and Irving have loads of playoff experience and championship pedigree.

However, it is when who those players seem to be as people comes into the conversation that the fear likely starts to dissipate for a lot of players and fans. In fact, if someone were to list the three stars most likely to cause off-court drama during the season, the Nets’ three stars may end up at the very top of the list.

They have all caused distractions and concerns in their own ways throughout their careers. Though they don’t seem like individuals with bad intentions, something always seems to get in the way of total focus on basketball.

Last season, Irving missed a massive number of games due to his unwillingness to receive the COVID-19 vaccine. As for Simmons, he sat out the entire first portion of the season, refusing to play for the Philadelphia 76ers. When he was ultimately traded to the Nets, people assumed that his season debut would come shortly thereafter. Instead, he proceeded to sit out the remainder of regular season and Brooklyn’s short postseason push.

Durant played incredibly well during the 2021-22 NBA season, but there is no denying that the drama he created this offseason impacted his team negatively. Not only did it likely cause massive amounts of strife behind the scenes, but it probably also handcuffed the team in the early stages of free agency.

So, while Greenberg may think that the Nets are finally going to put it all together and dominate the league like they were expected to do when Irving and Durant first joined, most fans are likely going to have to see it to believe it.