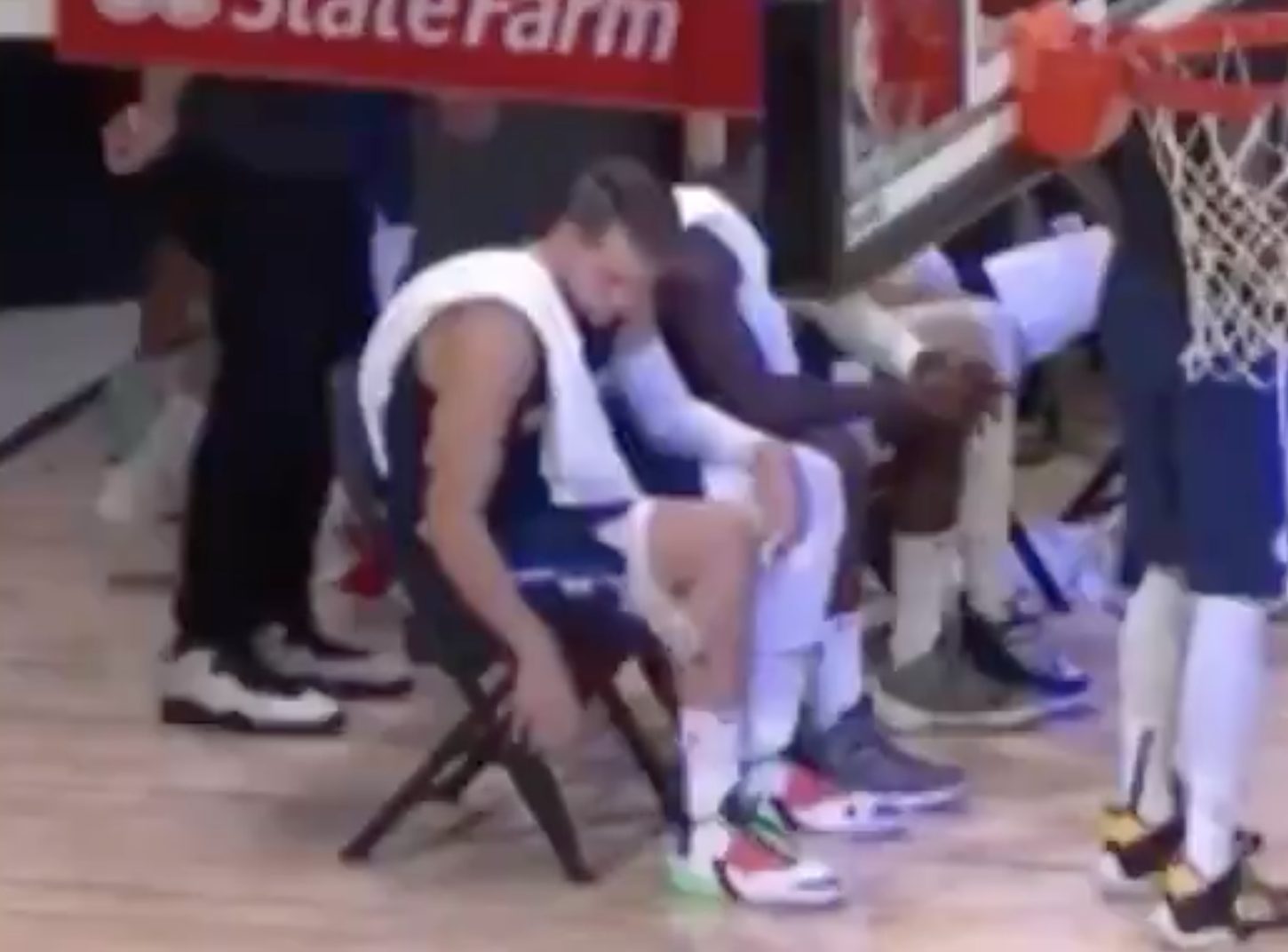 Dallas Mavericks star Luka Doncic may have saved the team’s season on Sunday, as he hit an incredible game-winning 3-pointer to beat the Los Angeles Clippers.

Doncic, who came into the game nursing a sprained ankle, drilled a 3-pointer over Reggie Jackson as time expired in overtime.

The shot tied the Mavericks’ series with the Clippers at two games apiece.

However, while Doncic was clearly focused down the stretch, a video has surfaced of the guard hilariously flipping a water bottle in the team’s huddle.

This guy Luka wasn't even serious during OT. Imagine if he was focused pic.twitter.com/3QEWOeRBKf

Despite the antics during the timeout, Doncic was still able to carry the Mavs even though they were without forward Kristaps Porzingis.

Doncic picked up the slack scoring 43 points. He also added 17 rebounds and 13 assists.

The 21-year-old described his game-winning shot as “one of the best feelings” he’s had in his playing career.

Doncic and the Mavs will look to take control of the series against the Clippers when they take the court for Game 5 on Tuesday from the Orlando, Fla. bubble.

Report: Terence Davis to turn down qualifying offer from Kings, will seek $9 million per year in free agency