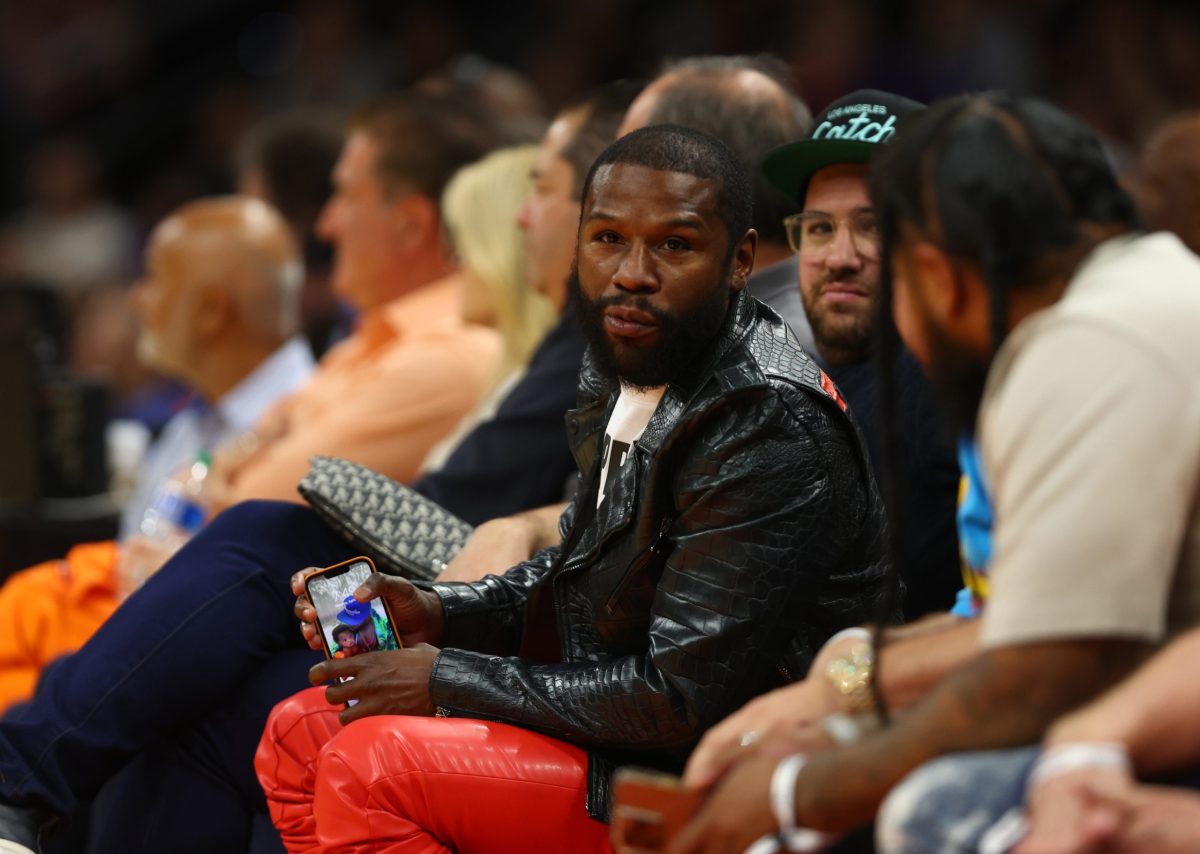 Former boxing champion Floyd Mayweather indicated that he and his business partners continue to pursue the purchase of an NBA team.

Mayweather didn’t indicate which franchise was in his sights but indicated that the pursuit has been in the works for an extended period.

Mayweather didn’t deny the possibility of seeking ownership for a potential team in either Las Vegas or Seattle as well as an existing team.

“It could be the Vegas franchise. It could be the Seattle franchise or I could be buying a franchise that’s already up and running,” said Mayweather. “So the first offer, we offered them a little over $2 billion for majority ownership. Do I have it? Absolutely, I have it, but it didn’t happen overnight. It didn’t happen overnight. It’s a lot when you have so many different businesses all around the world. It’s a lot.”

The 45-year-old Mayweather finished his legendary boxing career with a spotless record of 50-0 and made plenty of money during the course of his time in the ring. One estimate last month indicated that his net worth is $450 million.

Even though that amount of money can buy many things, the price of an NBA franchise has skyrocketed in recent decades. That explains why Mayweather is teaming up with a group of individuals in his quest to buy a team.

Mayweather’s interest in buying an NBA team has been noted before and dates back at least nearly a decade. In 2014, one report indicated that he was seeking to purchase the Los Angeles Clippers after the team’s disgraced owner Donald Sterling was banned for life by the NBA for past racist comments.

Exactly how serious Mayweather’s pursuit was remains unknown. In the end, billionaire Steve Ballmer ultimately purchased the Clippers for $2 billion.

Earlier this year, another report indicated that Mayweather was still in the market for an NBA franchise

One potential problem for the 45-year-old Mayweather with respect to potential NBA ownership is some of the controversies from his past. These include making racially charged comments about Filipino boxer Manny Pacquiao.

However, what likely may give the NBA pause about allowing Mayweather to purchase a team involves his issues connected to domestic violence. In 2012, he served 90 days in jail for domestic violence toward the mother of his children.

Prior to that, Mayweather pleaded guilty to two counts of battery domestic violence within a five-month span in 2001 and 2002. Despite the severity of those crimes, he was sentenced to only two days of house arrest and 48 hours of community service.

It’s uncertain what sort of backlash might take place if Mayweather and his group are in a position to get a team. The NBA may be reluctant to deal with that potential public relations problem and choose another group.

In this article:featured, Floyd Mayweather