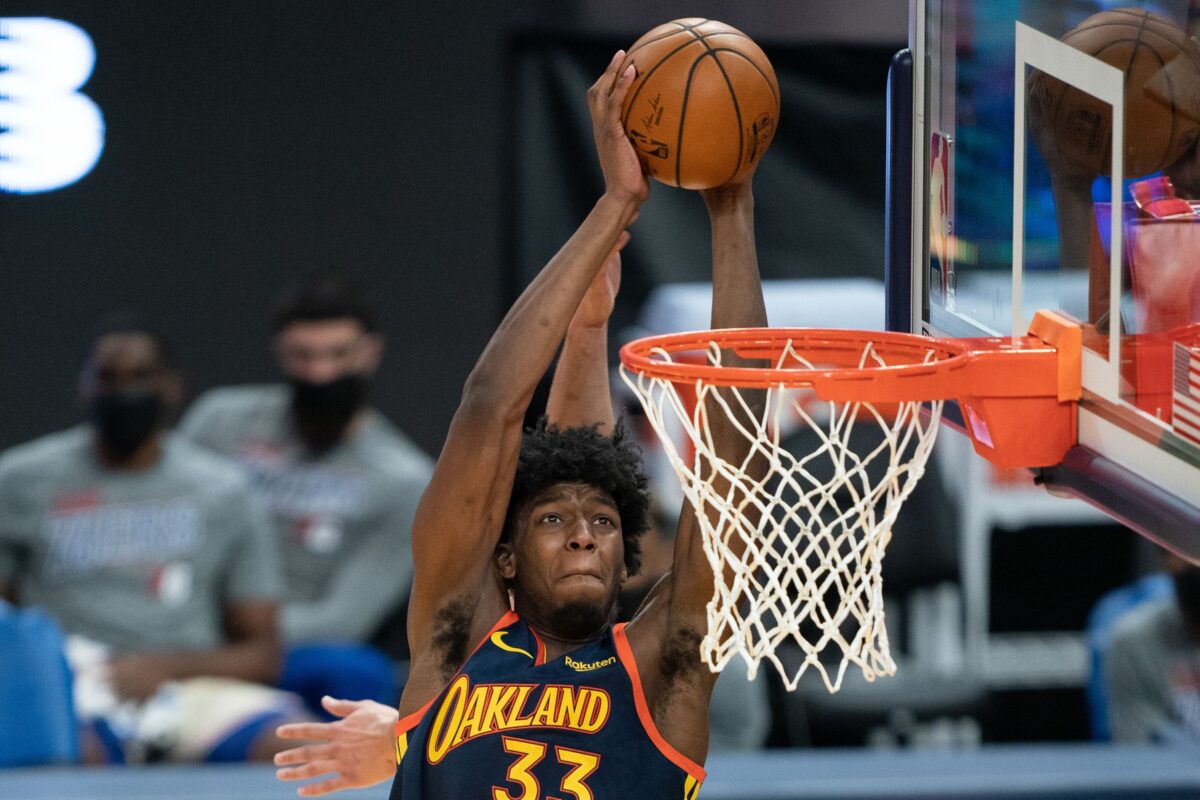 A new report indicates that over the upcoming offseason, Golden State Warriors center James Wiseman is planning on working out with Hall of Famer Kevin Garnett.

During an appearance on the “Warriors Off Court” podcast, Connor Letourneau of the San Francisco Chronicle spoke about how Wiseman’s mother had informed him of the planned workouts.

“One thing his mom told me recently was that James already cannot wait for the offseason to train with Kevin Garnett,” Letourneau said. “They actually have reached out to each other, and they do have plans to work together this summer.”

The remainder of the 20-year-old Wiseman’s rookie season is currently in limbo after he reportedly suffered a torn meniscus in his right knee. That issue comes after he missed three weeks because of a wrist injury in February.

Garnett knows all about entering the NBA as a young and raw rookie. He eventually developed into a standout player who dominated for years.

In Wiseman’s play so far this season with the Warriors, he’s shown hints of his potential.

Surely, he’s hoping that Garnett can help him unlock the next level of his play before the start of next season.