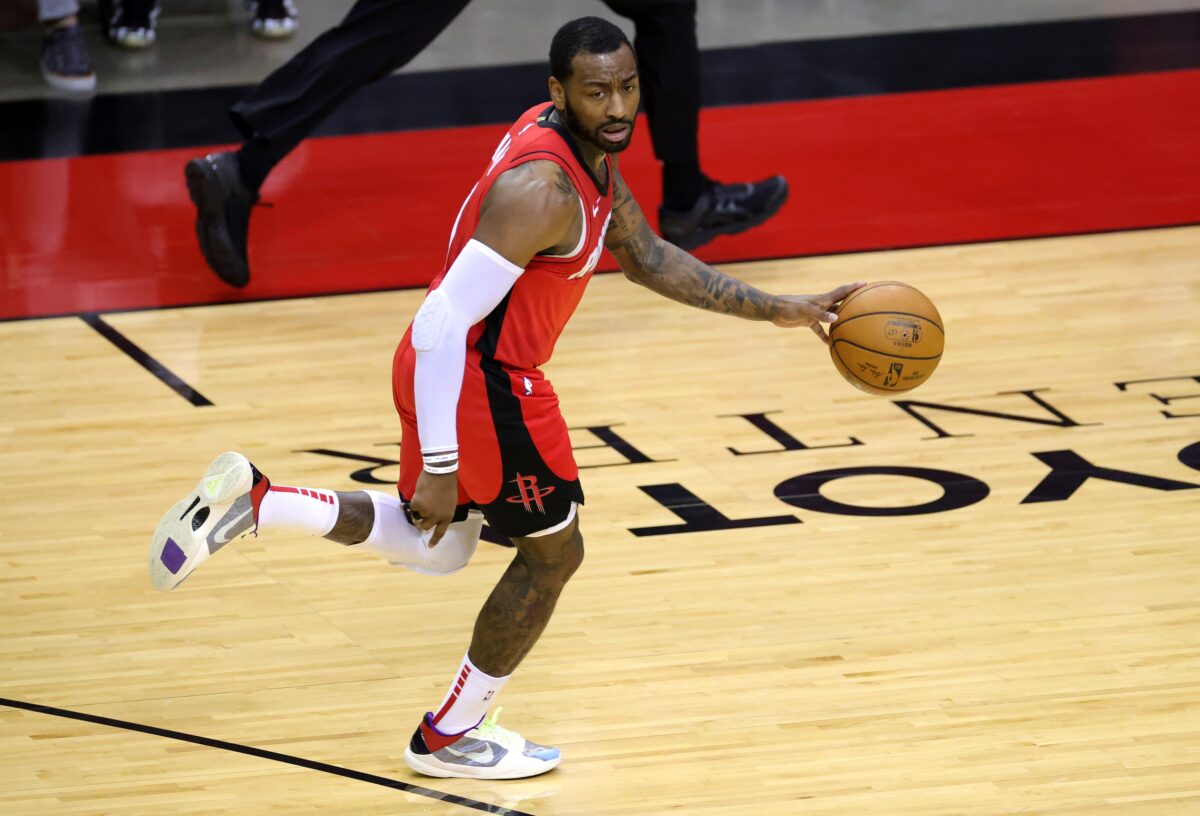 Rockets newcomer John Wall appeared to throw some shade at Harden for not buying into the team after a massive loss to the Los Angeles Lakers on Tuesday.

Wall: When you have certain guys that don’t want to buy in, it’s hard.

The Rockets acquired Wall and a 2023 first-round pick from the Washington Wizards for All-Star Russell Westbrook in the offseason.

Wall, 30, has been immersed in tons of drama in his first season in Houston so far.

Most notably, Harden’s request to be shipped has overshadowed the Rockets’ season. The Rockets are looking to trade the former MVP; however, they want to get an enormous return for the superstar.

On Tuesday, the Rockets suffered a 117-100 loss to the Lakers. Harden collected 16 points, seven rebounds and six assists, while Wall put up 10 points and five assists.

The Rockets face the San Antonio Spurs on Thursday.