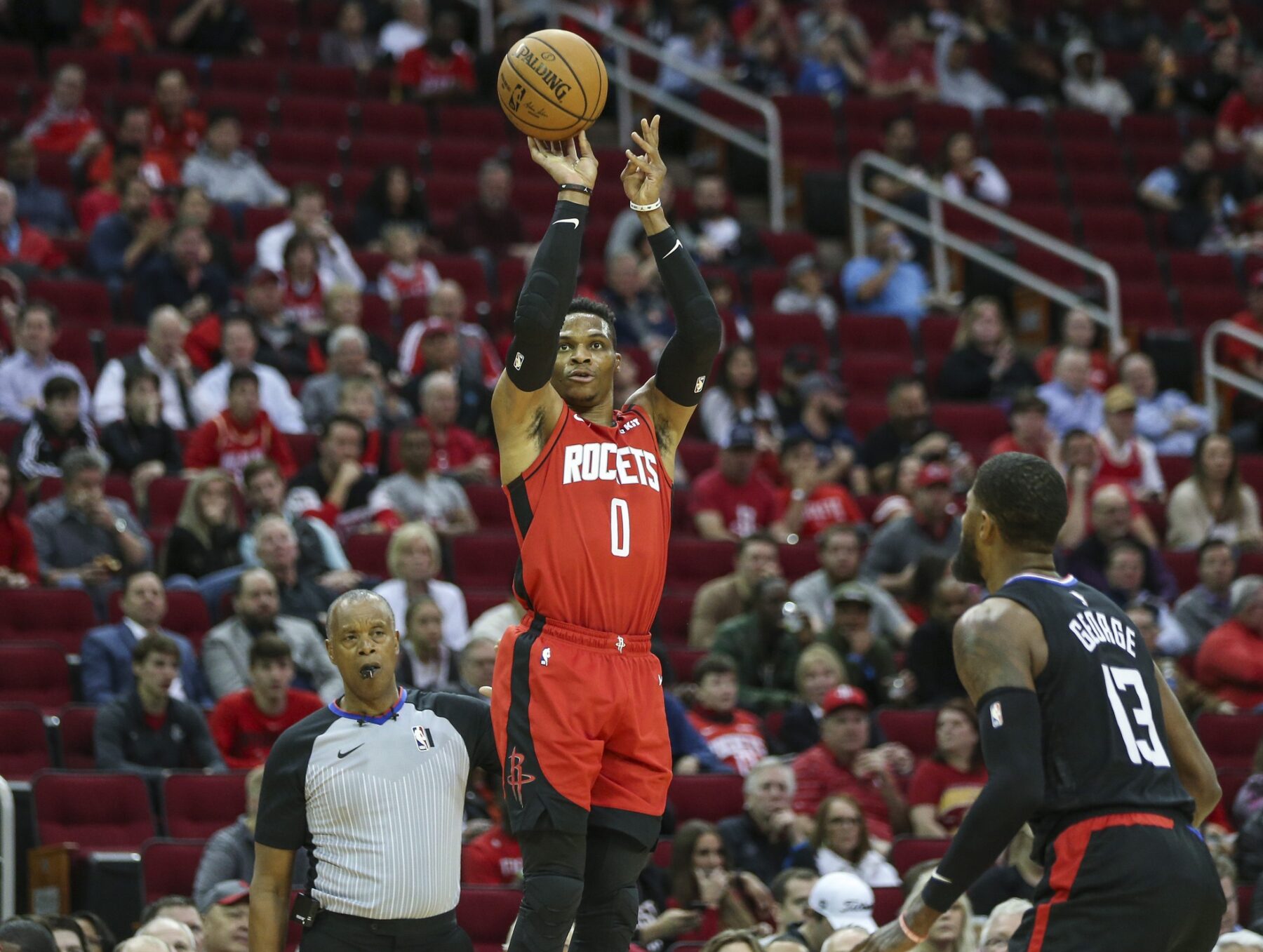 It’s no secret that superstar Russell Westbrook wants out of Houston.

A report surfaced on Friday about the Houston Rockets and Los Angeles Clippers discussing a deal centered around Paul George and Westbrook.

Westbrook, 32, was shipped from the Oklahoma City Thunder to the Rockets last summer. The trade paired Westbrook with 2018 MVP James Harden.

In his first season in Houston, Westbrook averaged 27.2 points, 7.9 rebounds and 7.0 assists per game.

The Rockets made it to the second round of the playoffs but got thrashed by the Los Angeles Lakers in five games. Although Westbrook and Harden just played together in Houston for one season, the pair no longer wants to compete together.

As for George, he just finished his first season in Los Angeles. The veteran collected 21.5 points, 5.7 boards and 3.9 assists per game during the 2019-20 campaign. However, the Clippers also got dismantled in the second round of the postseason.

George and Westbrook played together in Oklahoma City for two seasons. Now, they could be traded for each other.