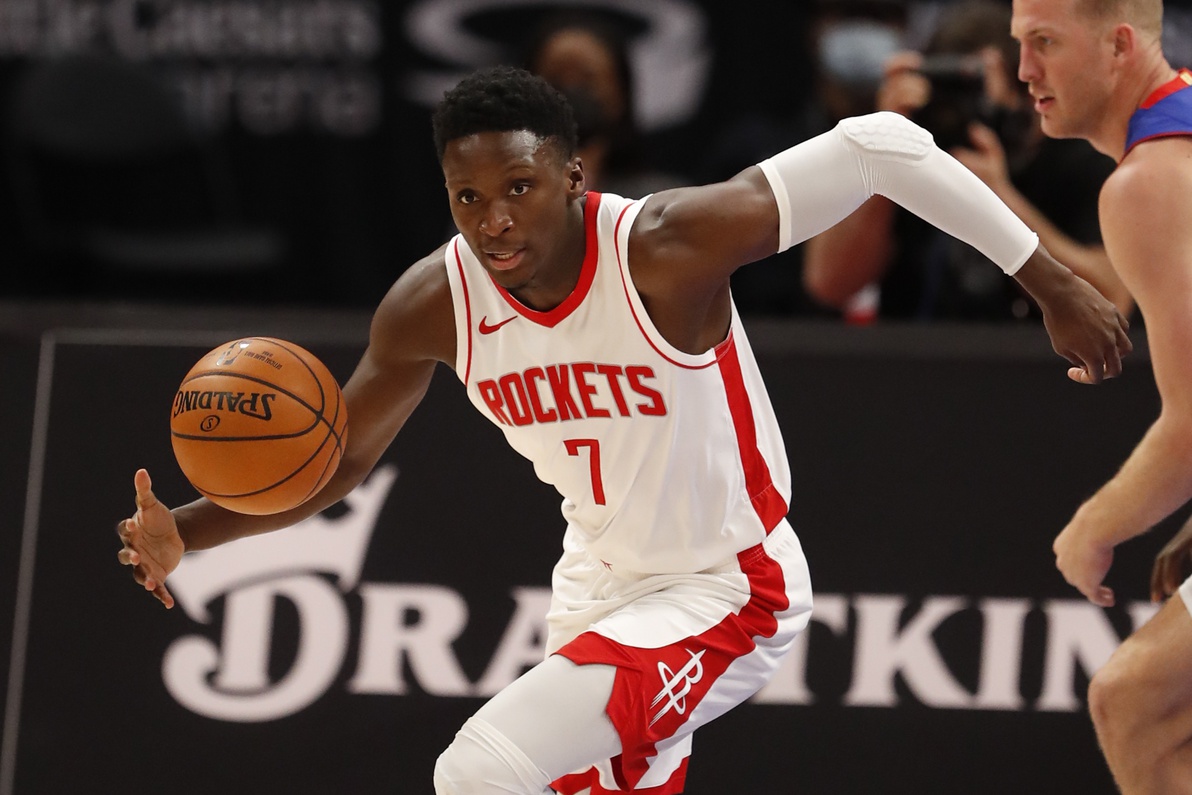 A new report indicates that any team seeking to acquire veteran Houston Rockets guard Victor Oladipo before Thursday’s trade deadline will be expected to give up plenty of assets in return.

Jake Fischer of Bleacher Report looked at some of the top trade candidates and noted that the Rockets have a certain mindset when it comes to dealing Oladipo.

“Houston is still asking for a first-round pick and then some in any deal for Oladipo, sources said, and the Rockets front office has not expressed much interest in taking back long-term money in exchange for the former All-Star guard,” Fischer wrote. “They instead continue to seek younger players on value contracts, or even an additional first-rounder.”

Oladipo will turn 29 in May and has returned to his previous high level of production after a severe knee injury in 2019 put his career in peril. He’s currently averaging 21.2 points, 5.0 assists, 4.8 rebounds and 1.2 steals per game.

Since Oladipo will be an unrestricted free agent after this season, giving up a huge cache of assets for potentially a temporary player is one reason why he’s still wearing a Rockets uniform.

Two teams that have reportedly been pursuing Oladipo are the Miami Heat and New York Knicks. However, Fischer noted that one NBA executive indicated that those two teams believe getting Oladipo when free agency begins will be easier.

The NBA trade deadline is Thursday at 3 p.m. EST.