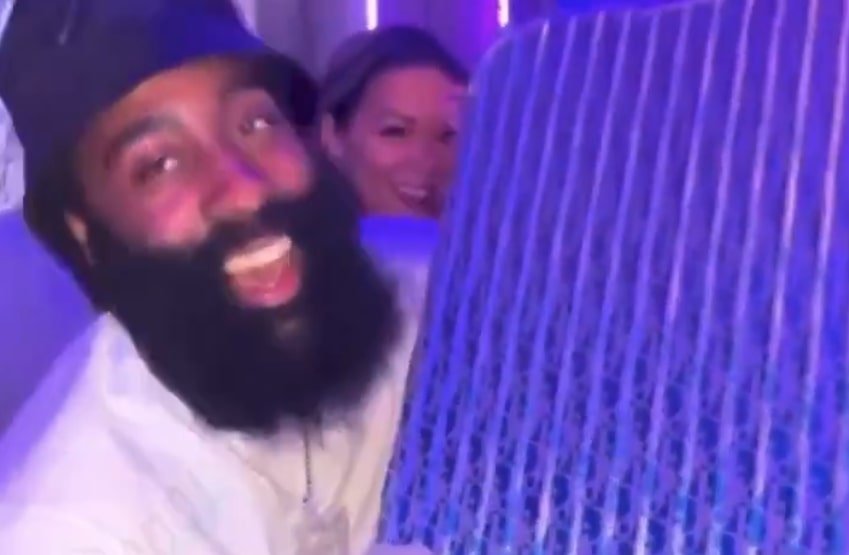 The NBA is reportedly looking into a recent video of Harden partying a strip club. The news could jeopardize the former MVP’s availability for the start of the 2020-21 season.

Source: Rockets are working with NBA office to review video of James Harden at a strip club. If the video circulating on social media is verified to be recent, it is a violation of league's COVID protocols, which would put Harden's availability for tonight's opener in jeopardy.

The video of James Harden at the strip club

Harden, 31, is trying to force himself out of Houston.

The All-Star is attempting to join a contender. Although the Rockets have made the playoffs every year Harden has been in Houston, they have been unable to reach the NBA Finals.

The veteran is one of the best players in the NBA. Harden has career averages of 29.6 points, 7.7 assists and 6.0 rebounds as a member of the Rockets.

While the Rockets are trying to ship Harden, they haven’t found a suitable offer for the sharpshooter. The Rockets are reportedly looking into three-team trades in order to facilitate a deal.