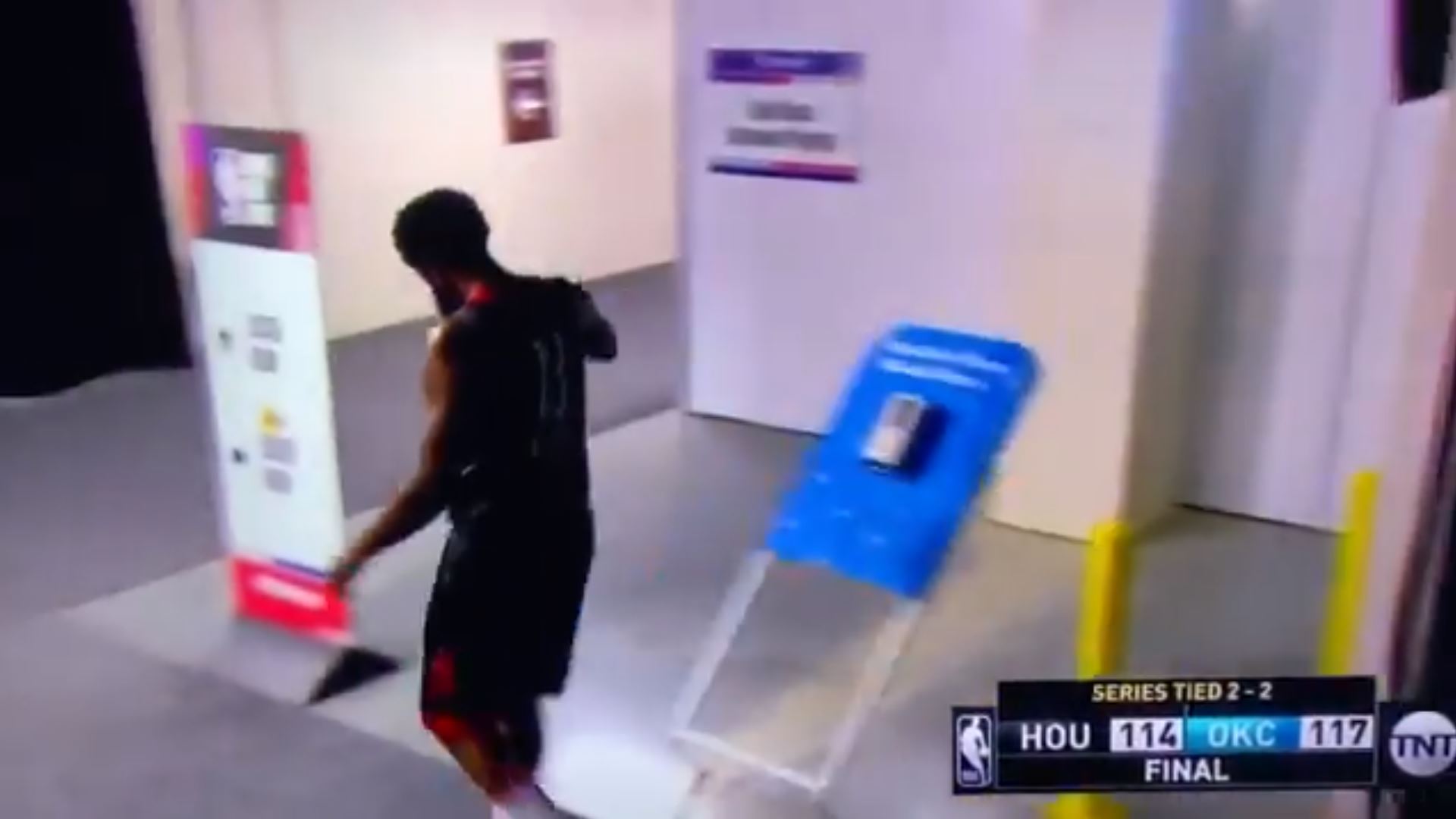 The Houston Rockets suffered a narrow loss to the Oklahoma City Thunder in Game 4 of their first-round series on Monday.

Rockets superstar James Harden was not pleased with the loss, as he knocked down a hand sanitizer station following the game.

What did the hand sanitizer do wrong 😢 pic.twitter.com/cYFb9iYztf

The Rockets lost to the Thunder by a close score of 117-114 on Monday. The series is tied at two games apiece.

On the other end, Thunder All-Star Chris Paul put up 26 points, six rebounds, three assists and three steals. Paul conducted a huge shot over Harden in the closing moments of the game.

Clearly, the ice-cold dagger from his former teammate appeared to sting Harden. Recently, Paul opened up on his subpar relationship with the 2018 MVP.

The opposing stars will battle again on Wednesday as both teams looks to gain a 3-2 lead in the series.