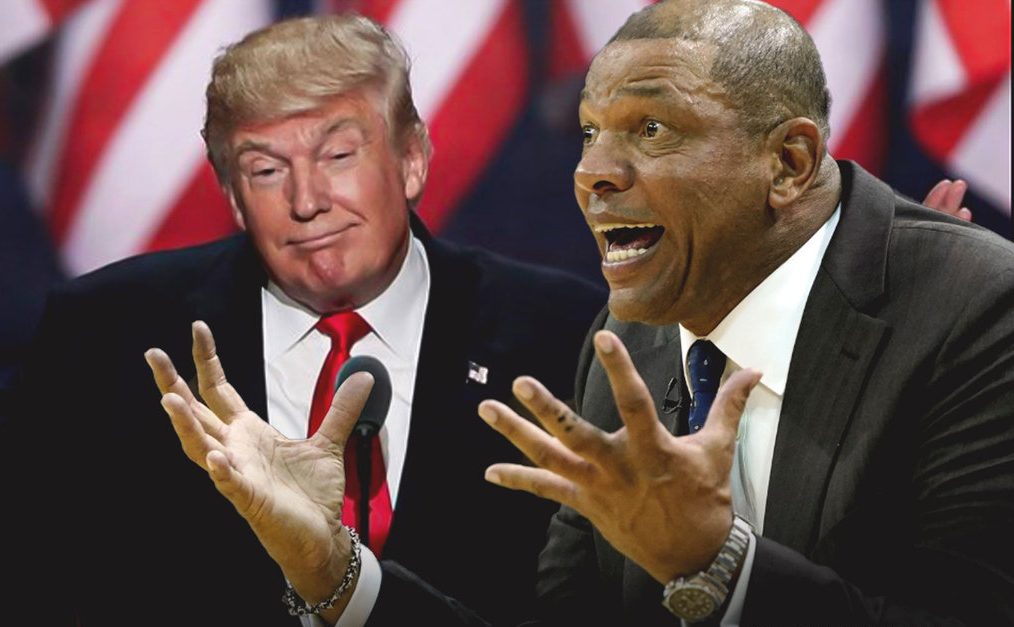 President Donald Trump recently criticized the NBA for encouraging its players to kneel during the national anthem.

Los Angeles Clippers head coach Doc Rivers didn’t seem to care much about Trump’s resistance as he offered a powerful remark back.

Doc Rivers when told Pres. Trump said he won't watch NBA due to anthem kneeling: "Well we lost one guy. So what. I don’t even care. We know justice is on our side. And this [vote] hat I am wearing is what our president is trying to get us to not do which is just as disgraceful"

The country has gone through a ton of change since the death of George Floyd, a Black man who died at the hands of police brutality in late May.

The NBA has been one of the most vocal organizations in the aftermath of the awful killing.

Multiple players have used their platforms to incite change, participate in protests, start organizations and much more. In addition, the NBA has allowed players to put social justice messages on the back of their jerseys.

However, it appears players kneeling during the historic anthem has caused many people, including the president, to turn off the television and stop watching basketball.

There’s been a mix of responses in the NBA community in conjunction to kneeling. Golden State Warriors superstar Stephen Curry affirmed players for kneeling, while Orlando Magic youngster Jonathan Isaac drew heat for choosing to stand during the anthem in a recent game.

Meanwhile, Rivers and the Clippers are fighting for a championship this season. The Clippers hold the No. 2 spot in the Western Conference.