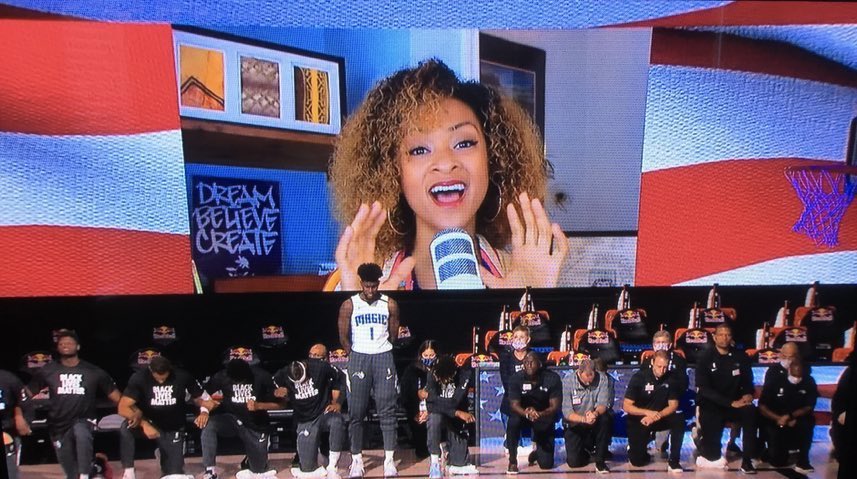 Since games began on Thursday in the NBA’s bubble in Orlando, Fla., players have been unanimously kneeling in protest during the national anthem.

That trend ended on Friday when Orlando Magic youngster Jonathan Isaac chose to stand. Beyond that, he did not wear the Black Livers Matter shirt that other players have donned.

Instead, he simply wore his Magic uniform.

It’s an odd move and is already receiving tons of criticism on social media.

With that being said, every player should have the chance to protest, or not protest, in his own way as long as it is respectful of others.

So far this season, Isaac is averaging 12.0 points and 6.9 rebounds per game. He’s proven to be a promising part of Orlando’s young core.

It will be interesting to see how he performs in Friday’s matchup between the Magic and Brooklyn Nets.

It will also be interesting to see if Isaac faces any backlash from fellow players for his interesting statement.