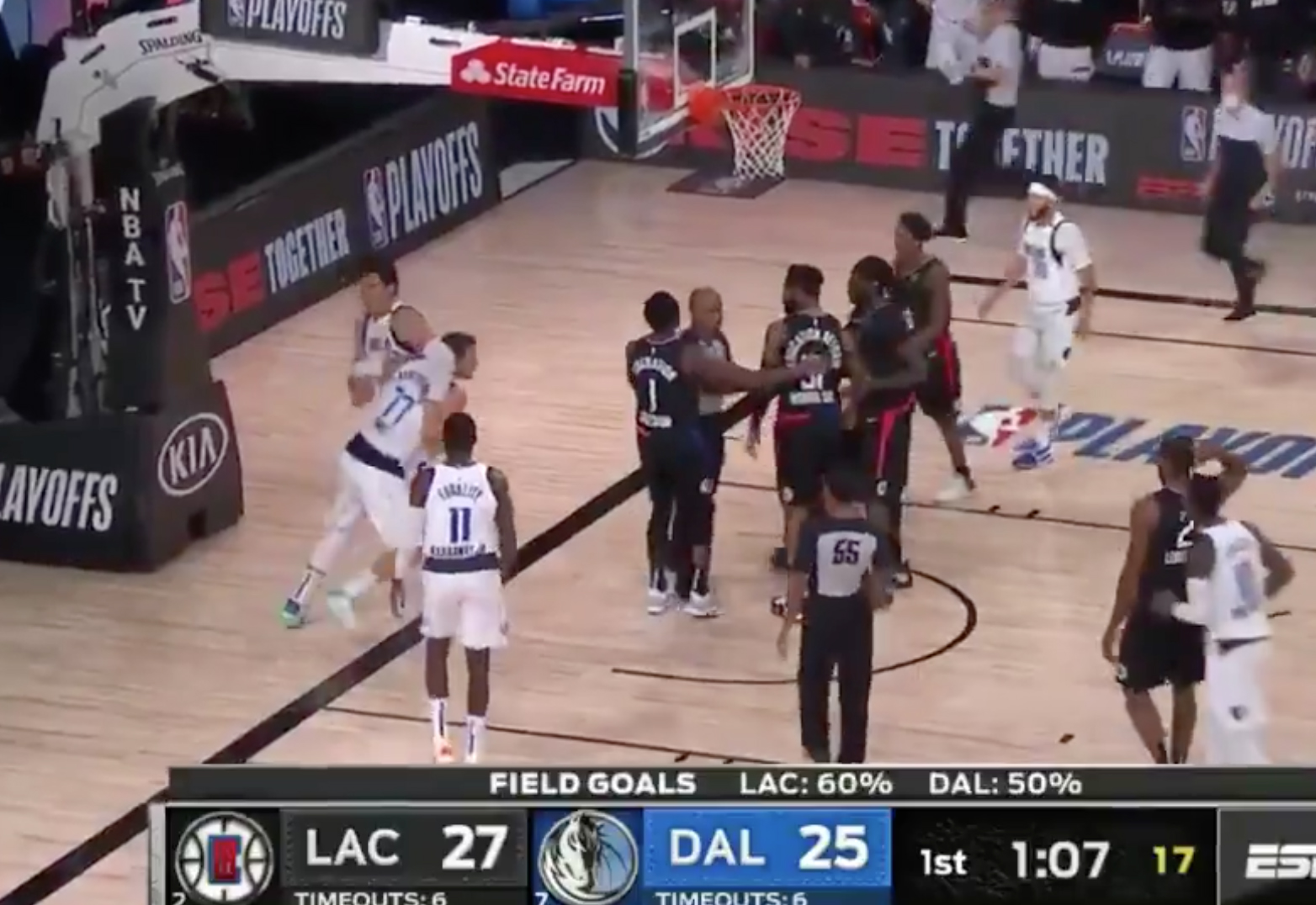 The hit nearly sparked an on-court brawl before order was restored late in the first quarter and the Clippers looking to clinch the series.

Morris’ action marks the second consecutive game in which his actions toward Doncic have been called into question. In Tuesday’s Game 5, Morris stepped on Doncic’s injured ankle, though Morris denied that the action was intentional.

If the Clippers do win the contest, they will face the winner of the Utah Jazz-Denver Nuggets series, with those two teams playing on Sunday night.