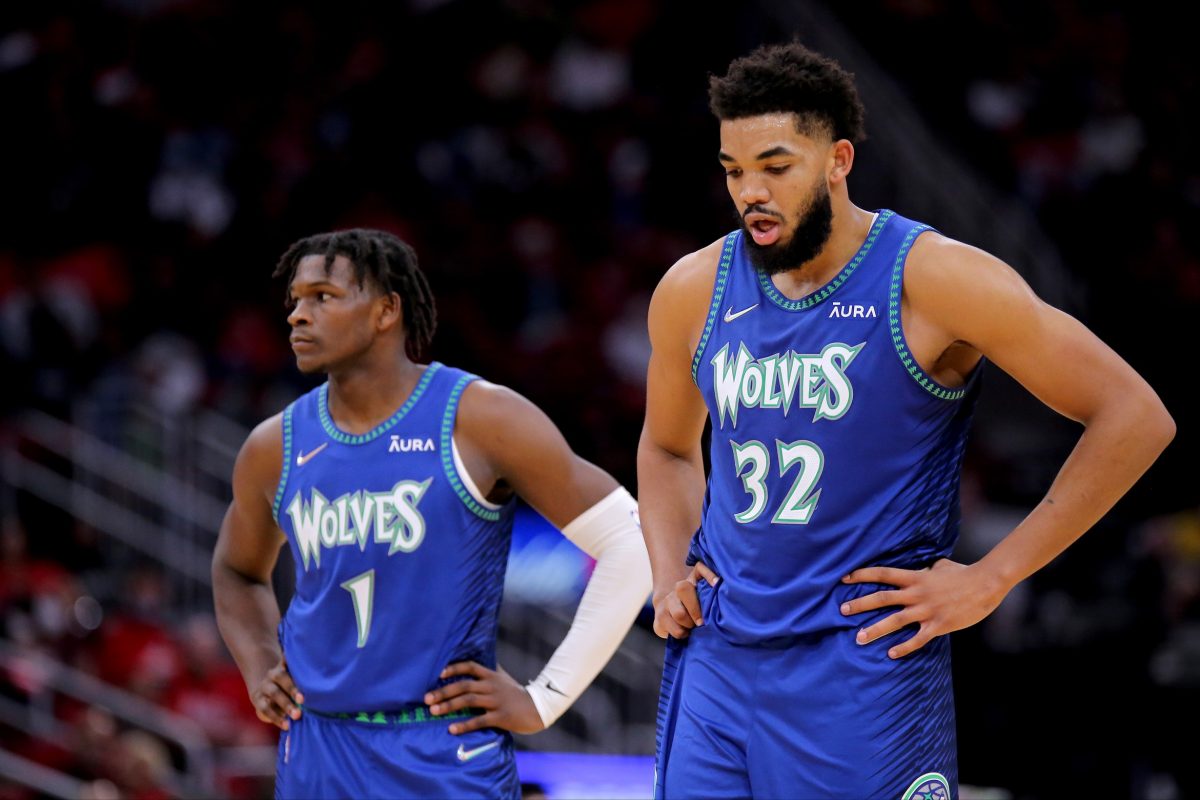 The prospect of the Minnesota Timberwolves trading Karl-Anthony Towns after this season could reportedly increase if the team fails to make an impact during the postseason.

Michael Pina of The Ringer offered a number of predictions about NBA players and teams, including stating that Towns could be dealt after this season.

“Having just signed an extension, Towns can’t be traded until the summer,” Pina wrote. “But if the Wolves either fail to qualify for the play-in or lose before the second round, expect deafening chatter around Towns’s future. There’s always a chance Minnesota turns things around by tightening up its three-point defense and finding a better way to space the floor around its three stars, but I’m not counting on it.”

Towns definitely has the talent to make him a hot commodity in the trade market. He was the top overall pick of the 2015 NBA Draft and currently has career averages of 23.1 points, 11.2 rebounds and 3.2 assists per game.

During the past offseason, Towns signed a four-year contract extension worth $224 million and is making $33.8 million this year. The new contract potentially lasts through the 2026-27 season, though that final year is a player option.

Towns would seemingly be more than willing to opt in for that final season, considering that he’d be paid just over $62 million. That staggering amount could be seen by the Timberwolves as an albatross if the team is unable to make progress during the playoffs.

Last season, Towns delivered a clutch performance during the postseason to help tie the Timberwolves’ playoff series against the Memphis Grizzlies. During Game 4, he scored 33 points and grabbed 14 rebounds in the Minnesota win, though the team ultimately fell in six games.

Right now, the Timberwolves have the 11th-best record in the Western Conference at 16-21. They are currently two games behind the Utah Jazz for what would be the final spot in the league’s play-in tournament.

The Timberwolves have plenty of time to improve, but Towns’ health has been an issue this season. He’s seen action in just 21 games and remains out because of a calf strain.

Towns is still only 27 years old and has shown he can regularly deliver double-doubles when healthy. Pina mentions teams such as the New York Knicks, Atlanta Hawks, Orlando Magic and Phoenix Suns as possible trade partners for the Timberwolves.