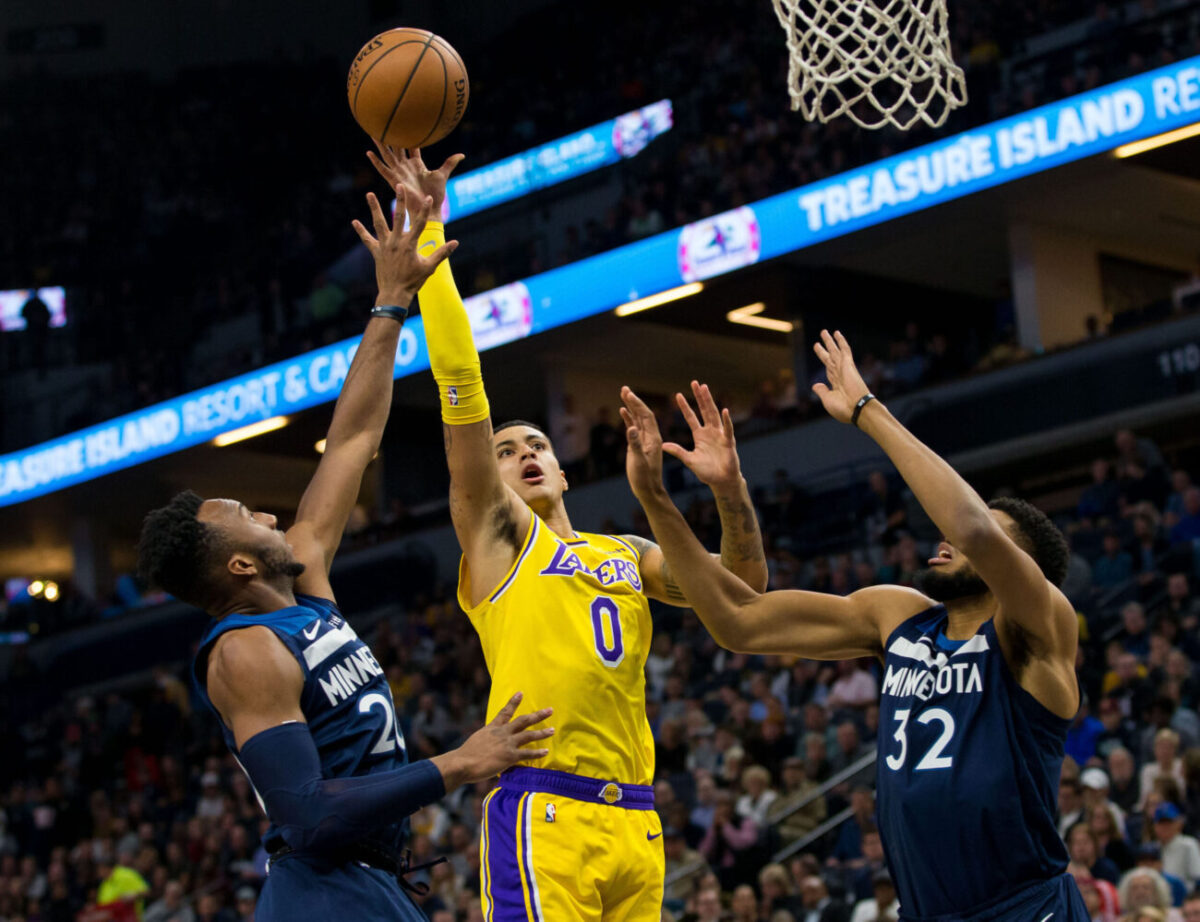 Washington Wizards newcomer Kyle Kuzma could reportedly be on the move again.

The Minnesota Timberwolves are one of the teams that could be interested in the veteran.

“The T’Wolves have little room below the luxury tax line and will be looking at trades and sign-and-trades with some of their less desirable contracts and a future pick,” wrote John Hollinger of The Athletic. “They had eyes for Kuzma before the [Los Angeles] Lakers sent him to Washington, and could jump back in if he’s available again.”

Kuzma, 26, was packaged in the Lakers’ shipment to the Wizards for superstar Russell Westbrook.

Although the Wizards could hold onto Kuzma, they are feeling the pressure of maximizing All-Star Bradley Beal’s prime.

As a result, the Wizards could trade Kuzma if there’s an enticing offer out there. Kuzma averaged 12.9 points and 6.1 boards per game last season.

The Wolves missed the playoffs last season for the third consecutive year.