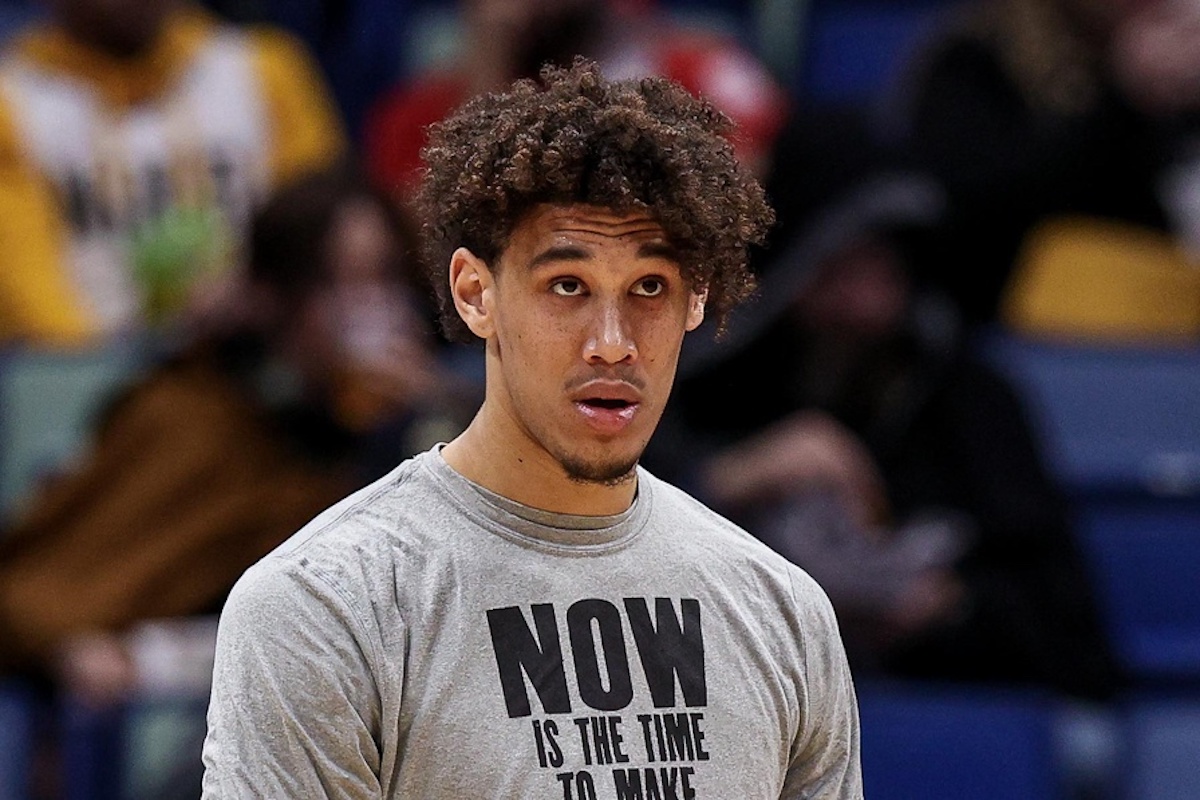 New Orleans Pelicans center Jaxson Hayes is being sued by Sofia Jamora, the NBA player’s ex-girlfriend, for assault and battery related to an alleged series of incidents.

TMZ reported the filing of the lawsuit, in which Jamora claims that Hayes committed several disturbing acts during the course of their relationship.

“Hayes, the 8th overall pick in the 2019 NBA Draft, is being sued for assault and battery by Sofia Jamora, who claims he roughed her up on multiple occasions during their relationship … including the night he got into a scuffle with cops,” wrote TMZ.

“According to the lawsuit, obtained by TMZ, Jamora claims they started dating in October 2020 and the NBA stud first got violent with her on Valentine’s Day 2021, violently abusing her in a Dallas hotel room.”

Hayes allegedly got physical with Jamora over a comment related to Valentine’s Day flowers.

“In the docs, Jamora claims she traveled with Jaxson for his NBA game and shared a hotel room, and when he returned to the room he flipped out when she joked about a lack of Valentine’s Day flowers,” TMZ wrote. “She claims he cussed her out, hit her with a suitcase he tossed across the room, physically prevented her from leaving the room and broke down a bathroom door to rip her phone out of her hand.”

Jamora, an Instagram model, also included details in her lawsuit about a 2021 incident that ended with Hayes being arrested.

“In the suit, Jamora claims she left Jaxson at the home during the day while she was at a photoshoot and came home to find her dog severely injured, blaming the bite wounds on Jaxson’s much bigger dogs,” TMZ wrote. “She says Jaxson was ‘passed out from a drug-induced stupor’ when she got home, and while he was asleep she put his dogs in crates.

“In the docs, Jamora claims Jaxson eventually woke her up at midnight and asked what happened to the dogs before flying off the handle. She says they got into a verbal argument, which escalated into Jaxson allegedly threatening for his cousin to rape her.

“In her suit, Jamora claims Jaxson got physical with her and her puppy, throwing the pup to the ground and grabbing and shaking her, to the point where she told him he was hurting her. She says she locked herself in a bathroom, but he broke the door down and roughed her up.

“Jamora claims Jaxson chased her all around the house and the property, grabbing her multiple times, tossing her around and dragging her down some stairs. She says he became enraged and started breaking anything he could get his hands on.

“According to the docs, Jamora claims she locked Jaxson out of the house but he broke in through a window and she texted her cousins, begging them to call the cops.

“In her suit, Jamora claims cops eventually arrived and Jaxson started interfering with the police investigation, getting into an altercation with officers where he was tased.”

Hayes was charged in January with 12 misdemeanor counts related to the night of his arrest.

The Pelicans are still in contention for a playoff berth this season, though such unwanted distractions won’t help their efforts to get there.