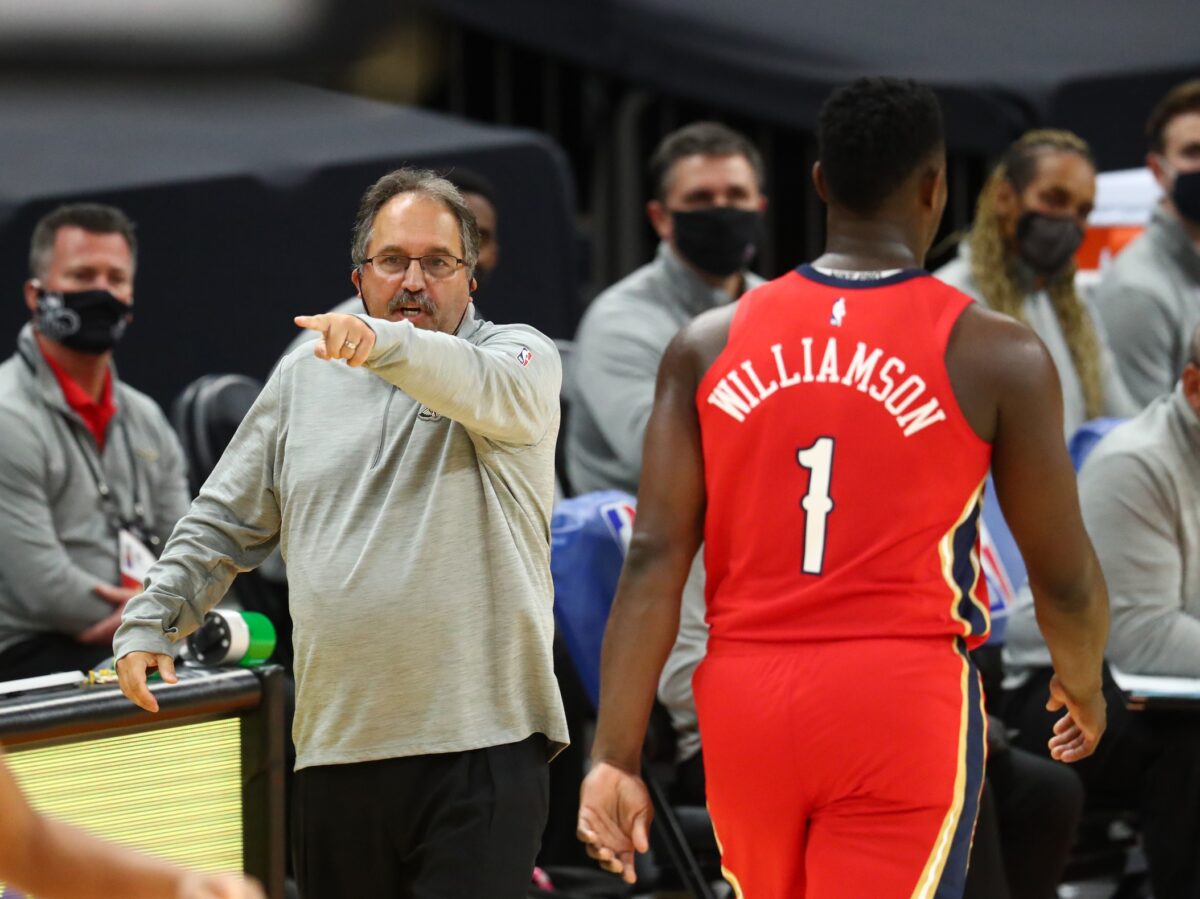 A new report indicates that the relationships between New Orleans Pelicans head coach Stan Van Gundy and his players are struggling because of an inability to connect with each other.

Reporter Sam Amick pointed out during a radio interview that Van Gundy’s blunt criticism and aggressive manner haven’t meshed with the Pelicans.

“In New Orleans, the players are not vibing with the coach,” Amick said on KHTK radio. “There’s issues there.”

Van Gundy was hired last year to help develop young talents like Zion Williamson and Brandon Ingram, but his pointed comments about mistakes the team has made apparently has struck a nerve with players.

The end result this past regular season was that the Pelicans finished with a disappointing 31-41 record, missing the postseason. That record came after Van Gundy indicated prior to this season that the Pelicans would be more physical.

The 61-year-old Van Gundy had success during each of his three previous stints as an NBA head coach, which is part of the reason the Pelicans hired him.

However, the need for Van Gundy and his team to work out the underlying issues during the offseason is integral to getting the Pelicans back on track toward their goal of challenging for an NBA title.