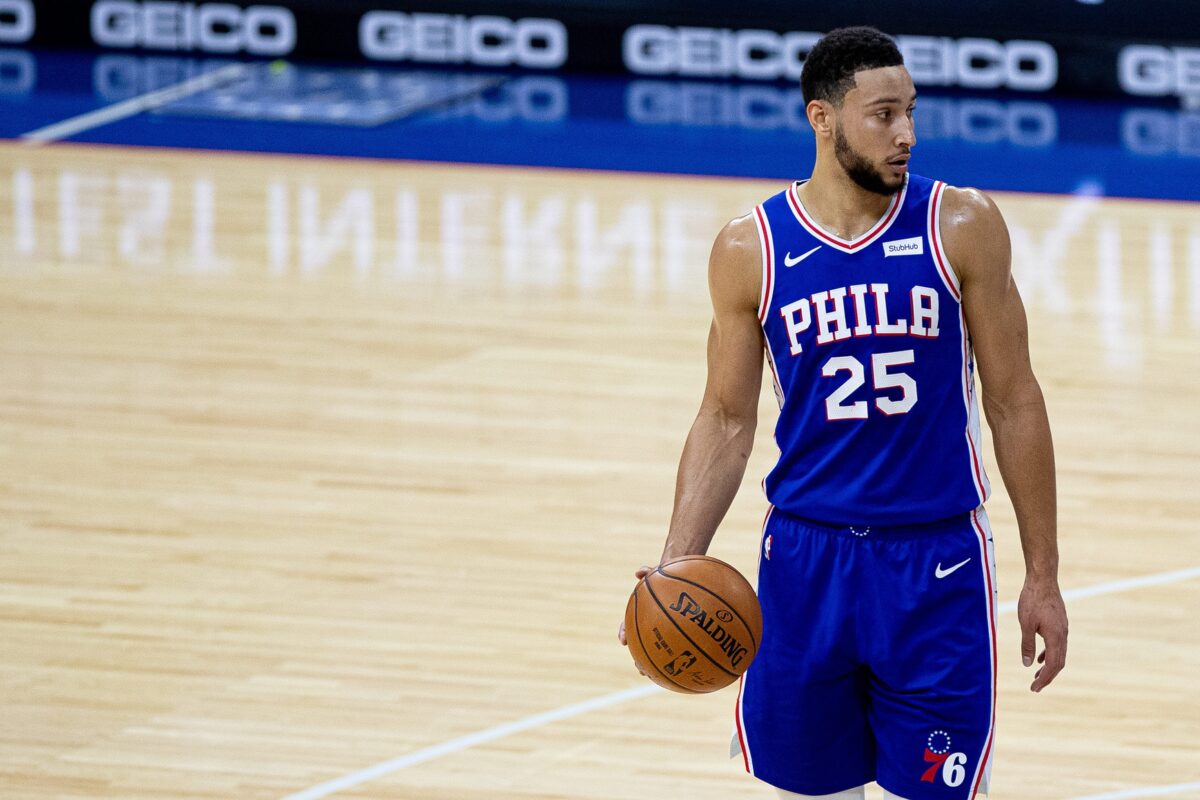 Philadelphia 76ers point guard Ben Simmons is reportedly owed a portion of his salary on Friday, but it sounds like the team isn’t planning on paying him.

“October 1 marks the date that the second 25 percent of Simmons’ salary for the 2021-22 season—roughly $8.25 million—is due to the All-Star guard, but the Philadelphia 76ers do not intend to pay Simmons on Friday, league sources told Bleacher Report,” wrote Bleacher Report’s Jake Fischer.

“Simmons already received 25 percent of his salary for this season, the second of a five-year, $177 million agreement he signed back in 2019, and the October 1 payment was intended to be the subsequent installment of his pay.”

The organization reportedly believes Simmons is failing to fulfill “the terms of his contract” by not reporting to the team. The team is refusing to pay him for that reason.

Reporting with @WindhorstESPN and @BobbyMarks42: Sources confirm the 76ers have not paid Ben Simmons the $8.2 million he was owed today. The money has been put in an escrow account, & any fines accrued by him for not showing up will be deducted from that amount moving forward.

The three-time All-Star apparently isn’t happy about this. It sounds like there’s a chance he could report to the team in order to receive his pay.

If he were to do that, he would reportedly maintain that he is “injured and unable to compete.”

“Philadelphia views Simmons’ refusal to report to training camp as not fulfilling the terms of his contract,” Fischer continued. “In dialogue with league-office personnel and players union officials, the Sixers appear to be within their rights to withhold that lucrative check.

“In turn, there have been growing whispers this week among NBA sources with knowledge of the situation that Simmons could respond by actually reporting to Philadelphia in the coming days, but maintaining that he is injured and unable to compete. Simmons has had noted knee and back injuries in the previous two seasons.”

There’s also reportedly a growing concern about the possibility of Simmons setting a new precedent regarding holdouts.

“The Sixers’ first preseason game is in Toronto on Monday, and there’s a belief held in league circles that Simmons may even rejoin the Sixers prior to that contest. How that would be received by teammates and staffers remains to be seen.”

Simmons reporting to training camp would surely cause a massive stir across the league. It would be extremely interesting to see if the 25-year-old would interact with any of his teammates.

Of course, there has been a major fallout between Simmons and many members of the organization. It seems like the former first-round pick wants no part of some folks that are associated with the team.

Time will tell how this matter will unfold.