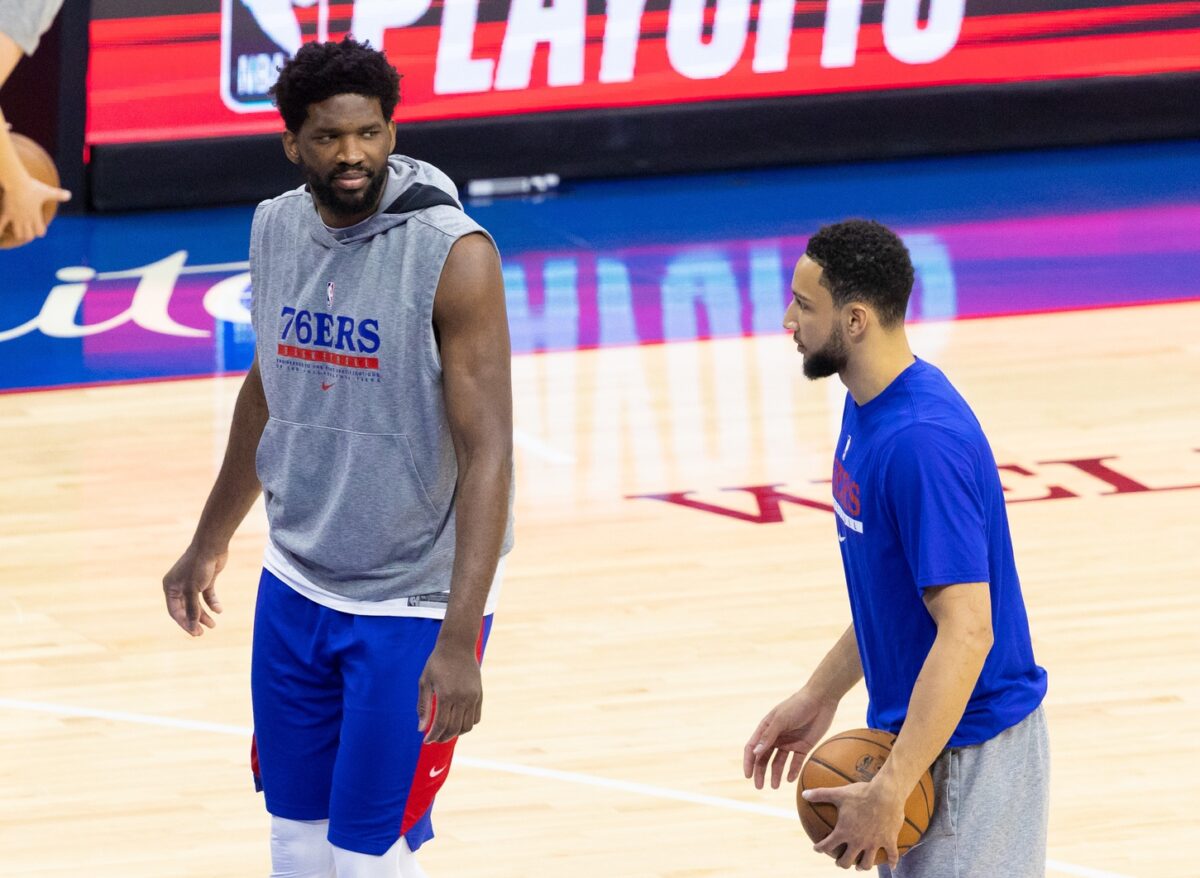 According to a report, many folks around the NBA believe that the Philadelphia 76ers’ duo of Joel Embiid and Ben Simmons “does not work on multiple levels.”

“The talk around the Las Vegas Summer League was that Daryl Morey was asking for the moon and the stars for Simmons, with his age, contract status and three All-Star appearances prompting Morey to say the Sixers would need a ‘[James] Harden-like package’ to part with him,” wrote Jon Krawczynski of The Athletic.

“The response from teams showing interest back then? ‘Good luck with that.’ It is widely believed around the league that the Simmons-Embiid pairing does not work on multiple levels and opposing GMs were sitting back and waiting for things to get messy to bring the asking price into a more realistic range. And if Simmons telling the Sixers that he will not report to training camp ain’t a mess, it’ll do till the mess gets here.”

It sounds like executives around the league had a hunch that things were going to fall apart behind the scenes for Philadelphia. Those suspicions have been proven correct, as it was reported that Simmons cut off virtually all communication with the team once the 2020-21 season ended.

Just days ago, it was also reported that Simmons does not plan to report to training camp ahead of the 2021-22 season. The belief is that he wants to part ways with the organization.

The fact that Simmons wants out will likely impact the amount of leverage the Sixers will have in trade talks. The team might be forced to lower its asking price.