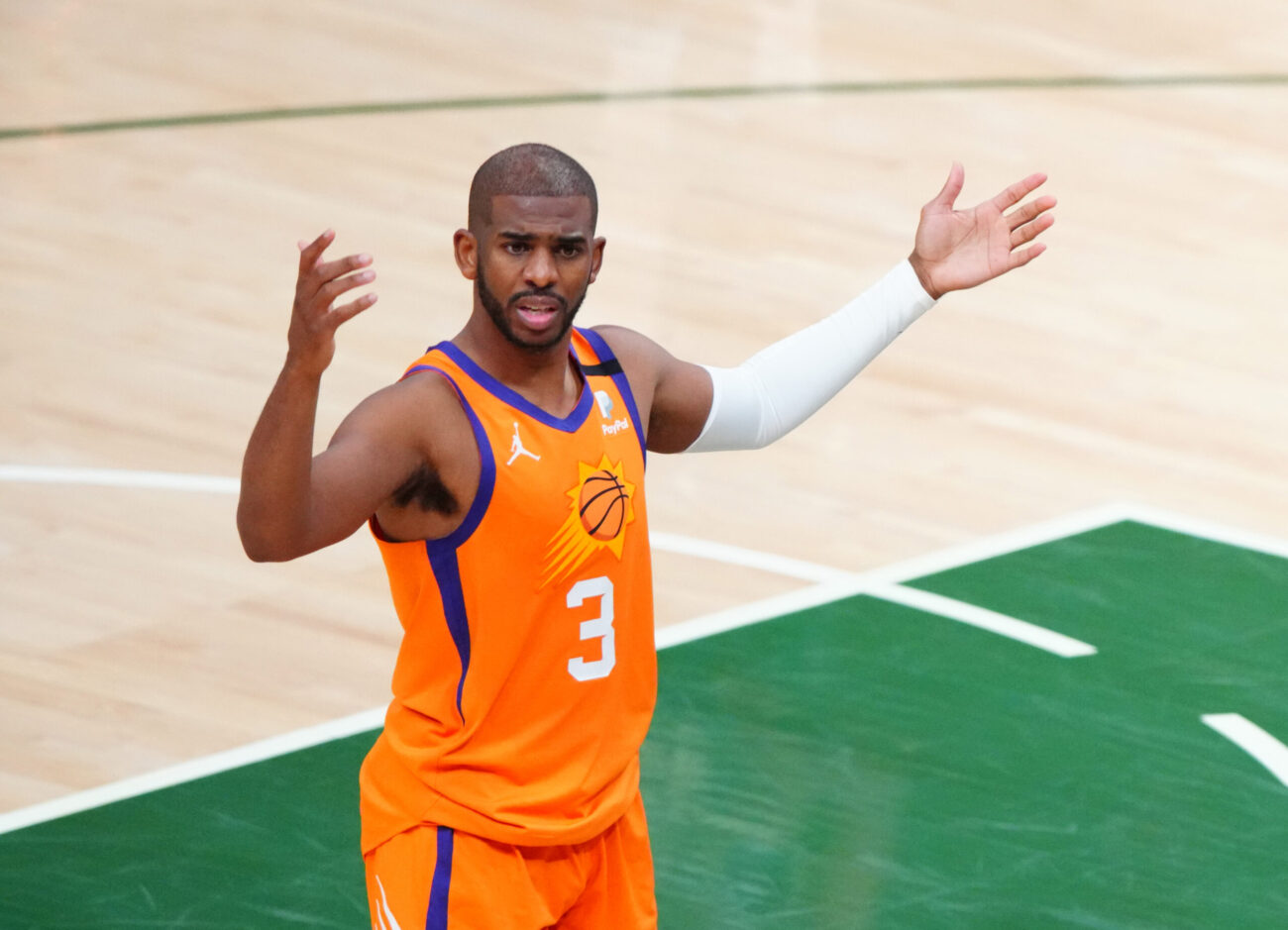 After the embarrassing loss by the Phoenix Suns in Game 7 of their series against the Dallas Mavericks, point guard Chris Paul has been a topic of conversation in the sports world practically nonstop.

Paul, who is considered by many to be one of the greatest point guards to ever play the game, has yet to win an NBA title. At 37 years old, the very real possibility that he will ultimately retire without a ring is coming into sharper focus.

On Monday, fellow NBA guard Patrick Beverley took it upon himself to criticize Paul live on the air. On Tuesday, sports pundit Colin Cowherd came to Paul’s defense and made some pretty outlandish claims in the process.

"I will defend Chris Paul righteously. He is great, never had a great No.2 and has had some of the greatest players in league history in his way."

To claim that that Paul is an all-time great whether he wins an NBA title in his career is one thing, but claiming that he’s never played with a “great No. 2” option is something else entirely. Moreover, many could argue that it’s simply wrong.

Paul has had the benefit of playing with some incredible players at the peak of their careers. Some of the stars that he’s played with include former MVP James Harden, current teammate Devin Booker and former Los Angeles Clippers running mate Blake Griffin.

Those three players alone could be considered “great” No. 2 options or even No. 1 options.

Of course, this is the way that sports media often goes. One person says an outlandish claim on one end of the spectrum and another says the opposite. It gives pundits something to talk about, and it gives fans endless discussions to get angry about.

It will be interesting to see who responds to this latest wrinkle in the current conversation regarding Paul.