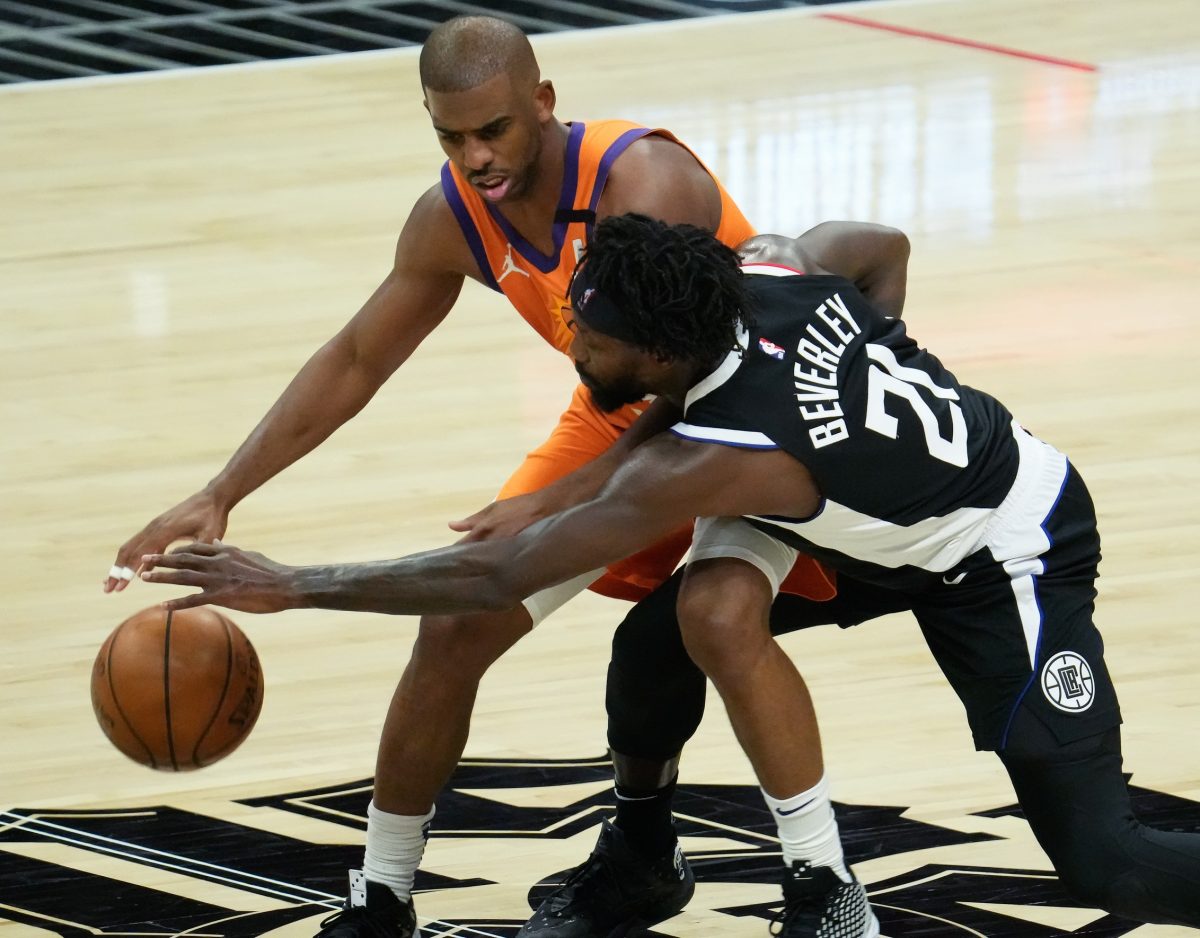 Phoenix Suns superstar guard Chris Paul had a brutal showing in Game 7 of his team’s series versus the Dallas Mavericks, and famous NBA pest Patrick Beverley isn’t holding back on the Suns star.

Just hours after the Suns’ season ended, Beverley joined “Get Up” on Monday to discuss Paul’s shortcomings.

Beverley also took to Twitter on Sunday night, questioning the idea that Paul deserves to win an NBA title.

On “Get Up,” Beverley claimed that it is fine to slander Paul under the current circumstances. He also took some time to put Paul’s lack of defensive abilities under the microscope.

Pat Bev on @GetUpESPN: "CP can’t guard anybody man. Everybody in the NBA know that. You know those cones in the summer that you dribble around? What does the cone do? Nothing. He’s a cone… It’s just that y’all don't want to accept that. Give him the Ben Simmons slander."

It’s not much of a statement to say that Paul’s strength does not lie in his defensive ability, as he’s known for his offensive impact. However, in Sunday’s game, his offensive strengths were not on display either. He finished the game with just 10 points and four assists.

Entering the season, the Suns appeared to be the team to beat in the West. After all, they advanced to the 2021 NBA Finals and went up 2-0 in the series before losing four straight to the Milwaukee Bucks.

Now, Paul and his teammates will have to try to pick up the pieces and reload for another long season. At 37 years old, Paul likely knows that he’s running out of time in the NBA. He would obviously love to win a title, but he certainly just let a great championship opportunity slip through his fingers.