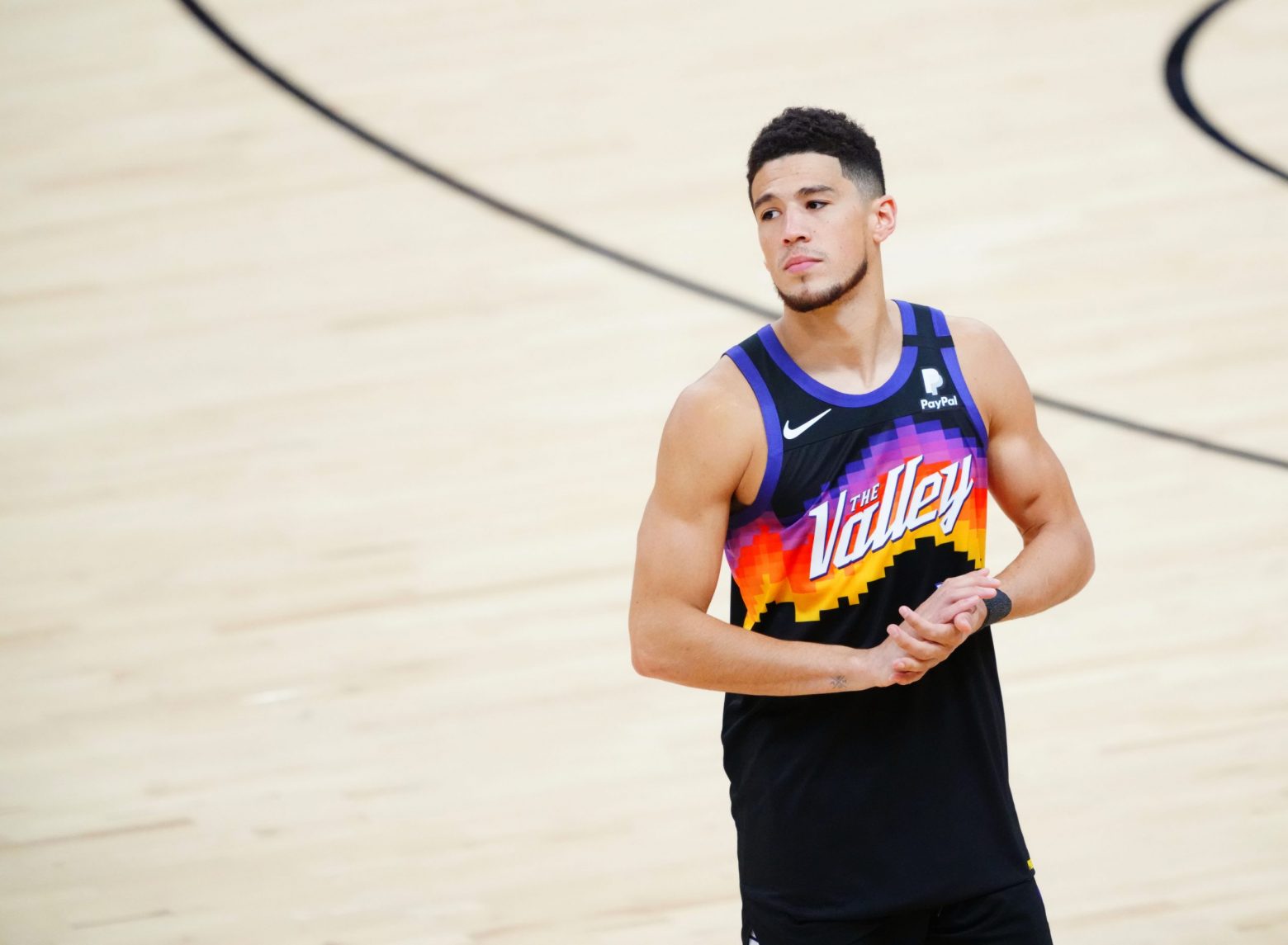 Phoenix Suns superstar Devin Booker was noncommittal when talking about whether or not he has received the COVID-19 vaccine.

Booker recently tested positive for the virus, prompting some questions about his vaccination status.

“I’m not gonna tell you guys if I have the vaccine or not, but you could still get COVID with the vaccine, for anybody that’s saying that,” Booker said. “Educate yourself, educate yourself.”

Booker’s vaccination status is obviously unclear. However, some other stars around the NBA are known to be unvaccinated.

Kyrie Irving, for example, might not be able to play in Brooklyn Nets home games due to the fact that he is unvaccinated. Golden State Warriors forward Andrew Wiggins is in a similar situation with his team.

It sounds like some misinformation has been floating around multiple locker rooms in the NBA, and it’s possible that has contributed to the fact that a handful of players have not received the vaccine.

The league is reportedly considering asking some of its superstars to appear in a pro-vaccine PSA to hopefully put some of these issues to rest. The 2021-22 NBA season is rapidly approaching, and many fans are worried that these problems won’t be resolved in time.