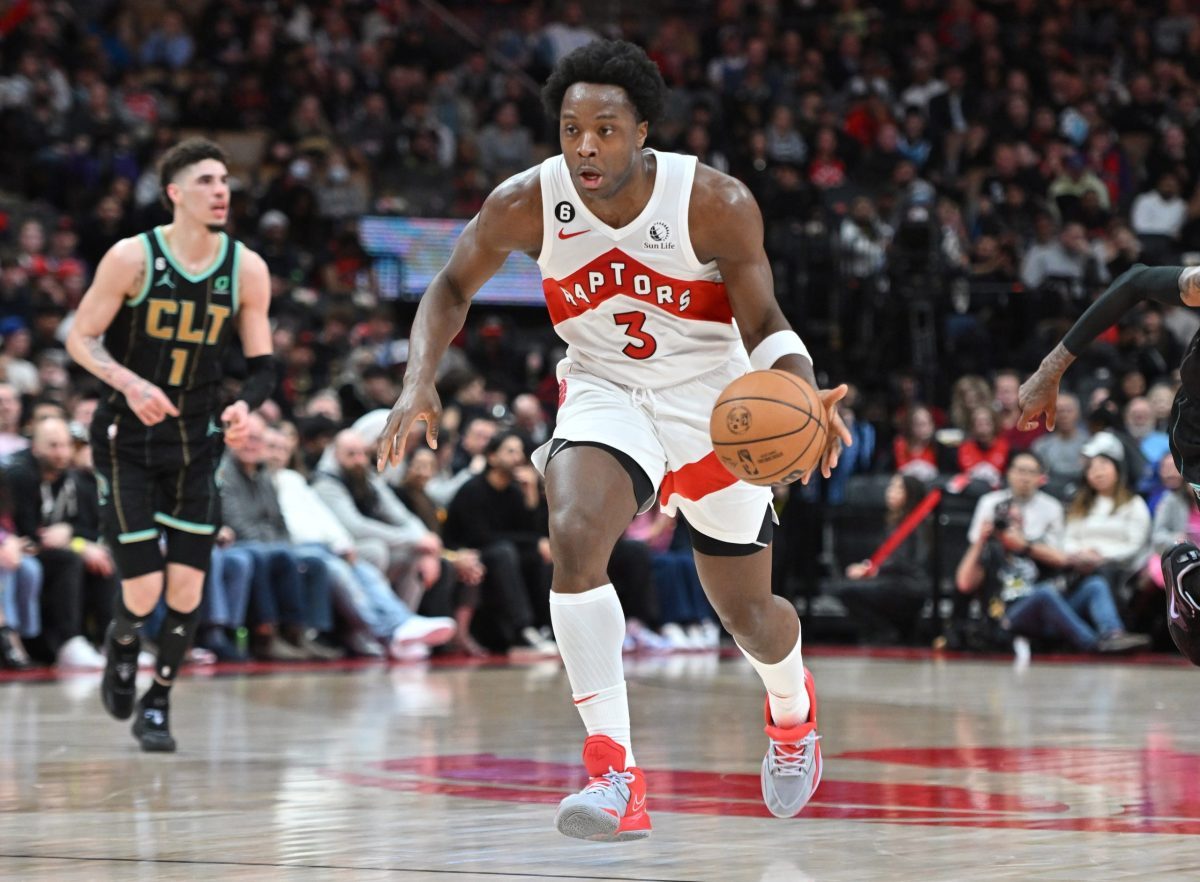 Just heard this on the Bob McCowan podcast:

“I talked to an NBA insider yesterday, this is a guy I’ve known for a few years, he tells me… Anunoby wants out of Toronto”

Take that as you will. pic.twitter.com/Dolb8UE91o

Anunoby, 25, is having one of the best seasons of his NBA career in the 2022-23 campaign, but the Raptors have struggled a bit, sitting in the No. 12 spot in the Eastern Conference.

Toronto made the playoffs last season, but it could look to blow things up at the trade deadline with players like Fred VanVleet and Gary Trent Jr. possibly hitting free agency this coming offseason.

If Anunoby does truly want out, he’s a player that the Raptors could look to move as well to maximize his value.

Anunoby is under contract through the 2023-24 season and has a player option for the 2024-25 campaign. He’s set to make less than $20 million per season for the remainder of his contract.

This season, Anunoby is averaging 17.4 points, 5.7 rebounds and 2.0 assists per game while shooting 45.9 percent from the field and 36.4 percent from beyond the arc. He is a terrific defender as well, and he can switch off to guard multiple positions.

There certainly would be plenty of interest in Anunoby if the Raptors made him available, and if he truly wants out from the franchise, it would make sense if it moved him now.

By trading Anunoby this season, the Raptors may be able to net more in return in a trade since he’s under contract for the 2023-24 campaign. If the team waits until after this season or for next season’s trade deadline, he may be viewed as more of a rental.

Toronto has a rising young star in Scottie Barnes that it could build around if it decides to blow the roster up this season. Moving on from Anunoby, VanVleet, Trent and potentially Pascal Siakam could net the Raptors a ton of young talent and/or draft capital if they choose to go that route.

A first-round pick in the 2017 NBA Draft, Anunoby has improved steadily in his career. He was a part of the Raptors team that won the NBA Finals in the 2018-19 season, and he’s averaged at least 10.6 points per game in four straight seasons.

It will be interesting to see how the Raptors handle Anunoby’s future ahead of the Feb. 9 trade deadline.