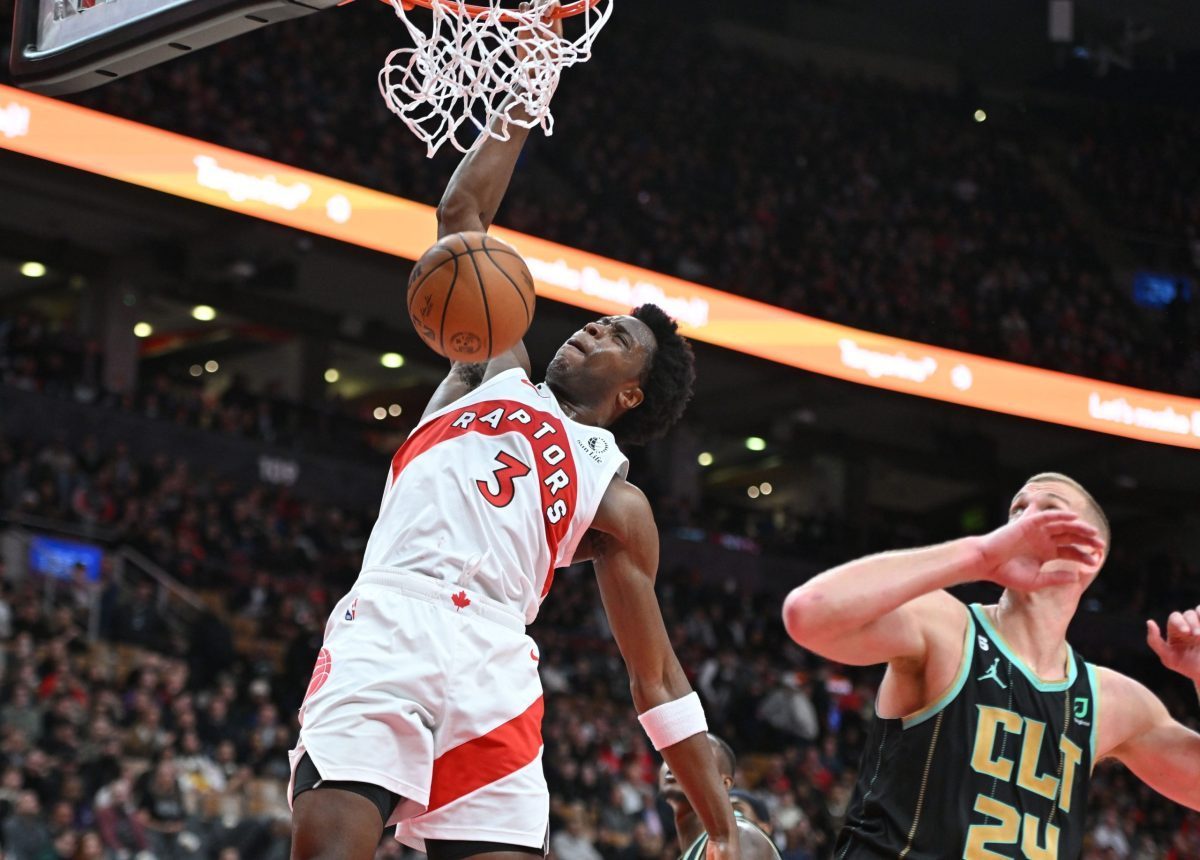 While trade rumors continue to swirl around the Toronto Raptors, it seems like they won’t part with their core players for cheap. A recent report revealed what interested parties would have to give up in order to pry forward O.G. Anunoby away from Toronto.

“It would take at least two promising players on team-friendly deals and a pick to pry him away,” wrote Doug Smith of the Toronto Star.

It makes sense that teams would have to give up a decent amount in order to acquire Anunoby. After all, he’s recording 17.6 points, 5.7 rebounds, 2.1 assists and 2.2 steals per game this season while knocking down 45.6 percent of his shots from the field and 35.6 percent of his attempts from 3-point range.

While Anunoby has been having a solid season individually, the Raptors have been unable to enjoy consistent success. They currently sit in 11th place in the Eastern Conference with a 20-25 record. They just can’t seem to keep up any type of momentum they get.

However, their current six-game stretch in which they are 4-2 has shown some positive signs. If they can continue to string together some wins, they might be able to claw themselves back into the playoff picture.

It’s been a disappointing campaign for a team that went 48-34 finished with the fifth seed in the East last season before losing to the Philadelphia 76ers in the first round of the playoffs.

With much of its core returning, expectations were pretty high for the squad, but it just cant seem to get out of its own way. Maybe a roster change is needed, and players on the Raptors would surely get tons of interest around the league.

Scottie Barnes is reportedly viewed as the only untouchable on the roster, so that means players like Anunoby, Gary Trent Jr., Fred VanVleet and Pascal Siakam might be gettable for the right price.

The New York Knicks have been linked to Anunoby and Trent, so they might be a team to keep an eye on regarding potential moves involving Raptors players.

In the middle of December, it was reported that rival executives were “bracing for fireworks” if the Raptors were still hovering around .500 in two months. January will be over in less than two weeks, and with the Raptors still below .500, it seems like those fireworks might just end up going off.