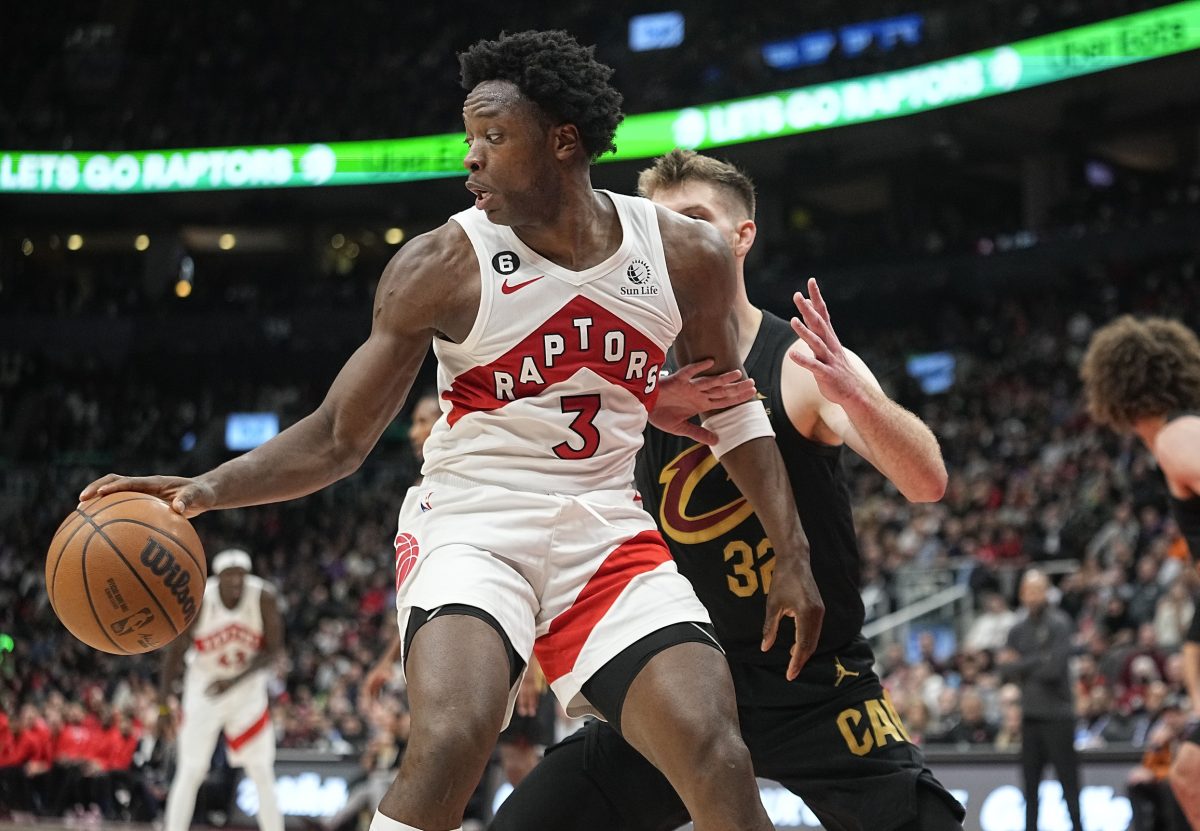 The New York Knicks have been on a roll recently, but it seems like they thought about changing the roster recently, as someone from the organization reportedly reached out to the Toronto Raptors regarding O.G. Anunoby.

“Internally, the Knicks were well aware that things were teetering,” wrote Ian Begley of SNY.tv. “Before this most recent winning streak, someone from the club reached out to the Toronto Raptors to ask about trading for OG Anunoby. That’s a trade that would come at a significant cost — it’s not a move you make unless you know you have to shake up your roster.”

New York is currently on a seven-game winning streak and seems to have finally found ways to best use the talented players on its roster. The team is now in sixth place in the Eastern Conference and 1.5 games ahead of the Miami Heat in seventh place.

As for Anunoby and the Raptors, they’re sitting in 10th place in the East, as their current six-game losing streak has dropped them down the standings. Many believe the team might decide to blow things up and begin a rebuild if it cannot get out of the hole it’s currently in.

Acquiring a player like Anunoby certainly wouldn’t be cheap. The former first-round pick is averaging 18.7 points, 5.8 rebounds and 2.1 assists per game this season while shooting 47.4 percent from the field and 33.6 percent from beyond the arc.

While many teams are seemingly interested in the one-time champ, they might have to pay a pretty penny in order to acquire him.

“The entire league wants OG Anunoby. Everybody wants OG Anunoby. If he ever gets traded, the price and picks are going to surprise people because it might be on par almost with what the Cavs gave up for Donovan Mitchell”

He has also been fantastic on defense and recently declared himself as the best defender in the entire NBA. Given that he’s only 25 years old, he still has lots of time to expand his game and improve.

The Knicks have plenty of future draft picks in their back pocket, and they would probably need to part ways with plenty of them in a potential for Anunoby. Maybe they’d try to package big man Julius Randle, who has seen his name involved in trade rumors, into the deal.

Only time will tell what ends up taking place. The Knicks and Raptors are set to face off against each other on Wednesday night.