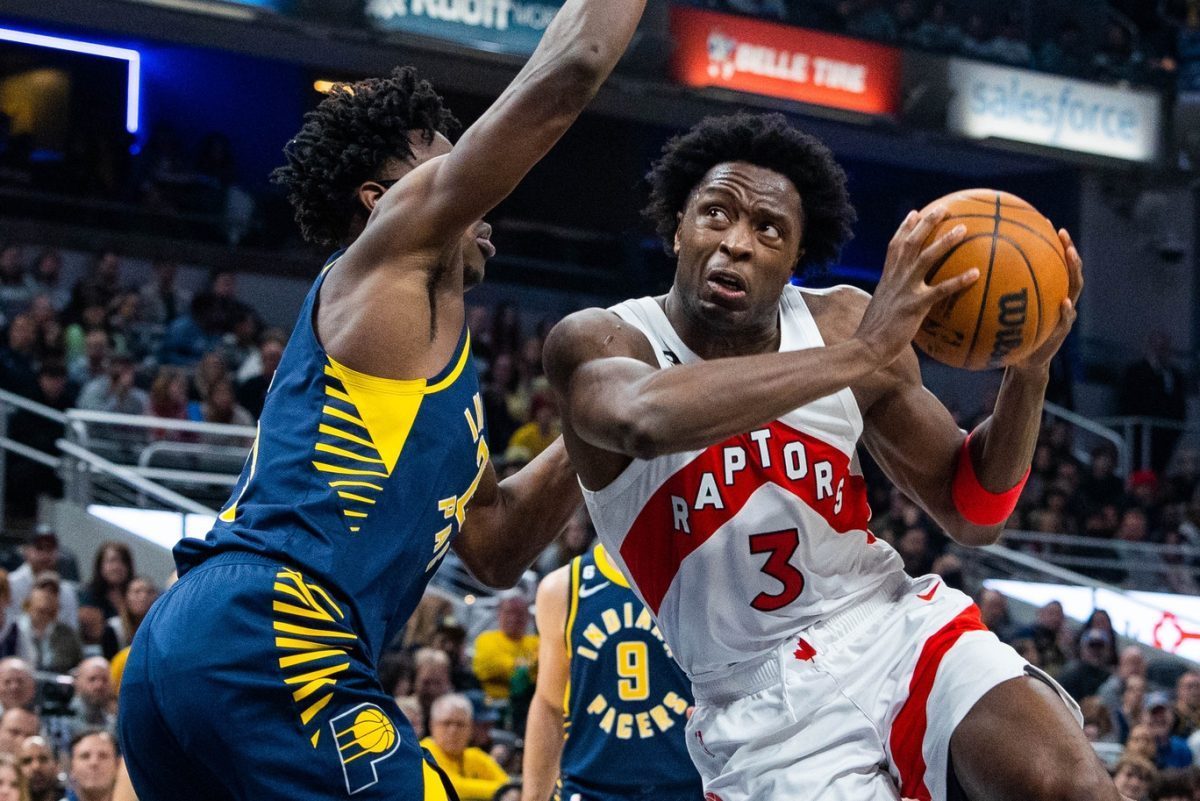 With the Toronto Raptors still outside of the playoff picture, they continue to be mentioned in trade rumors. O.G. Anunoby is one Raptors player who has seen his name involved in those rumors, but it seems like the Raptors aren’t willing to let him go for cheap.

Despite their pretty high asking price for Anunoby, the Raptors seem to be fielding interest from teams. One mystery team apparently offered three first-round picks for the talented wing.

“You want to move one core piece?” wrote Bruce Arthur of the Toronto Star. “You have four available, and the differences in potential return between Gary Trent Jr., [Fred] VanVleet, Anunoby and Pascal Siakam range from minor upgrades to a bejewelled haul. You want to become Oklahoma City, with draft picks in bunches? At least one team has previously offered three first-round picks for Anunoby, and Siakam is worth more. Trading both would be a near-total reset around Scottie Barnes.”

Fans will certainly speculate about which team offered three first-rounders for the No. 23 overall pick from the 2017 NBA Draft. What’s for sure is that the mystery team likely has tons of draft capital to work with.

The New York Knicks have a lot of draft picks in their war chest and were linked to Anunoby earlier this season, so it wouldn’t be shocking if they turned out to be the team in question. They’ve also reportedly expressed interest in Trent.

Anunoby and the rest of the Raptors roster are likely more focused on helping the organization climb out of the hole its currently in. Toronto is 21-27 and sits in 11th place in the Eastern Conference, just two games back of the Chicago Bulls for the conference’s final play-in tournament spot.

The 25-year-old has been having a pretty solid season individually, recording 17.4 points, 5.7 rebounds, 2.0 assists and 2.1 steals per game while knocking down 45.9 percent of his shots from the field and 36.4 percent of his attempts from beyond the arc.

He’s been having a fantastic campaign on the defensive side of the ball after declaring himself as the best defender in the league back in early November. It wouldn’t be a surprise to see him receive some votes for this season’s Defensive Player of the Year.

The Raptors will be a team to keep an eye on as the Feb. 9 trade deadline gets closer. In December, it was reported that rival executives were “bracing for fireworks” if the Raptors were still around .500 in two months.