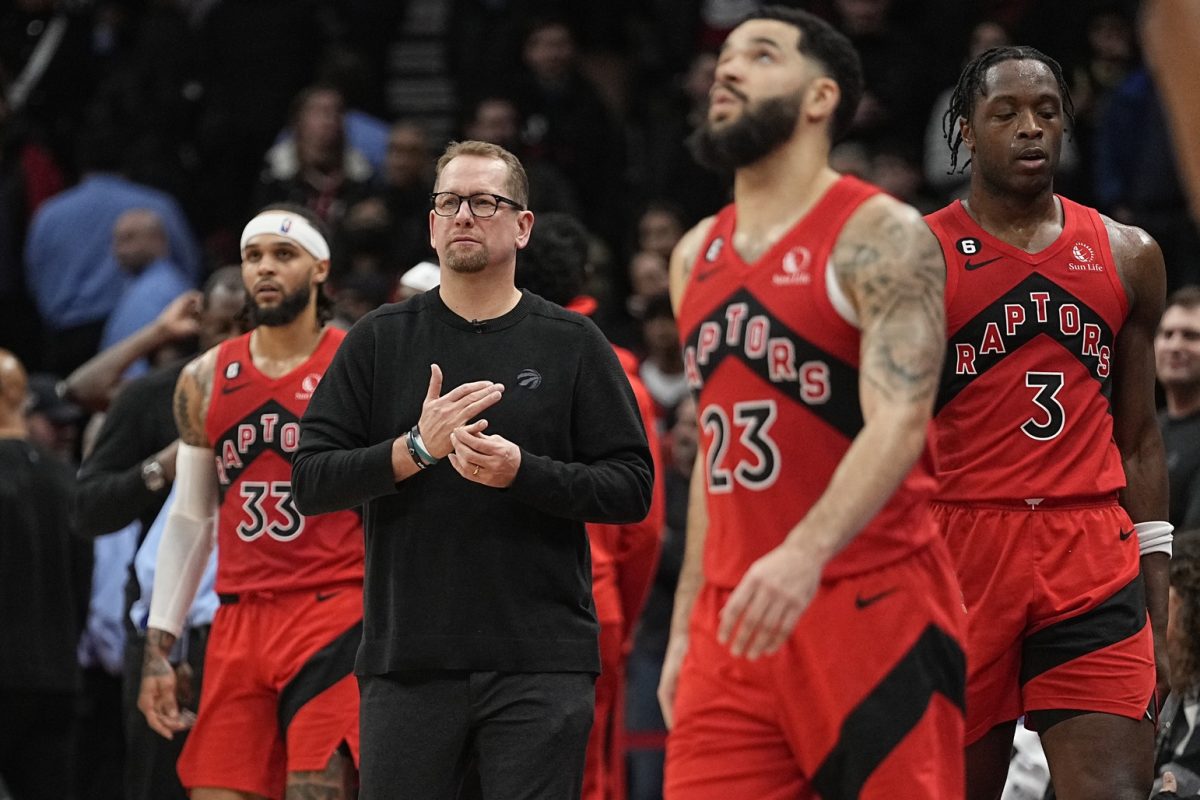 The Toronto Raptors are one of the teams most heavily mentioned in trade rumors these days, as they have plenty of talented players on their roster but are underperforming as a whole.

Raptors insider Eric Koreen believes that one of Fred VanVleet or Gary Trent Jr. will be on the move ahead of the league’s Feb. 9 trade deadline.

“One of these two (VanVleet or Trent) is probably moving. … After a few years of developmental struggles, the Raptors need more contributors on lighter contracts. Trading Trent Jr. or VanVleet is the easiest way to acquire those pieces. I’ve already written about how complex the VanVleet situation is; for that reason, I have Trent as the more likely player to move, although it could be closer than some might think,” Koreen wrote.

The Los Angeles Lakers are reportedly interested in VanVleet while teams like the New York Knicks and Phoenix Suns are intrigued by Trent.

Youngster Scottie Barnes is apparently viewed as the only untouchable on the Raptors roster, so VanVleet and Trent are certainly gettable for teams.

The 28-year-old guard could become an unrestricted free agent this offseason by declining his player option for next season, so any team interested in him would likely want some assurance that he would re-sign with it before parting ways with assets to acquire him.

NBA insider Jake Fischer recently reported that both players are expected to decline their player options for the 2023-24 campaign.

The Raptors are currently 20-26 and sit in 11th place in the Eastern Conference. Just when things seemed to be getting better for them, they have gone 1-3 in their last four games. They just can’t get out of their own way and sustain whatever momentum they create.

Expectations were high for the Raptors coming into this season after they went 48-34 during the 2021-22 campaign and showed some fight against the Philadelphia 76ers in their first-round playoff series.

Given how things have gone this season, it might be a good idea for Toronto to strip down its roster and rebuild around Barnes. It could definitely get some some nice trade packages for players like Pascal Siakam and O.G. Anunoby, whose respective trade prices are considered a “s—load.”

Back in December, it was reported that rival executives were “bracing for fireworks” if the Raptors were still around .500 in two months. February is getting closer and closer, and they are six games below .500, so it seems like there’s a good chance those fireworks will go off.