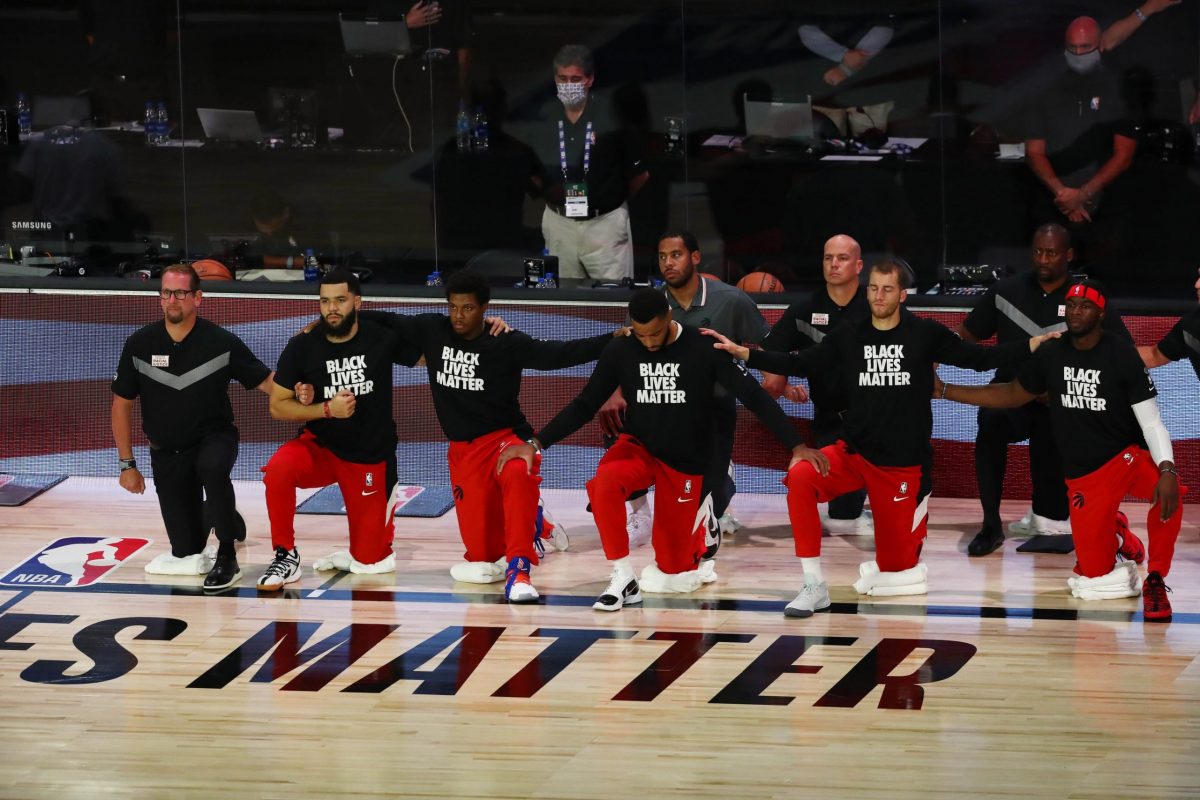 Toronto Raptors head coach Nick Nurse revealed that some of his players have discussed leaving the NBA’s Orlando, Fla. bubble in the wake of the police shooting of Jacob Blake.

Nick Nurse: ‘I’ve had a couple of my guys say they’re thinking about going home'

Blake, a Black man, was shot seven times by police in front of his children earlier this week.

The incident has again brought into question the problem of police brutality against people of color in America.

The Raptors play the Boston Celtics in the second round of the NBA playoffs. However, players from both teams have thought about boycotting Game 1.

The game is scheduled for Thursday.

Celtics guard Marcus Smart brought up the idea that NBA players may begin to boycott following the shooting of Blake.

While NBA players have worn slogans on the backs of their jerseys to promote change, it is clear that they may decide to take a bigger stand.

The defending-champion Raptors swept the Brooklyn Nets in the first round of the playoffs. It will be interesting to see if the team willingly passes up the opportunity to try to repeat as NBA champions in the name of social justice.