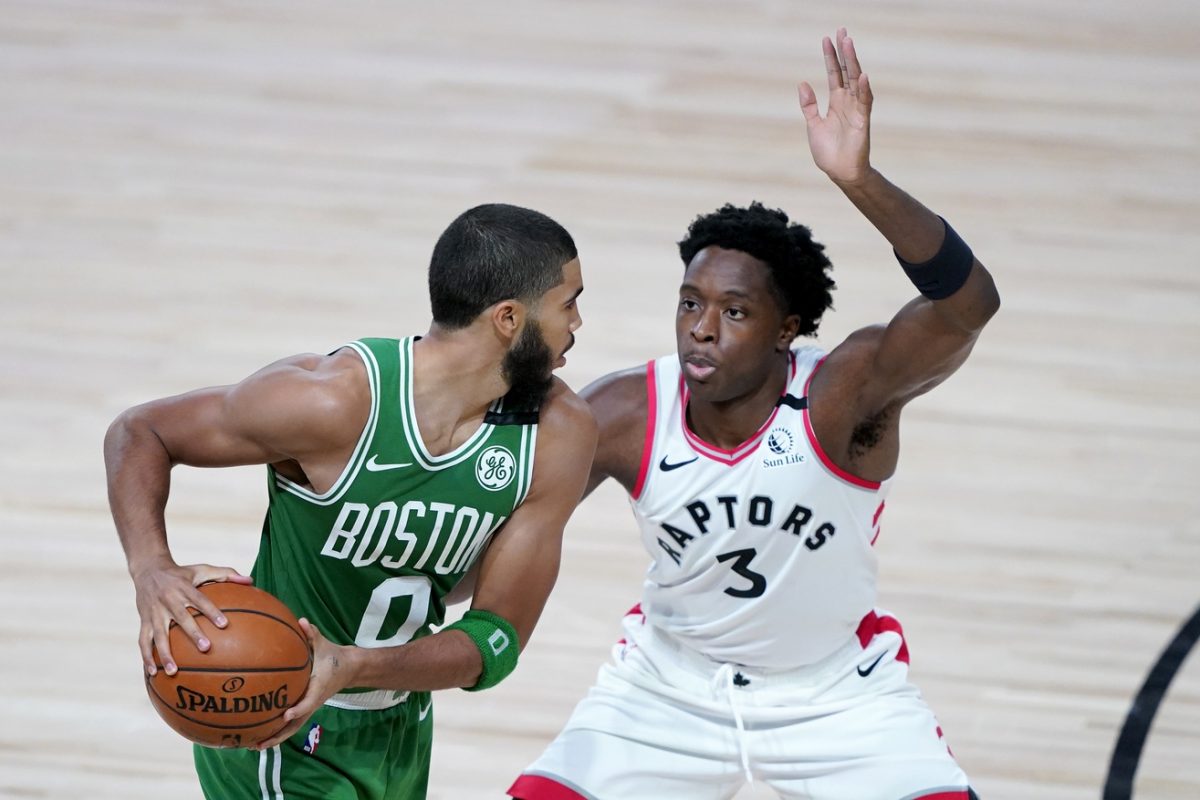 The Toronto Raptors and Boston Celtics are seriously contemplating not playing in Game 1 of their second-round series in response to the police shooting of Jacob Blake.

Raptors & Celtics players met last night at their hotel about possibly boycotting tomorrow Game 1 of the Eastern Conference semifinals and other potential measures in light of the Jacob Blake shooting, a source told @TheUndefeated. Source from both teams says everything on table.

The Celtics and Raptors players are expected to meet again tonight, a source said.

Game 1 of the Celtics and Raptors’ series is scheduled for Thursday.

Celtics defensive specialist Marcus Smart recently said that players have been considering boycotting and not playing the rest of the season.

In addition, Milwaukee Bucks veteran George Hill stated his regret over coming to the NBA bubble in Orlando, Fla. in the wake of Blake’s horrible incident.

Blake, 29, was the subject of police brutality as he was shot multiple times by police in Kenosha, Wis. on Sunday. According to reports, Blake’s three children were in the car when he was shot by police.

The NBA has conducted a variety of different initiatives to help bring awareness and change to the areas of police brutality, racial injustice and voter suppression.

However, not playing in an actual NBA playoff game would be an unparalleled move.