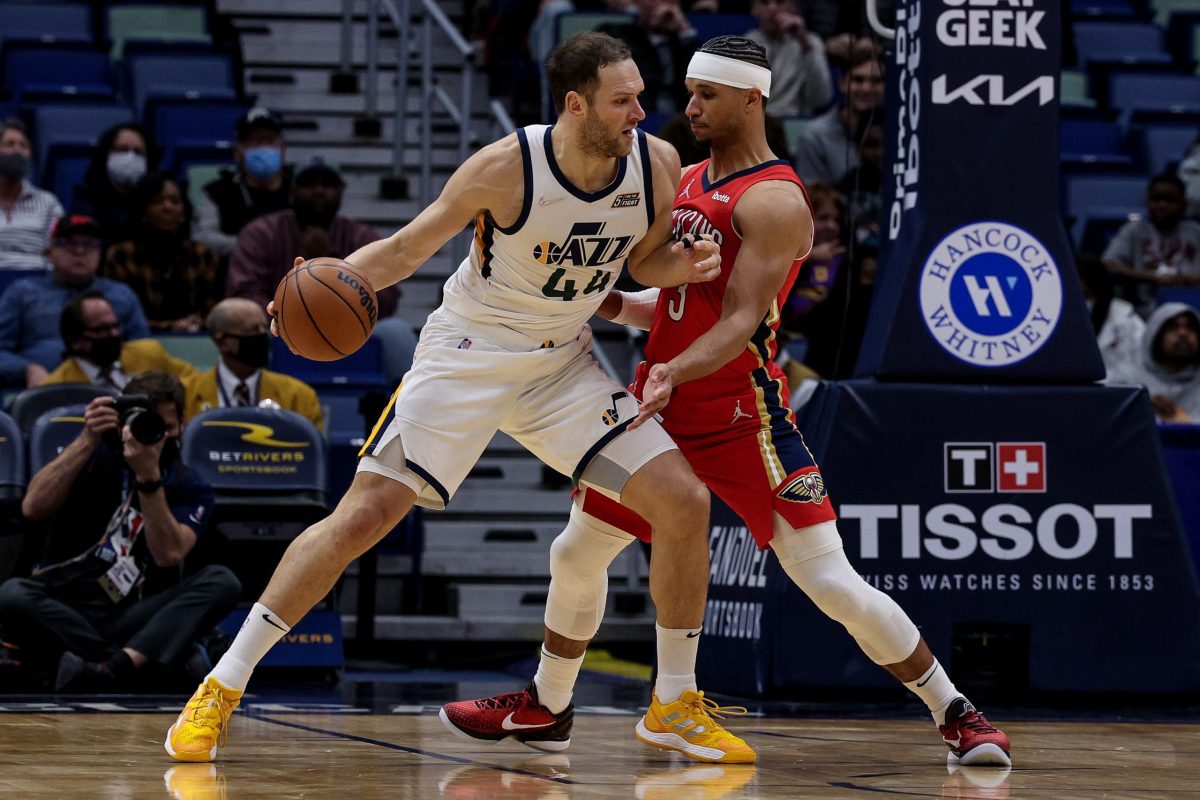 Prior to the trade of Bojan Bogdanovic to the Detroit Pistons on Thursday, the Utah Jazz were reportedly reluctant to deal him for a late first-round pick over financial considerations.

The Jazz received offers including late first round picks for Bogdanovic, but those deals involved longer-term salaries. https://t.co/ZarSmr7r8E

Bogdanovic has only one season remaining on his current deal that’s set to pay him $19.6 million for the coming campaign. His trade availability stemmed from the fact that he’s 33 years old and the Jazz were set to endure a rough season with or without him.

During this past offseason, the Jazz have been a focal point of two blockbuster trades. The first of those came in July when center Rudy Gobert was dealt to the Minnesota Timberwolves.

That was followed earlier this month by the trade of guard Donovan Mitchell to the Cleveland Cavaliers. In Mitchell’s case, he’d been the subject of frequent trade talk, though the New York Knicks were among his most ardent suitors.

The Jazz’s apparent rejection of the earlier deal could also have been related to where the picks were situated. Trading for picks late in the first round means getting players who may be years away from contributing, something that makes taking on long-term salaries much less enticing.

31-year-old Kelly Olynyk signed with the Pistons as a free agent last season, primarily coming off the bench in the 40 games that he played. His sprained left knee helped limited his availability.

Olynyk is set to make $12.8 million for the coming season and $12.2 million during the 2023-24 campaign. Those financial numbers won’t put too much of a burden on the Jazz payroll.

Saben Lee is actually returning to the Jazz after an extremely brief stint as part of the organization. He was drafted by the Jazz in the second round of the 2020 NBA Draft and traded to the Pistons.

Lee has been used as a point guard off the bench during his previous two NBA seasons. His modest numbers could increase now that he’s entering the rebuilding situation with the Jazz.

Bogdanovic was destined to leave the Jazz at the end of the season, even if they had held onto the veteran. With this deal, they’ve at least received something in return.