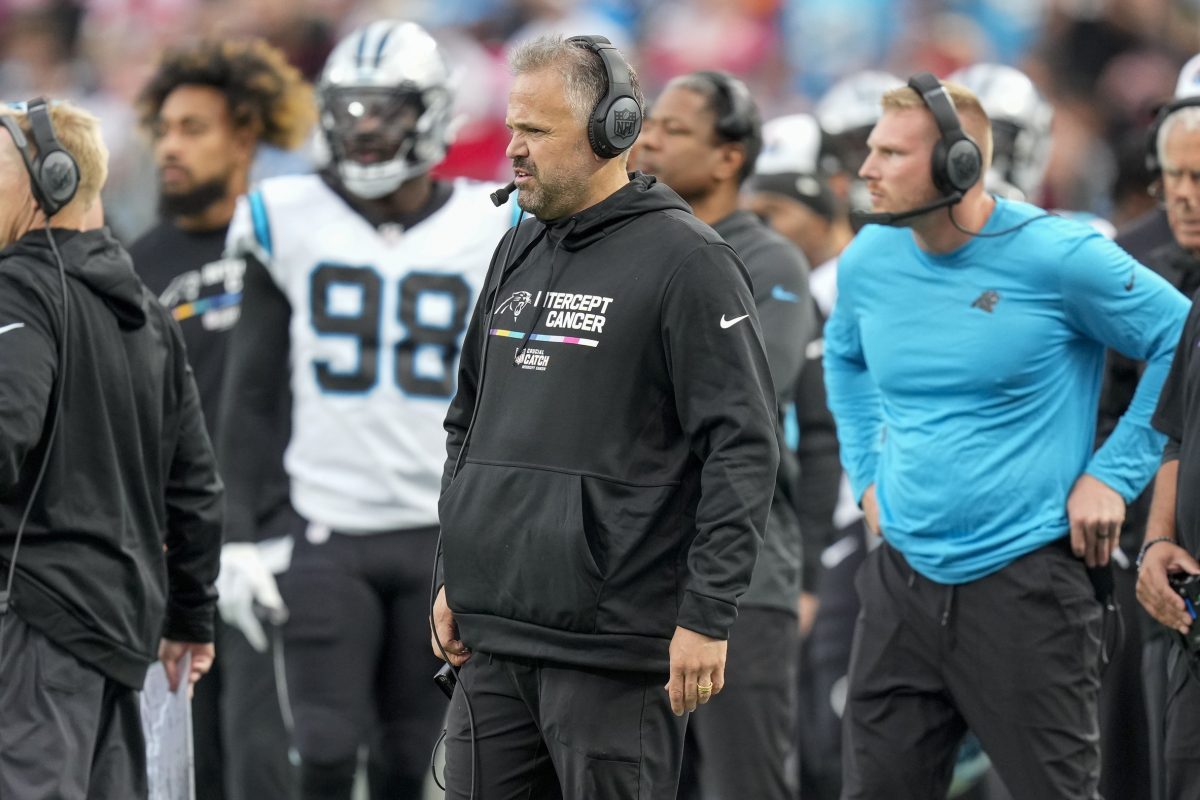 The Carolina Panthers announced the firing of their head coach Matt Rhule on Monday, naming Steve Wilks as the team’s interim head coach.

Steve Wilks takes over as the interim coach in Carolina. https://t.co/utBsr0AsSK

The Panthers have dropped four of their first five games of the 2022 season, with Sunday’s 37-15 home loss to the San Francisco 49ers apparently being the final nail in the coffin.

Rhule was in his third season as the Panthers’ head coach, and he compiled a record of 11-27. In each of his first two seasons at the helm, the 47-year-old Rhule was unable to win more than five games.

Prior to taking the Panthers position, his only previous NFL coaching experience was as an assistant with the New York Giants in 2012.

Rhule’s past coaching success was forged at the collegiate level. He was hired by the Panthers after three seasons as head coach at Baylor University.

Wilks does have experience as a head coach in the NFL, serving in that role for the Arizona Cardinals during the 2018 season. He was dismissed after just one season following a 3-13 campaign.

Before taking the Cardinals job, Wilks served as an assistant with the Panthers for six seasons from 2012 to 2017. The first three years of that tenure came strictly as the team’s defensive backs coach.

In 2015, he was also given the title of assistant head coach and then promoted to defensive coordinator in 2017. He rejoined the Panthers during this past offseason.

The rebuilding Panthers nearly got their 2022 season off on a winning note before a heartbreaking 26-24 loss to the Cleveland Browns on Sept. 11. The defeat came as a result of a 58-yard field goal by rookie kicker Cade York.

#Browns rookie kicker Cade York drills a 58-yard FG and Cleveland takes the lead over Baker Mayfield and the Panthers.

After dropping a 19-16 decision to the New York Giants a week later, the Panthers won their first game of the 2022 season on Sept. 25. In that 22-14 win over the New Orleans Saints, the Panthers scored just one offensive touchdown.

Wilks’ first game as Panthers head coach will provide a stiff challenge as they take on the defending champion Los Angeles Rams. That road clash will come against a team that’s dropped its last two contests and sports a 2-3 record for the season.

It’s possible that Wilks ends up getting considered for the full-time job. However, that undoubtedly will depend on his team’s performance in the weeks ahead.