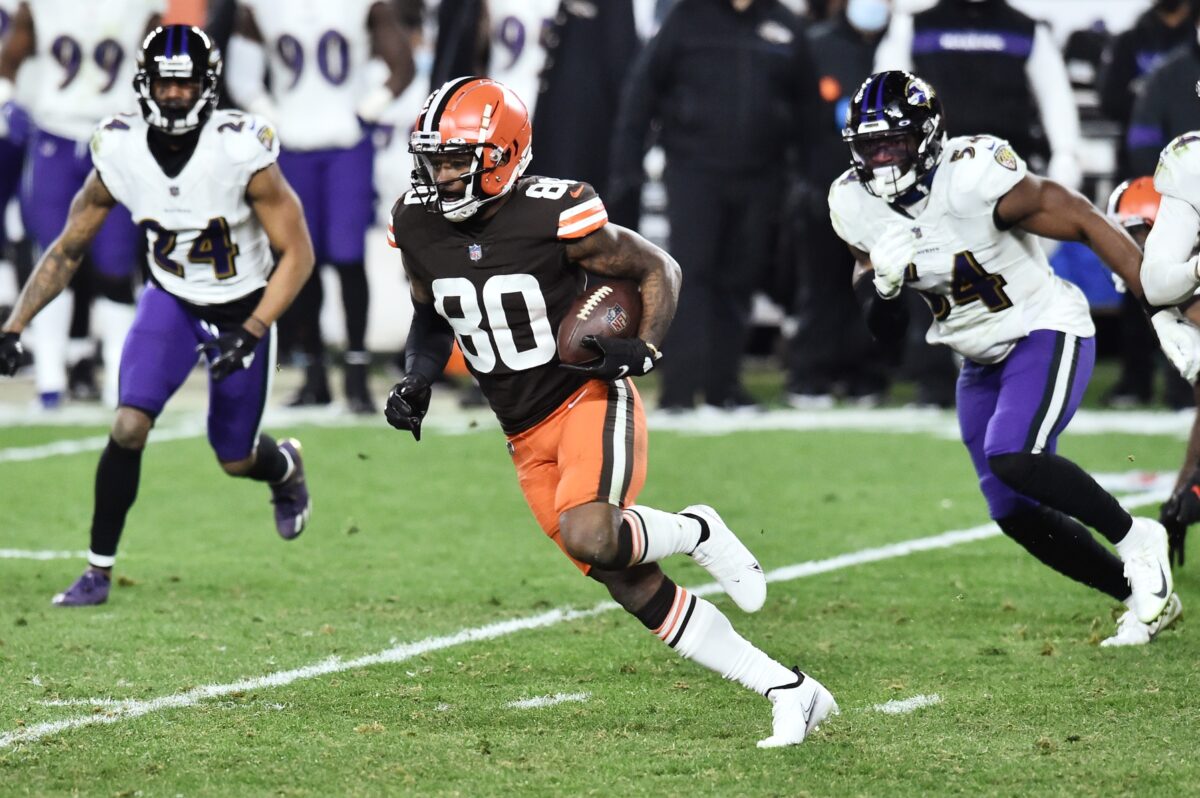 #Browns WR Jarvis Landry on #Ravens CB Marcus Peters appearing to spit toward his back on Monday night:

"If there's protocols for being a man, that's not it."

The incident took place during the first half of the Ravens’ wild 47-42 victory over the Browns, a win that helped keep the Ravens in contention for a playoff berth.

Landry finished the game as one of three Browns receivers to catch a team-high six passes, with the veteran wideout also completing one pass for 12 yards.

Contentious play between wide receivers and defensive backs is often a staple of NFL play, with the Browns-Ravens rivalry heightening the emotions between the two teams.

Peters’ aggressive play during the game included a forced fumble during the first quarter in which the Browns maintained possession after it squirted out of bounds.

Unless the two teams end up facing each other during the postseason, they won’t meet again until next season. However, it seems certain that Landry won’t forget Peters’ action anytime soon.