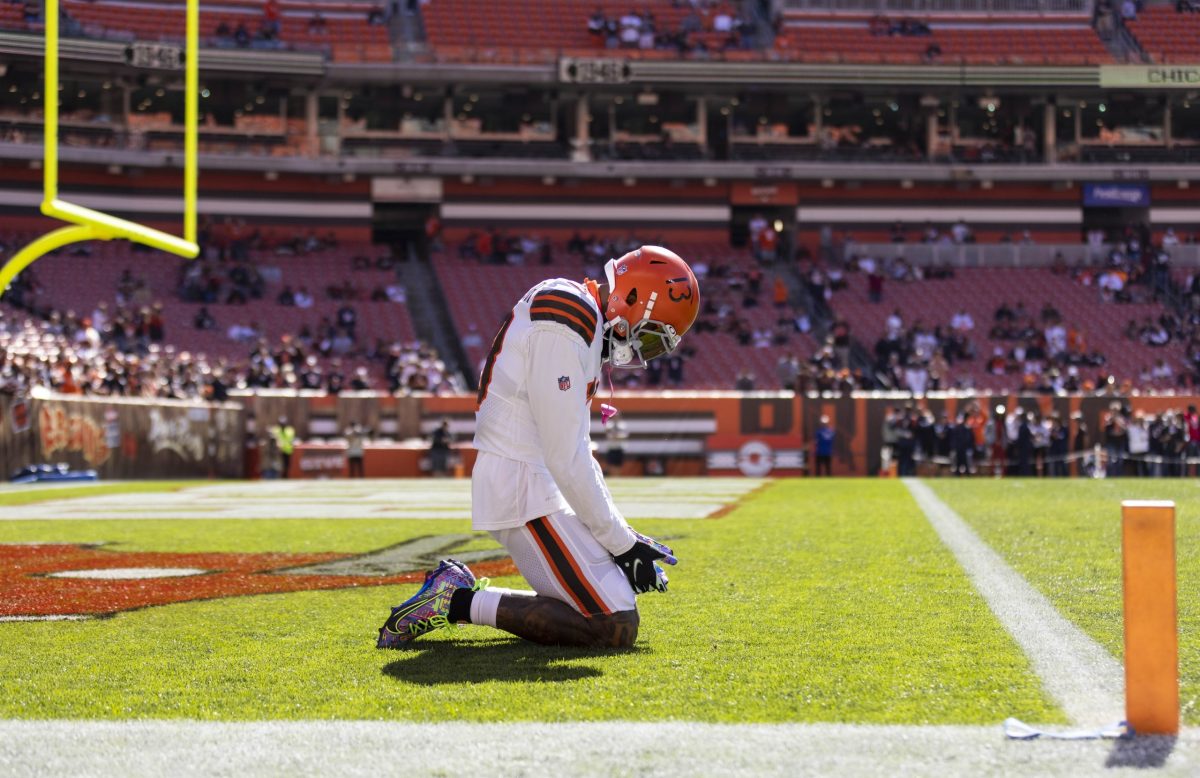 According to a report, the status of Cleveland Browns wide receiver Odell Beckham Jr. is up in the air for the team’s Thursday night game against the Denver Broncos.

Beckham is reportedly “trying to do everything he can” to play.

I'm told #Browns WR Odell Beckham Jr. (shoulder) is dealing with a Grade 3 AC Joint sprain, per league source. My understanding is Beckham Jr. is still trying to do everything he can to be a game time decision & play- at this time. We'll see how things evolve between now & then.

The Browns are already going to be without several key players against the Broncos, including Baker Mayfield, Kareem Hunt and Nick Chubb. If Beckham is also unable to suit up, the Browns might be in for a long night.

Beckham has appeared in four games so far this season. In those games, he has racked up 14 receptions for 203 yards.

He’s capable of being an extremely explosive offensive weapon, and Cleveland is certainly hoping to have his services available against Denver. Only time will tell if the 28-year-old will be able to play.

The Browns are 3-3 on the season and are looking to get things moving in the right direction.