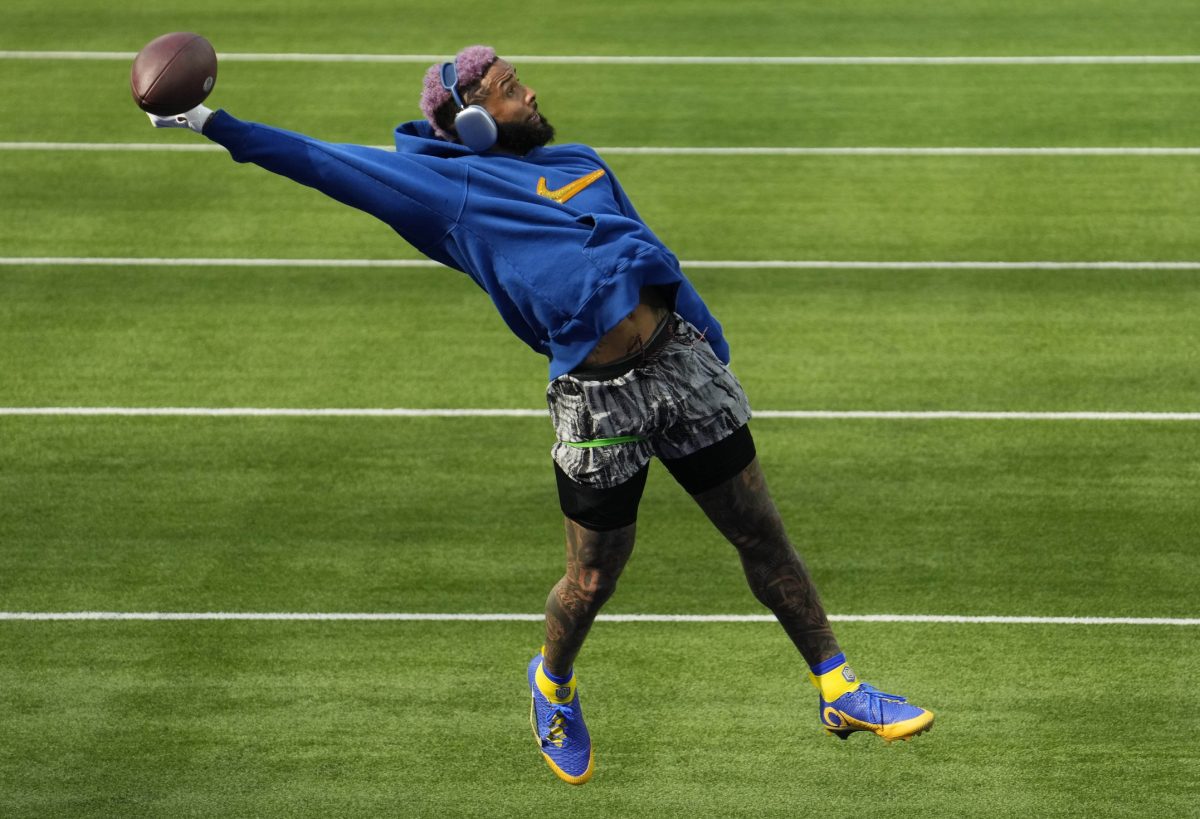 Free agent wide receiver Odell Beckham Jr. has been linked to the Dallas Cowboys for some time, but no deal has materialized yet.

“I don’t want to talk about that but stand by,” Jones said. “This thing could break.”

Jones explained why the Cowboys have interest in Beckham.

“Great players make great plays,” he said. “Great ones make exceptional plays. And so I hope we advance here where a handful of great plays, if I may be arm waving about it, could be the difference in a world championship.”

One can only wonder if the Cowboys will end up signing Beckham at all this season. The team agreed to a deal with veteran T.Y. Hilton on Monday. The four-time Pro Bowler hasn’t played in a game this season after spending 10 seasons with the Indianapolis Colts.

A recent report also stated that several NFL teams believe Beckham is leaning toward sitting out the rest of the 2022 campaign.

“Several NFL teams believe Odell Beckham Jr. is leaning toward sitting out the entire 2022 regular season and postseason and signing with his new team at the start of free agency in March, sources told ESPN,” wrote Jeremy Fowler. “Executives whose teams have done their homework on Beckham expect him to wait because, as one put it, ‘he’ll be the prize’ of the free agent receiver class. Beckham isn’t expected to be ready to play football until the playoffs, and joining a new team and offense for a playoff run comes with injury risk. Leaguewide attrition at the position could change the outlook and prompt a team to sign Beckham to a strong offer this year.”

It would certainly be an interesting move on Beckham’s part if he were to sit out the rest of the season and wait until the offseason to sign with a team. Perhaps he can attract more interest and money from teams that way.

Last season, the three-time Pro Bowler split time between the Los Angeles Rams and Cleveland Browns. He made his most notable contributions with the Rams, catching 27 passes for 305 yards and five touchdowns in eight regular season games.

He then reeled in 21 passes for 288 yards and two touchdowns in the playoffs and made a very nice play in the Super Bowl against the Cincinnati Bengals to give the Rams the lead early on.

Of course, he went on to tear his ACL in the game, and that’s the reason why he has yet to appear in a game this season. He very well might’ve won MVP honors in the contest had he not gotten injured.

If last season were any indication, he still has a lot left to give. Besides the Cowboys, teams like the New York Giants, Kansas City Chiefs, Buffalo Bills and San Francisco 49ers have been linked to the one-time Super Bowl champ.

Only time will tell what team ends up winning the Beckham sweepstakes, and it’ll be something to keep an eye on as the offseason gets closer and closer.