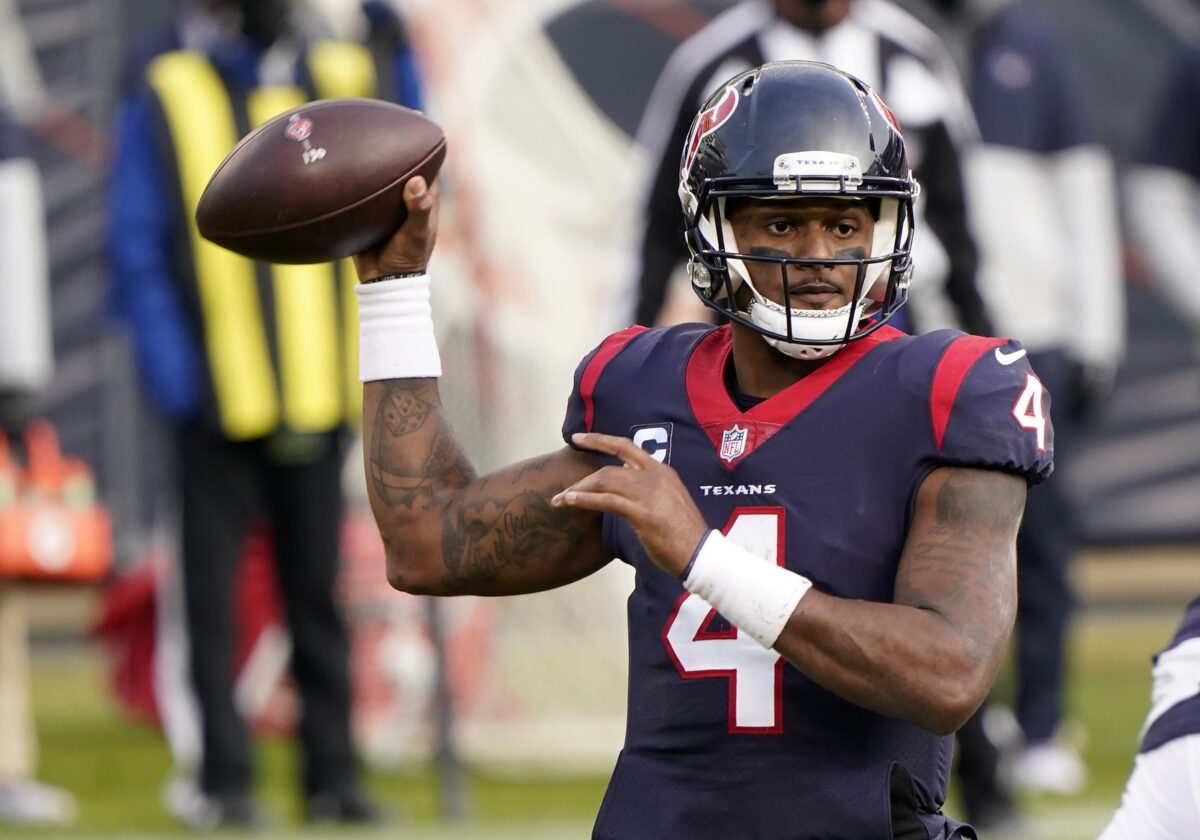 The likelihood of Houston Texans quarterback Deshaun Watson remaining with the team in 2021 dwindled further after he indicated to the team’s new head coach, David Culley, that he has no interest in playing for the team again.

Per sources, Texans QB Deshaun Watson met with new Texans head coach David Culley last Friday. In that meeting Watson reiterated that he wants to be traded and told Culley he has no intention of playing for the Texans again. No change from Watson's end. He remains dug in.

Watson’s unhappiness with the Texans became public after he indicated that the Texans reneged on their pledge to include him in the hiring of a new general manager and head coach.

Since then, Watson’s name has been linked in possible deals with multiple NFL teams, though Culley indicated that he believes Watson will stay with the team.

Despite the Texans having a miserable 2020 season in which they finished 4-12, the 25-year-old Watson had the best season of his four-year NFL career.

Watson completed 382 of 544 passes while throwing for 4,823 yards and 33 touchdowns. Despite that huge amount of pass attempts, he only tossed seven interceptions during the campaign.

If the Texans are unable to convince Watson to change his mind, a trade would presumably bring back a large number of assets to the Texans.

As of right now, the Texans have no draft picks in the first two rounds of April’s NFL draft because of past trades.

Dealing away Watson might help fill those gaps, but trying to replace a player who’s thrown for over 14,000 yards and tossed 104 touchdown passes over the past four years would be a huge challenge.