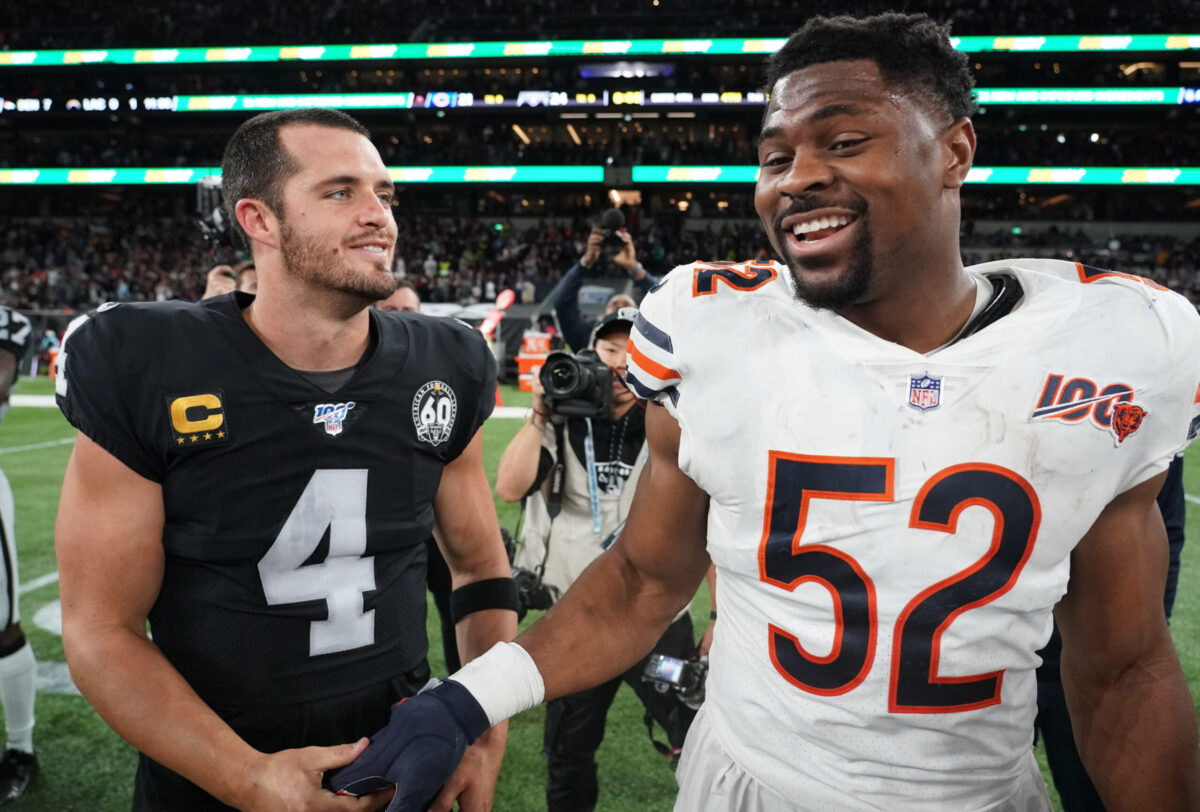 The Las Vegas Raiders reportedly made an effort to reacquire standout linebacker Khalil Mack earlier this year from the Chicago Bears, but were quickly shot down.

Vic Tafur of The Athletic noted that the Raiders asked the Bears as the annual free agency was set to begin, given the Bears’ salary cap concerns, but that request went nowhere.

“The Raiders have had a glaring need for a proven pass rusher since trading Mack to the Chicago Bears nearly three years ago and when free agency opened in March, they targeted and planned to sign Yannick Ngakoue,” Tafur wrote.

“But before they did, they made a phone call, league sources said.

“Would the Bears be interested at all in trading Mack back to the Raiders?

“The Bears had significant salary-cap issues — which forced them to release All-Pro cornerback Kyle Fuller and restructure several contracts — and the Raiders thought it was worth a shot. The Bears were not interested, sources said, and the Raiders went ahead and signed Ngakoue to a two-year, $26 million contract.”

When the Raiders traded Mack to the Bears in 2018, the Raiders received four future draft picks, including the Bears’ first-round selections in 2019 and 2020.

The Mack deal came during the first year of Jon Gruden’s second tenure as the Raiders head coach after talks about a contract extension with the linebacker collapsed.

Three years later, the Raiders’ efforts to reach the postseason are relying on their need for players who can get to the quarterback. Mack remains one of the best players to do that, but unfortunately for the Raiders, he’ll keep doing that in a Bears uniform.