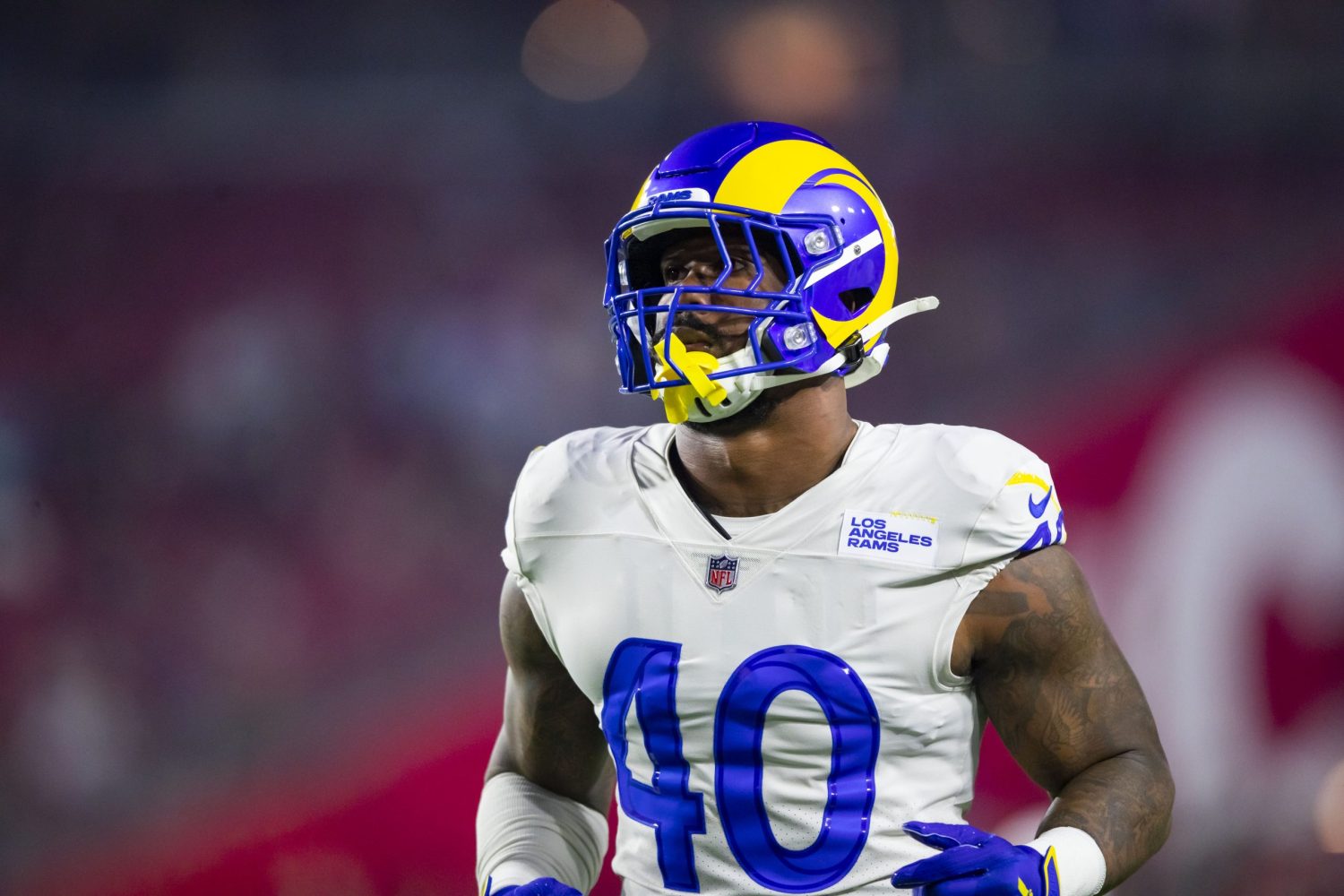 On Monday, Nov. 1, the Los Angeles Rams made headlines by trading multiple draft picks to the Denver Broncos in exchange for star linebacker Von Miller.

The deal is a big splash, as Miller has made the Pro Bowl in eight of his nine seasons in the NFL, including the last six consecutive campaigns.

The feeling around the league is that L.A. is going “all in” on winning the Super Bowl this season.

The first time the Rams did reach the Super Bowl as a Los Angeles team, it blew a lead against the dynastic “Steel Curtain” Pittsburgh Steelers squad. The second time came three seasons ago when they struggled mightily against the New England Patriots.

Naturally, Angelinos are dreaming of a long-awaited ticker-tape parade through downtown Los Angeles for the Rams, as some feel the team is the favorite to win it all now.

But does the addition of Miller really put the Rams over the top?

Last season, the Rams were one of the NFL’s top defensive teams, both against the pass and the run. Rams head coach Sean McVay’s crew was tops in points, yards and first downs allowed, as well as third in yards per rushing attempt.

This season, the Rams’ defense has not been as stout, as its ability to stop the run and limit yards gained by the pass have regressed.

One would think that Miller’s addition would help plug some holes defensively for L.A. given his ability to pressure and sack opposing quarterbacks, and especially considering who he will be complementing on that side of the ball.

The Rams defense is stacked 🤯 pic.twitter.com/WHI6Oz6ujv

Aaron Donald and Von Miller have combined for 201 regular season sacks. Nothing to see here.

At the same time, the Rams’ offense, which was mediocre last season, has improved, and the chief reason is that they swapped Jared Goff for Matthew Stafford during the offseason.

With Stafford under center, the Rams now have a quarterback who they can rely on to make big plays. At least statistically, he is looking like one of the NFL’s best quarterbacks so far this season, with a passer rating of 118.0, which is second in the league.

The former Detroit Lions signal-caller is also second in passing yards and touchdowns, trailing only the legendary Tom Brady in both categories.

Stafford’s presence has certainly helped wide receiver Cooper Kupp, as he has 10 touchdowns and 924 receiving yards through eight games this season. In 15 games, last year he had 974 yards and just three touchdowns.

As well as Stafford has been playing, it should be noted that despite being a 13-year veteran, he has yet to win a playoff game.

Yes, some of that isn’t his fault, as the Lions were never a very strong team during his tenure with the franchise. Still, it is uncommon for a QB who has never won a postseason game to lead his team to a Super Bowl title.

At the same time, there are a couple other teams with quarterbacks who have won it all standing in the Rams’ way. Yes, L.A. is 7-1 and tied for the best record in pro football. However, so are the Green Bay Packers, and Aaron Rodgers is putting together yet another impressive season.

Meanwhile, Brady is still arguably the best quarterback in the game right now, and his Tampa Bay Buccaneers are 6-2. As the defending champs, Bruce Arians and crew have the confidence that comes with knowing how to win big games.

In the AFC, if the Kansas City Chiefs, who are currently 4-4, get it together and go on a surge to end the season, they would certainly be a handful for the Rams in a potential Super Bowl matchup. They just pulled off their own blockbuster trade, snagging three-time Pro Bowl defensive end Melvin Ingram, a move that will certainly help their problematic defense.

Let’s not forget that the Chiefs have appeared in the last two Super Bowls and won it all just two seasons ago. Plus, they possess superstar quarterback Patrick Mahomes, who may be struggling but is still a huge threat on any given Sunday.

In the end, the Rams should not be considered the odds-on favorites to hoist the Vince Lombardi Trophy this winter.

There are simply too many rival teams and great quarterbacks who have the type of big game and championship experience that L.A. just doesn’t collectively have right now.

Having said that, the Rams are certainly looking like legit championship contenders, and it certainly wouldn’t be a stretch to picture a Super Bowl celebration for them in downtown Los Angeles sometime in February.