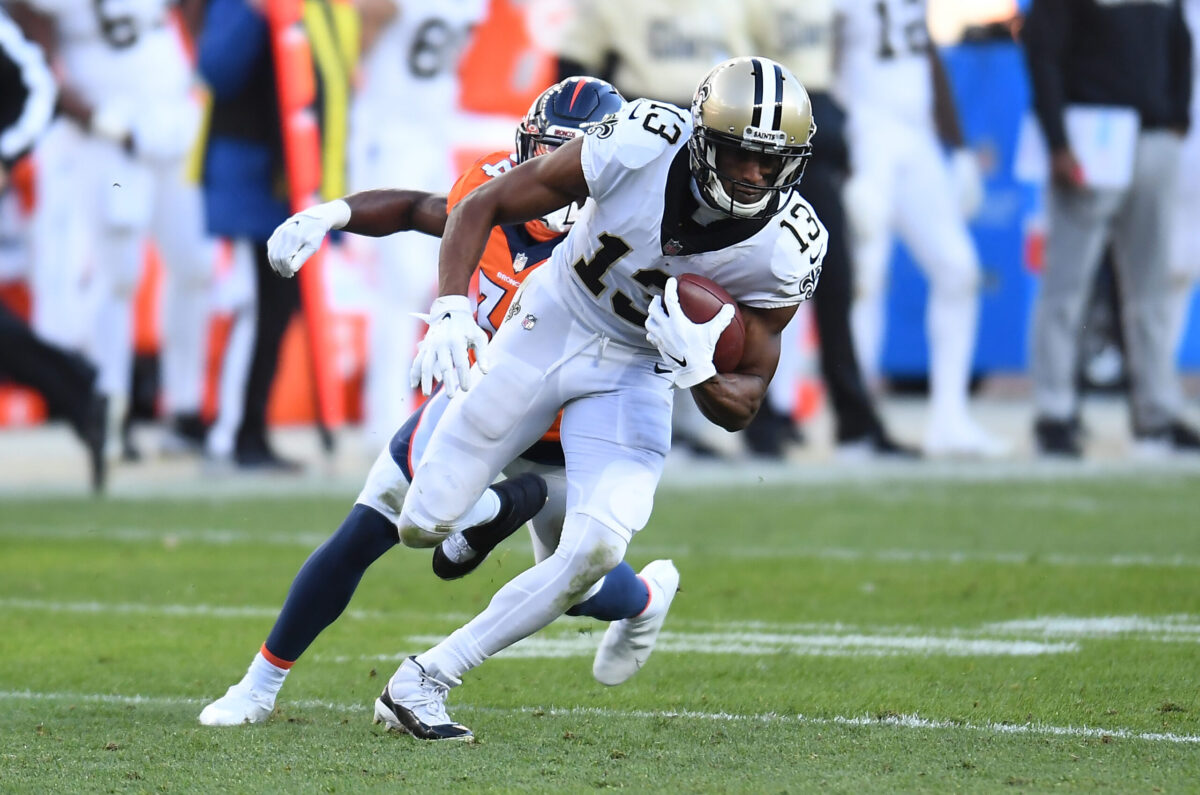 The moves were made with an eye toward the upcoming start of the league’s new year on March 16 and affords the Saints the opportunity to try and improve their roster.

Thomas, who turns 29 on March 3, sat out the entire 2021 season because of ankle issues. That followed a 2020 campaign in which he was limited to just seven games.

Prior to those injury woes, Thomas ranked among the elite receivers in the NFL. During his first four seasons in the NFL, he caught 470 passes for 5,512 yards and 32 touchdowns.

There had been some thought that the Saints might consider dealing Thomas to another team. However, it’s clear from this move that the team is expecting a comeback year from the three-time Pro Bowler.

Ramczyk, who turns 28 in April, battled his own injury concerns in 2021, playing in just 10 contests. That came after four solid seasons as a key part of the Saints’ offensive front.

Even with these financial considerations, the Saints are still in need of making additional moves. Prior to the restructuring of Thomas’ and Ramczyk’s deals, the Saints were projected to be over the cap by an absurd amount.

Saints were projected at $76 mil over the cap coming into the weekend. Michael Thomas and Ryan Ramczyk moves should bring that number down to $50 mil.

The Saints will have a new look on the sidelines this season, as new head coach Dennis Allen is set to replace Sean Payton, who stepped down, in that role. Allen had been the Saints’ defensive coordinator prior to his promotion.