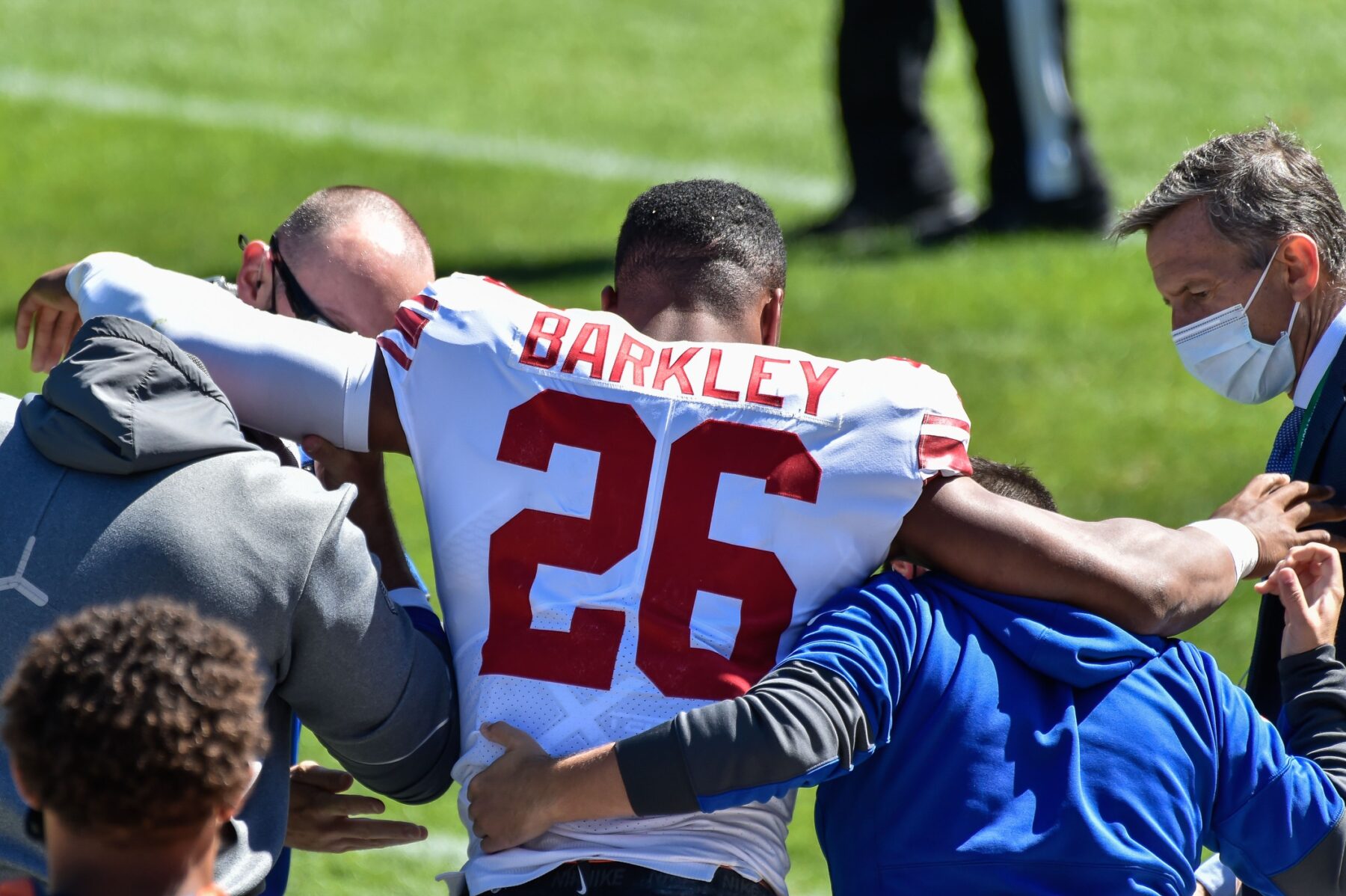 The New York Giants appear pessimistic about the chances of running back Saquon Barkley returning this season after the third-year player suffered an apparent torn ACL on on Sunday.

Jordan Raanan of ESPN.com indicated that Barkley was undergoing X-rays, with a final determination to be made on Monday.

“One source said a torn ACL was ‘certainly within the realm.'”

When Barkley left the field following the injury, he appeared to be in severe pain. That image and the likely diagnosis blow a huge hole in the Giants’ rebuilding efforts for 2020.

Barkley, the second overall pick in the 2018 NFL Draft, had come off consecutive 1,000-yard seasons and was looking to be the centerpiece of the Giants’ effort to bounce back from three straight miserable seasons.