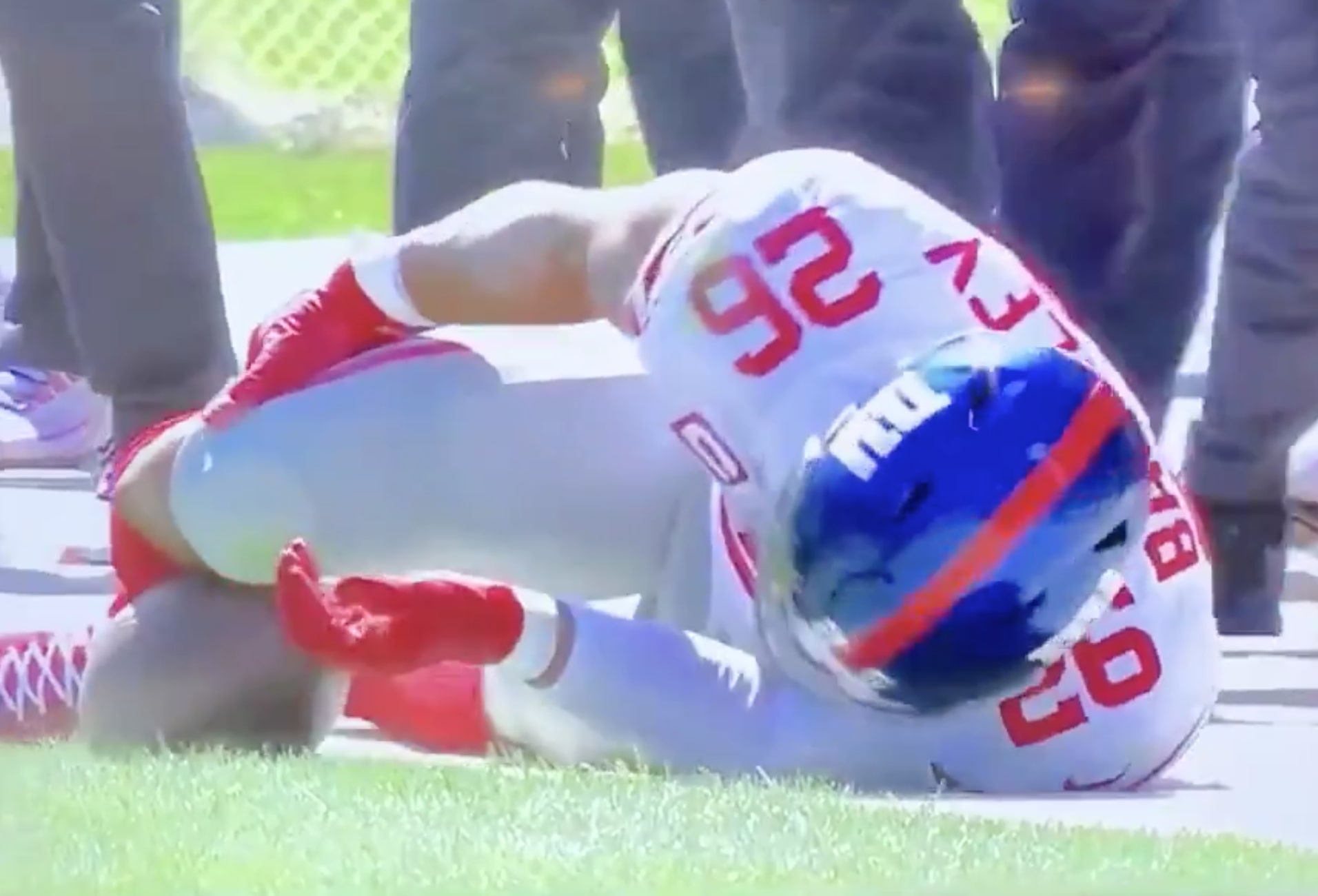 New York Giants running back Saquon Barkley left Sunday’s game against the Chicago Bears with what appeared to a severe injury to his right knee.

The Saquon Barkley injury. Looks to be a right knee.pic.twitter.com/XfhQxEiyaa

Barkley was the second overall selection in the 2018 NFL Draft and had rushed for 2,310 yards and 17 touchdowns during his first two seasons.

Losing a player of Barkley’s caliber so early in the 2020 season would put some severe stress on the Giants’ ability to bounce back from a 12-36 record over the previous three seasons.

Last week in their 2020 opener, Barkley only rushed for six yards in the Giants’ loss to the Pittsburgh Steelers on Monday night.