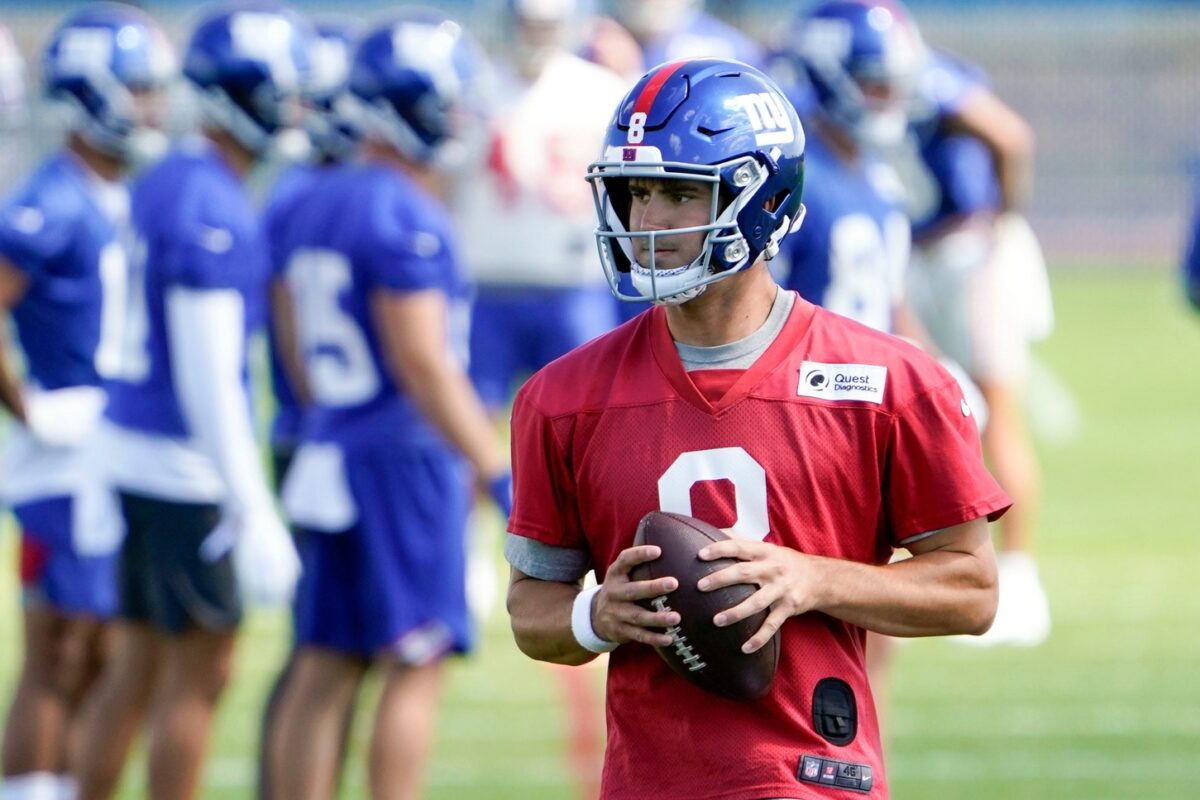 The New York Giants’ training camp was enlivened with a reported brawl involving players, with quarterback Daniel Jones finding himself on the bottom of the pile.

Head coach Joe Judge made the team run 100-yard sprints and do push-ups after practice, per @RVacchianoSNY 😳 pic.twitter.com/MlTh2VzPYA

What reportedly started the fight was a hard hit on running back Corey Clement. That was followed by safety Jabrill Peppers getting hit late by tight end Evan Engram, who was then hit from behind by safety Logan Ryan.

Giants head coach Joe Judge’s dim view of the incident was clear thanks to his quick discipline in response to the chaos.

Big brawl during a team period. There was a big hit on Corey Clement downfield, Evan Engram shoved the tackler (didn’t see who it was) and then Logan Ryan nailed Engram from behind. Whole team got involved. Joe Judge is livid. Full team sent to run sprints.

In truth, fights at NFL training camps are not a rare sight. The highly competitive atmosphere often leads to tempers boiling over.

The Giants can’t afford to spend much time dwelling on the issue, considering that they’re trying to erase a disappointing 6-10 season in 2020.

The team’s presence within the weak NFC East put them in a position where they could have made the playoffs despite having a losing record.

On Aug. 14, the Giants will face the New York Jets. Their first regular season game is set for Sept. 12 against the Denver Broncos.