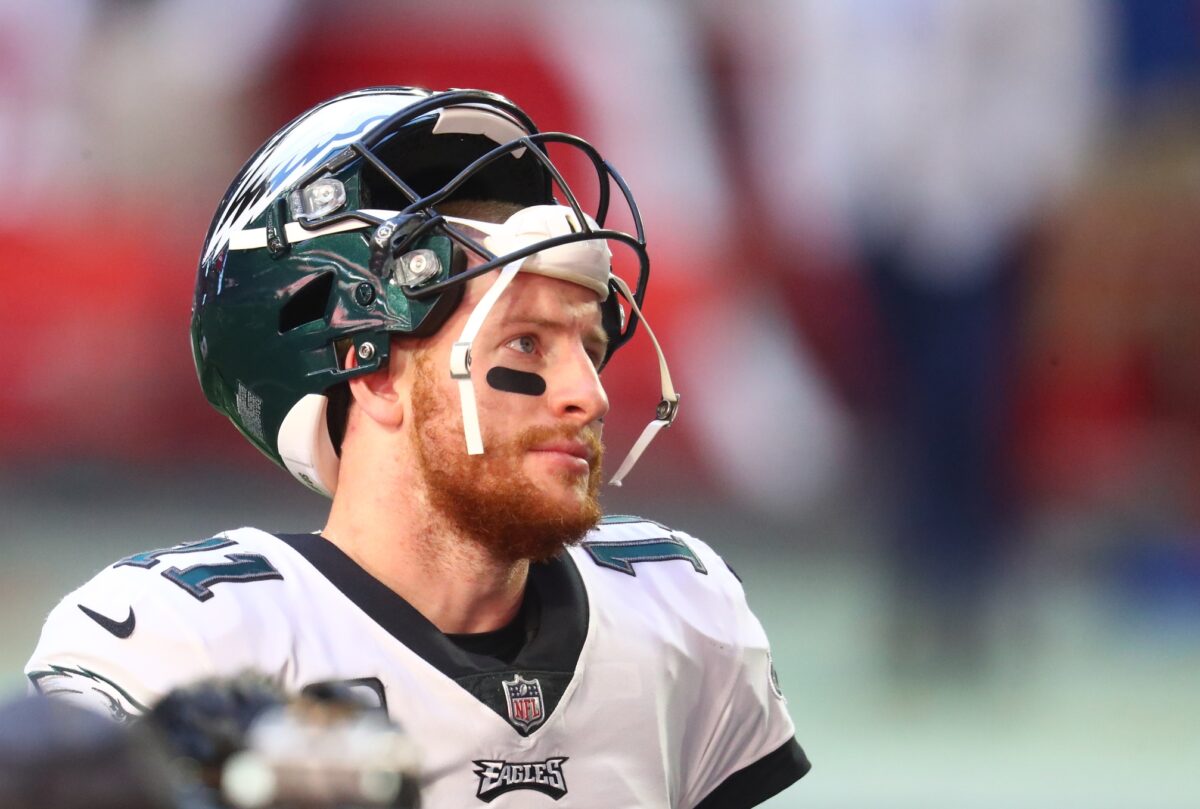 A new report indicates that teams around the NFL believe the Philadelphia Eagles will ask for a first-round pick in any deal for their struggling quarterback Carson Wentz.

After asking around on Wentz, some teams closely evaluating the QB market thinking deal happens sooner than later, but they believe #Eagles GM Howie Roseman wants a 1. Unlike Stafford sweepstakes, don't think this is huge field of teams, in part due to contract ($47M over 2)

The 28-year-old Wentz was the second overall selection in the 2016 NFL Draft and quickly developed into one of the league’s top quarterbacks.

However, after Wentz suffered a season-ending injury in 2017, his performance steadily declined and he was benched this season in favor of rookie Jalen Hurts.

Less than two years ago, the Eagles appeared to be fully confident that Wentz would return to his earlier form, rewarding him with a lucrative contract extension. Yet, that promise soon turned to frustration and likelihood of Wentz moving on to a new team.

Wentz started the first 12 games of the 2020 regular season but remained on the bench for the rest of the campaign, ending the year with 16 touchdown passes and 15 interceptions.

As noted, Wentz’s remaining contract could have an impact on exactly how many teams are in the mix to acquire him.