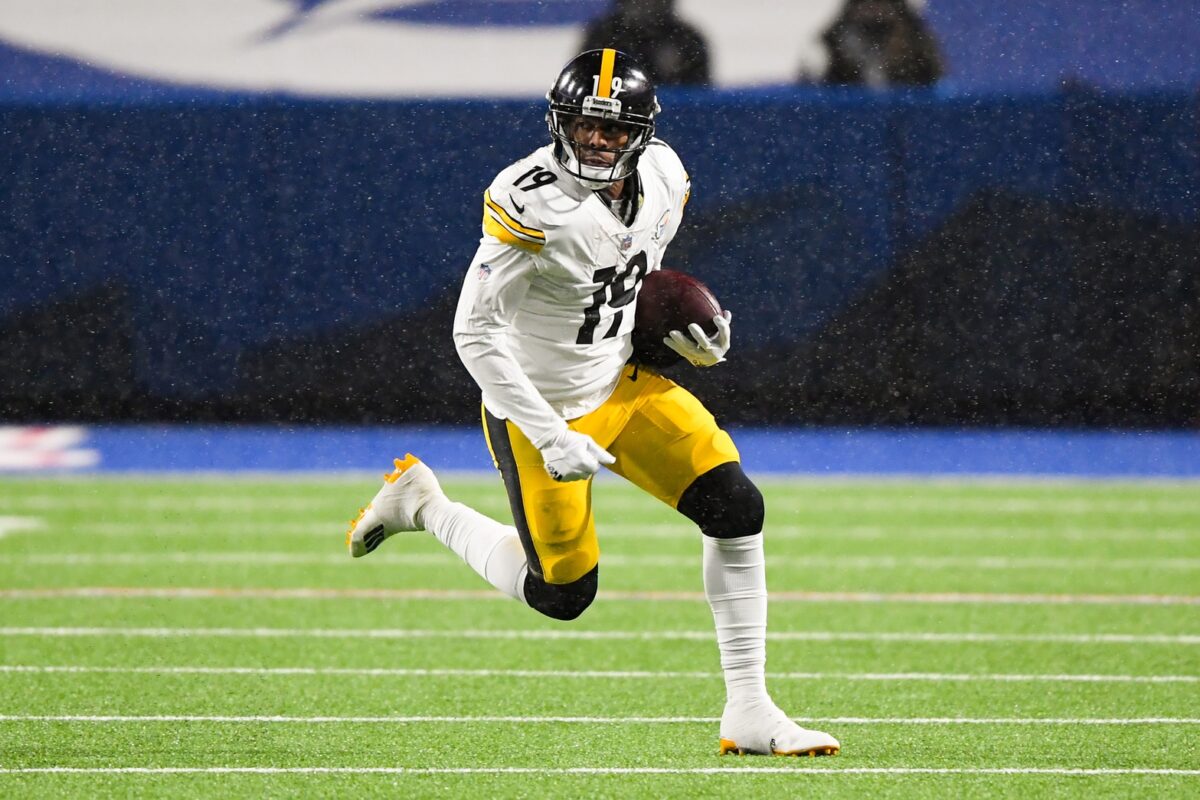 This is my home, they’re gonna need a wrecking ball to take me outta here! PITTSBURGH I LOVE YOU, LET’S GO!!!!! 💛🖤💛🖤 pic.twitter.com/SPFvCLUmFl

Here’s the interesting part on Steelers’ WR JuJu Smith-Schuster’s one-year deal with Pittsburgh: the Ravens made a hard push to sign him and he wound up taking significantly less money to go back to the Steelers, per sources.

The 24-year-old Smith-Schuster reportedly received a larger offer from the rival Baltimore Ravens, but he instead chose to stay with the team that drafted him in the second round of the 2017 NFL Draft.

During Smith’s four seasons with the Steelers, he’s been a regular part of their passing attack.

However, Smith-Schuster’s production hasn’t come without some controversy. The wideout made a point of dancing on opposing teams’ logos last season.

Such actions reportedly led to his mother receiving death threats.

The Steelers recently agreed to bring veteran quarterback Ben Roethlisberger back for another season after a disappointing end to their 2020 season.

After starting out with 11 straight wins, the Steelers dropped four of their last five regular season games before losing to the Cleveland Browns in the opening round of the playoffs.

Smith-Schuster’s passion for playing with the Steelers is clearly evident. With his new one-year deal, it will be interesting to see if that passion remains when free agency comes around next year.