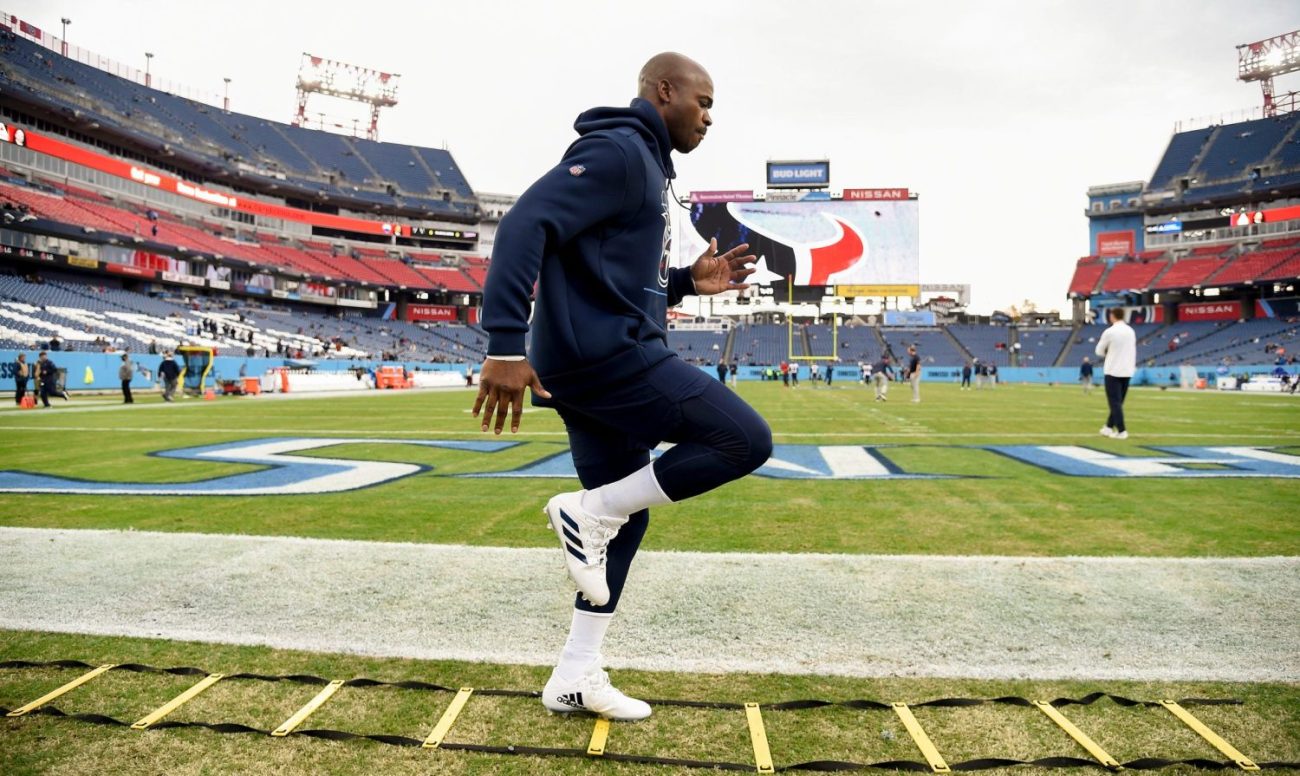 After news broke that Derrick Henry’s season could be over, the Tennessee Titans are reportedly set to work out 36-year-old running back Adrian Peterson as a potential replacement.

The #Titans are expected to work out veteran RB Adrian Peterson this week, sources say, in the wake of the Derrick Henry foot injury. Tennessee could replace the MVP candidate with one of the greatest running backs of all time.

Henry suffered a foot injury in the Titans’ 34-31 overtime win over the Indianapolis Colts, with an MRI set for Monday to determine if his season is over.

Peterson last played with the Detroit Lions in 2020, but spent a large portion of his career as a standout running back for the Minnesota Vikings.

Over the course of his 10 seasons as a member of the Vikings, Peterson gained 11,717 yards. He’s gained 14,820 over the course of a career that began in 2007 and has him destined for a spot in the Pro Football Hall of Fame.

Even if Henry is able to return this year, it may be a while before he could take the field again. Without Henry in the lineup, the Titans currently only have running backs available that have gained minimal yardage this season.

Henry led the NFL in rushing in each of the past two seasons, gaining 2,027 yards last season. He has collected 937 yards on the ground this season.

The Titans currently have the best record in the AFC at 6-2 and are trying to build toward what they hope will be a deep playoff run. On Sunday night, they have a road matchup set against the Los Angeles Rams.